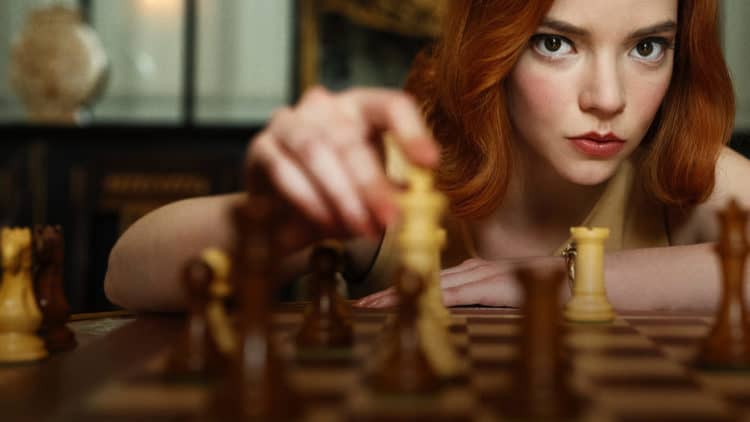 People have been talking about The Queen’s Gambit since before it came out and now the question is this: should there even be a season 2? It sounds as though there’s no official decision as of yet when it comes to bringing the show back, but many people are divided on the idea for their own reasons since some believe that the story could in fact continue and be just as effective moving forward, while others would rather it become a one-season wonder and remain that way to keep the integrity of the show. This is a dilemma that has been found to be kind of problematic over the years and yet has a seriously big problem since upholding the idea of keeping shows to one season only is bound to upset some folks, but continuing the series and letting it become a watered-down version of itself that only gets worse with each new season is another issue that people will take note of. To be fair, moving forward often brings new chances to do something great, but a lot of folks are feeling that the first and so far only season of the show is enough and that trying to push it any further would be a big mistake. In such instances, it’s kind of hard to know just which way to turn in order to make the best decision, but it’s easy to note that eventually that decision will be made, no matter how many will approve and how many will speak against it.

There are bound to be plenty of people that will believe that the ending of the season was open enough to allow another season to pick up and run with the idea, while there are others that would say to leave it alone and let it stand on its own as an impressive and popular miniseries that was given all the story it needed. The trick of any project is to know when it’s time to say enough and just move on, and it almost feels as though those in charge might be gearing up to make a mistake by creating another season when the show had a pleasing front to back, or start to finish ending that doesn’t really need to be messed with any longer. Taking a story so far has its perks since it leaves one emptied, hopefully satisfied, and confident that the story has been told in a way that might leave a lot of questions but is still complete enough that people can feel that they were given what they wanted. When a story is continued past what should be considered its prime is when it begins to degrade and eventually succumb to the hubris that has been allowed to rot it from the inside out. That sounds a little graphic and perhaps even a little melodramatic, but it’s the truth since too many stories have been rendered useless at some point by the constant and incessant need of some to keep telling them and to find a way to retell them in a different manner.

Not giving this show a second season would be a way to keep it from degrading in such a manner, and leaving it alone for a while might even make people a little more keen on bringing it back one day either as a reboot or a continuation, which might be more effective. The idea of a continuation is fairly different from that of a reboot simply because a continuation is the same story, perhaps in a different era, that can keep the story going with different characters that are somehow related to or have similar interests as the characters that started the story in the first place. Think about it, and then think about how many stories would be so much better if they had been continuations of the stories that gave rise to them instead of reboots and remakes. In this manner, a continuation is an immediate homage to the original story and a desire to keep telling it through the eyes of a different character while falling back on the characters that started the story from time to time. Unfortunately, this is not the thought of many directors and storytellers, who might want to simply pick up and start over, either citing mistakes they wanted to fix or other parts of the plot they didn’t enjoy.

This is where fiction becomes a problem however since the reset button is kind of the easy way out, and a reboot or remake, even if they do have value, becomes an excuse to push the original idea back while taking what one will without considering how fans might think about it. But in this case, we’re not talking about a continuation, reboot, or remake, we’re talking about another season, and why it would be a bad idea. The short answer is that the first season was good enough to stand on its own, and that’s the truth.