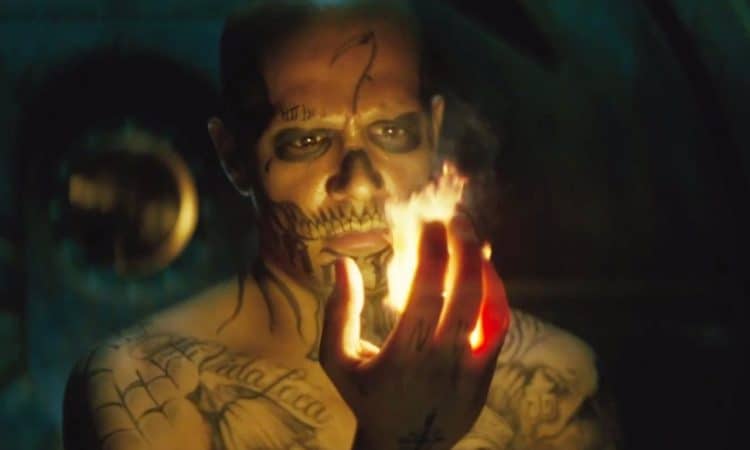 Despite the fact that David Ayer’s Suicide Squad was a major success, there’s no denying that the feature didn’t satisfy most fans who were greatly looking forward to one of DC’s most controversial comics. Part of the reason that Suicide Squad failed is due to the fact that the film was an ensemble cast featuring unknown names in the mainstream. El Diablo was one of the unknown names in David Ayer’s version and since he was sharing the screen with so many other names, his character wasn’t allowed to truly shine. Ultimately, El Diablo was killed off in the final battle to defeat Incubus and save the world from the Enchantress. The original version of El Diablo (Lazarus Lane) made his debut in the All-Star Western #2 comic in October 1970; however, the third version, Chato Santana first appeared in El Diablo #1 in September 2008. First things first, Ayer’s call to have Diablo kill his family was a mistake.

While it’s mostly agreed upon that Warner Brothers forcing changes to the David Ayer feature is one of the main reasons Suicide Squad is bad, the executives got one thing right in not wanting El Diablo to kill his family. It’s a shame that the studio gave into Ayer’s demands on that. The director’s mindset for Diablo is sound, tackling death, guilt, and redemption in his films, but David Ayer has to understand that it is hard to care about a character who murders or harms children. These are bad guys, but Suicide Squad isn’t some deep and character-driven piece that truly taps into the psyche of these people. El Diablo sacrificing himself doesn’t redeem his past actions because they’re so deplorable. Writing anti-heroes is a tricky beast. They do things that traditional heroes don’t particularly do, but they also follow a code that keeps them away from being despicable people.

That one scene when Beatrix Kiddo realizes that one of the crazy 88 members was a kid is such a crucial moment. It establishes the boundaries she’s willing to cross, plus it actually makes her likable that she doesn’t kill children. The Punisher, Deadpool, even Deadshot, who has a rule of not murdering women and children, the Suicide Squad may be filled with a bunch of villains, but most on the roster have likable qualities about their characteristic that put them in the anti-hero range. Even in a solo film, El Diablo murdering his family should be left on the cutting room floor. Him feeling grief and sorrow for his big mistake just isn’t enough to get audience on his side, even though the murder of his family was due to him being unable to truly control his powers. Santana could’ve been in vain of his original comics character, where the gang leader was left for dead following the betrayal by his second-in-command. Or, to keep in line with Ayer’s vision, perhaps Santana’s uncontrollable rage sees him accidentally kill his gang in the process.

Murder is wrong in general, but the difference here is that no kids were killed in the process. The journey of redemption is actually a good one to explore. The spin-off could follow his dirty deeds as a gang leader, who has a conscience over the horrific crimes that he’s committed. In some ways, that could make him seem weak as a leader, thus the reasoning his second-in-command stabs him in the back. El Diablo’s story actually feels more realistic than the other characters because he’s not really deeply embedded in the superhero world until he gets the curse. The El Diablo curse is rooted in revenge and punishment, and the film could’ve been an interesting commentary on violence and the justification for it. Or it could simply be about El Diablo getting revenge on the gang that betrayed him. Whatever story or direction taken for the El Diablo character; the importance is that we understand just who this man is before he ends up on Task Force X. It’s not enough just to tell audiences about the man through a piece of dialogue. We’re skipping out on a crucial moment in his life that has clearly affected his way of living. Plus, with a history as rich as El Diablo’s, we can’t get to the root of his character when he’s on the lower totem pole of the cast. I focused on the before aspects of Ayer’s Suicide Squad, though it’s also possible to completely do a new version that isn’t associated with Ayer’s version. El Diablo has three incarnations of the character, and they all have interesting layers that can be explored. It would be great if DC revisited Suicide Squad years down the road; however, the key part is that the core cast is introduced to the mainstream audience first.