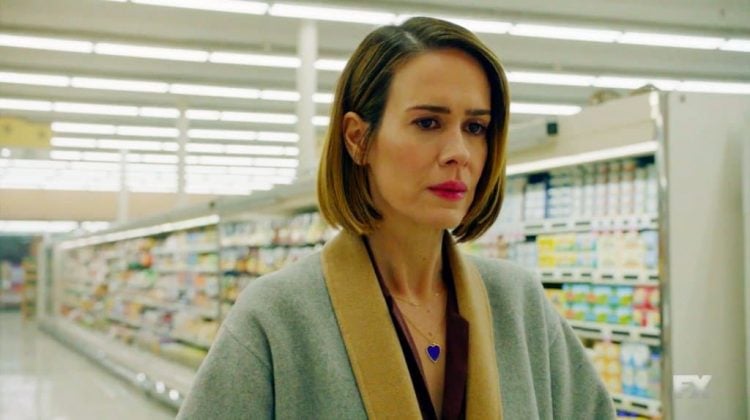 Since 2011, American Horror Story has been owning the primetime television game. The anthology series manages to reinvent itself every year, bring new frights, haunts, and terrors beyond our wildest imagination. Each season is distinctly different in tone, structure, and aesthetic, offering a huge catalog of scares, guaranteed to interest even the skeptics. But where do you start with a series that has 10 seasons? Well, stress no more; I’ve compiled a list of which season you’re guaranteed to love based on your zodiac sign! Also, as there’s only 10 seasons, some of you will have to share, but that’s just fine. Let’s get into it!

You are polarizing, Aries. The people that love you, really love you; but the people that hate you? They really hate you. Hotel delivers on gore, sex, and Lady Gaga being an absolute icon. You’ll love the old Hollywood touch that everything has (as well as the flashback scenes from the 20’s, 30’s, 50’s, 70’s, and beyond!). The costuming this season is EVERYTHING, and not just for Gaga; the entire cast gets the royal costume treatment, from Evan Peters’ debonaire 20’s murderer to Angela Bassett’s foxy 70’s disco fits. This one is sure to not disappoint!

Taurus, you are a solid choice. Kind of like Mac n’ Cheese, there are very few people who don’t like you, and you’re a comfort choice when we need something familiar and reliable. This season is still one of the greats in AHS history, holding its own against the newer, higher production seasons. You’re a classic haunted house story, with social messaging that is easy to grasp and not too saturated in the narrative. Keep being an icon, Taurus.

You are a lot, Gemini. We’ve known this for a while. As an air sign, you possess ambition that few can match, but your flaky tendencies allow you to shy away from your true greatness sometimes; and you’re easily distracted. This season has A LOT going on, and few can keep up with it the way I know you can. Not to mention, we have some really wonderful and consistent moments of comedy in this season; which can be hard to come by in AHS. You’ll be able to appreciate this season the way few can!

Cancer, you love seeing the bad guy get what they’ve had coming to them. The ending of this season will have you shouting at the TV in delight, watching as every evil situation gets justified resolution. You’re also a lover, and the endearing and authentic nature of our main character, Kit Walker, will draw you in; you’ll be impressed at how he can still have such empathy and heart after the things he’s been through. That’s the kind of hero you love. But, tuck in for a lot of religious commentary and unsightly scenes; they don’t shy away from any of that in this season.

Leo, you are the originator of so many things. As the great leader of the zodiac, you’re often the blueprint that others want to follow; so it makes sense to me that you’re the pilot season of AHS. There is a level of vanity addressed in this season, and I think that will really interest you; trying to decide who is real, and who is who they say they are. I know you’re probably not a big horror fan to begin with, so this season is a great gateway into other, more gory and intense, seasons.

Listen, Virgo, this isn’t a read. You know how much I love your boss energy. That’s sort of what made me choose this for you. You’re incredibly grounded and hard-working, and you’ve got a guilty pleasure for reality television and messy drama. This season will deliver on multiple fronts, connecting a mockumentary and a fake reality television show to a more traditional AHS narrative by the end of the season. The change of pace will keep you interested, and you will LIVE for Angela Bassett’s messy drunk actress; seriously, she’s a highlight of the season and she doesn’t even get that much dialogue.

As an air sign, you’re a true original, Libra. You’re not afraid to go against the grain when it comes to airing out your opinions. You also don’t get the credit you so often deserve. That’s why this season is your perfect match. The fanbase loves to forget about this season, even when its one of the most visually stunning and entertaining romps that AHS has to date. You’re a unique creature, and you’ll love the genuine love that these circus performers have for each other; reveling in their singularity and not being ashamed of it.

COVEN SUPREMACY! This is hands-down the best season of AHS and I’m willing to fight anyone about it. And it makes sense to me that a season that delves into the dark arts, outfitted in all-black iconic fits, with some of the funniest and most biting humor that AHS has to offer, would be the perfect fit for you, Scorpio. You’ll revel in the feminist power that this narrative holds, pitting powerful witches against powerful witches; and nary a man to get in their way. With the backdrop of New Orleans and the underground world of voodoo and hoodoo, you’re in for quite a treat with this one.

You’re known for being charming and charismatic, Sag. As the oldest of the fire signs, you have that passion, sex, drive, and intensity that is unique to fire signs; and you know how to channel that to benefit you. This season often gets shut down by fans, but in my opinion, it’s one of the funniest and sexiest seasons of AHS. Everything about it screams ’80’s’, from the story structure (the ‘final girl’) to the Jason-esque big bad (who really isn’t the big bad), you’ll love this throwback into coke-fueled and sexed-up summers by the lake.

This season is not for the faint of heart, Capricorn. You’re an intellectual, who appreciates something that requires you to use your own deduction and reasoning powers. You’re also able to handle the tension and intensity that this season brings. Evan Peters is in peak performance mode, serving what I can only describe as “a truly unhinged mastermind with nothing left to lose”. It’s my personal favorite season, with Sarah Paulson pulling up right behind Peters as a behemoth of force and tension. It gets dark, Capricorn, but you’ll love every second.

I mean, this half of season 10 is all about aliens and conspiracy theories; so of course you were going to get it, Aquarius. You’re the great conspiracy theorist of the zodiac, it’s what you’re known for. You’ll love the timeline shifts between a noir drama set in the 50’s and an alien testing facility in the present day. There are some unsavory bits (I don’t know why Ryan Murphy thought we wanted tentacles, but we’ll never know), but you’re no stranger to the macabre and grotesque. You won’t be able to look away, so buckle up, Aquarius.

Pisces, you so often don’t get the credit you deserve. Up until the last two episodes of this first half of season 10, you were one of the greatest AHS outings we’d ever seen. You rivaled the greatness of Coven and Cult, serving a story that wasn’t just about vampires; at its core, it’s about human fallacy and our inability to believe in ourselves. It’s a beautiful story about the toll of creativity and art, as well as addressing the opioid crises that so many forget still exists. And the last scene, with Sarah Paulson at the edge of the ocean? Television gold.