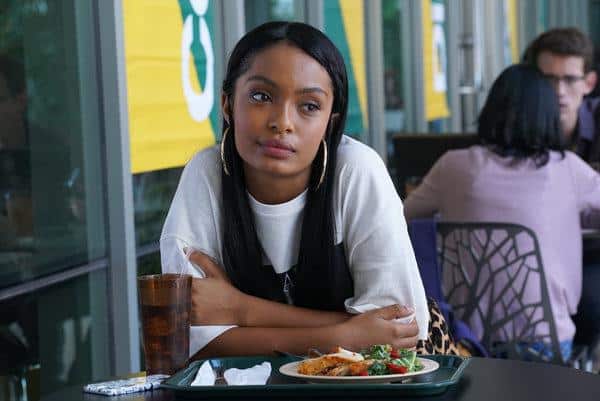 Acting for some comes naturally, but for some, we see them struggle so hard on the screen that we no longer want to watch them. Yara Shahidi became a fan favorite and popular after being on “Black-ish” at the age of 14. The girl is now all grown up, and she, therefore, became the star in “Grown-ish,” a spin-off of “Black-ish.” In the series, she heads to college and is away from her parents for the first time, with all the freedom she could ever want. However, apart from just being stars, actors also learn from their characters and here is what Yara Shahidi has learned from her “Grown-ish” character.

Being indecisive is powerful

According to Yara, the freedom to be undecided is as powerful as the need to be decisive. She explained that the modern world has taken politicizing our bodies seriously which in turns means that every move we make will impact the world negatively, whether we like it or not. We, therefore, are forced to think carefully about what we are doing, but that is not the case with being Zoey on “Grown-ish.” The show has created this illusion of freedom of indecisiveness by having a space in which everyone can live their lives to their fullest without worrying about consequences. To Yara, that ability to live not caring about consequences is the show’s platform of portraying what it means to be brown on-screen. The series, therefore, has episodes in which the characters “just live,” and to Yara that freedom is powerful.

Yara has had a lot of her “firsts” on camera, and slow dancing with a boy was one of them, and all the time she thought she has never gotten that close to anyone before, other than her mother. Some other “firsts” on the show were fake for instance the episode where she took Adderall to keep up with classwork and her social life; it was not the drug but rather a sugar pill, a fact she emphasizes.

Yara also gets to have a dating experience for the first time through Zoey, her character. For Yara, it is good because of how the character experiments for her what she would never do in real life which then becomes life lessons learned. She falls in love and gets her heart broken, and it prepares her for what she will experience when she starts dating; something that is inevitable Now that she is heading to college and is already 18, it might have just prepared her for many more slow dances to come; after all, she is a bright and beautiful young lady who will sweep many young men off their feet.

Acting as Zoey, the character attends college for the first time and Yara, the experience has been an eye-opener for so many things. Yara is a Harvard University student, and the college experience in the series prepared her for the real-life experience that awaited her. Before heading to Harvard, she hoped that the experience would be different from the acting in a few ways. For instance, in the show, she had to juggle among three boys who were drooling over her, and she had to pick one eventually. She did not think that at Harvard that would be the case, saying that she did not expect three guys to pine over her.

Another thing was the taking of Adderall; the show focuses on how teenagers are lured into the drug’s addiction all in the efforts to keep up with college life. For Yara, taking Adderall was an emphatic no, and she is thankful that Grown-ish taught her a lot about college life. Still, the hopes for a different experience was because Yara did not want to have lived her life as a college student on TV, saying if that happened, it would have robbed her of her own college experience which she was looking forward to when she got accepted to Harvard in 2017. Therefore when she headed to college, she was excited to be in a new environment, both the educational and social settings.

Yara reveals that her fake college experience has enabled her to be more confident; therefore in Harvard, she can share advice with her fellow students. Besides, being Zoey has also made her famous in her real college