Home
Entertainment
What Has Chandler Riggs Been Up to Since his Walking Dead Exit? 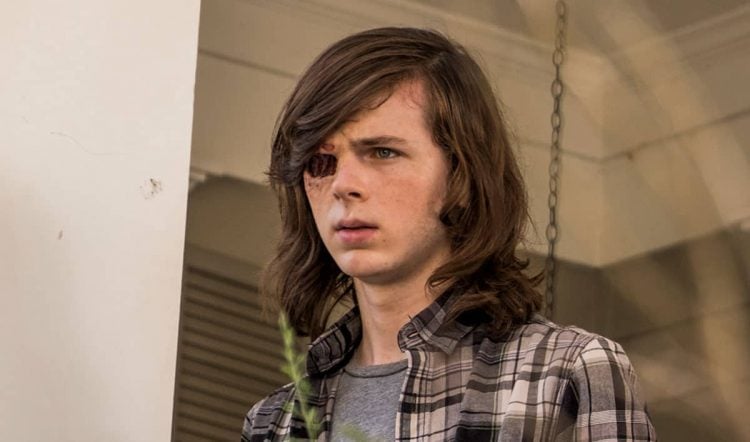 When you spend so much time on a particular show, especially from your younger years up to young adulthood, it kind of makes a person wonder just what they’re going to do when the show is over or when their part is no longer needed. But with Chandler Riggs, Carl from the Walking Dead to many fans, it’s kind of hard to say what he might go on to do next since a good chunk of his life was dedicated to this show. Alex Zalben goes into a few descriptions of what Riggs plans to do or might do now that he’s lifted from the whole idea of TWD, but whether or not he’ll choose certain paths that take him away from the show altogether is kind of irrelevant since it’s easy to agree that he’ll always be part of the TWD family. He was Carl Grimes after all, the son of one of the original cast members and, if you think about it, one of the few remaining original cast members still alive before his exit.

Curt Oglesbee from 1428 Elm wrote a few months ago that Chandler had found his way onto another TV show after being unemployed for nearly a year, which is hard to think about since it means that Carl has been gone for a while now. But whether that show is going to keep moving forward isn’t certain. In fact some people are still grousing a bit about the fact that in the comics Carl is still alive and is still one of the major characters. The show obviously pivoted away from certain points of the comics and this could be why it’s been dropping in ratings for a while. People that have been reading the comic book got used to certain characters and were no doubt confused when some of those that were supposed to be dead were allowed to live while others that were supposed to live for a while died the fastest. Andrea for instance was definitely a gripe, as was the inclusion of Daryl until he turned out to be an absolute favorite. Carl though is someone that has had a tremendous amount of development throughout the show since he came in as a little kid and eventually grew into a young man with an idealistic view in a time when such a thing was bound to get someone killed.

Sadie Gennis from TV Guide had a little bit to add when it came to the decision to allow Carl to exit the show, writing that it was Scott Gimple, the showrunner at the time Chandler was made aware of his exit, who told Chandler and his family the news. Obviously it was heartbreaking since he’d already been told he was going to be sticking around for a while. He’d even bought a house apparently to be closer to the set, and was enrolled in college as well. Needless to say Chandler’s father had plenty to talk about when it came to stating just how his son had been played and taken advantage of. He was told by AMC to take his comments off the internet however and has since done so, but has remained vocal about how his son was treated for a while following the incident.

So Chandler was a bit devastated, that much is true, but he was also free to do what he wanted and for a while it seemed like he might have just taken his time and relaxed for a bit. Eventually though he did manage his way back into show business and has reportedly been doing just fine ever since. There are a lot of different choices he can make at the moment and education seems to be a likely one eventually since he’s been seen to be an intelligent young man that wants to keep things moving in his life and make certain that he’s got an education as well as a reputation under his belt as he moves on. Apart from that though it does seem as if he might stick with show business for the foreseeable future and will continue to find roles that will help to beef up his resume and make him a little more appealing to those that might want to hire him on.

That being said you can also bet that you’ll be able to see him at the occasional convention now and again signing autographs and taking pictures with the fans since as part of The Walking Dead family people aren’t bound to forget him that quickly. He was a big part of the show after all and is someone that people still talk about so thinking that he’s just going to up and go away is kind of silly to be honest. Even if he’s not on the show any longer he’ll still be a favorite character.