Home
Television
Vegas
Vegas Review and Preview – Things are getting interesting in Vegas! 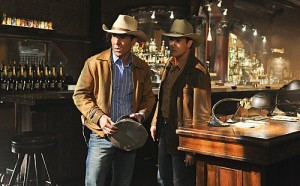 Last week’s Vegas may be my favorite episode so far.  We saw Savino challenge his new ‘boss,’ Jack teased for more with Mia, and Ralph got kidnapped!

The episode opened on the very moment that the Sheriff was taken.  As he headed into Vegas Bank and Trust he’s knocked out and taken…somewhere.  It’s all very dark and mysterious and then we’re pushed back, 58 hours earlier in the story.

All seems calm in the opening minutes of the “Paiutes,” despite Dixon being threatened with a rifle for messing with a man’s wife.  While seemingly irrelevant to the greater story, the situation gives us a reminder of how good of a Sheriff Ralph is, handling the situation calmly and with a friendly air, as he protected his son.  Over at The Savoy (presumably) we also see Jack and Mia’s morning — playful and flirtatious, though Mia is insistent that Jack has to have some kind of angle when it comes to her before heading off to investigate a sketchy poker game in a private suite.  A newcomer to Vegas, the room’s host Cole is beating some of the best players in The Savoy and Mia is rightfully suspicious.

Things slip further downhill on the casino floor.  Savino is approached by one of his investors for the Tumbleweed, Farwood, who is angry that all of the relevant bank accounts have been cleaned out.  However, Savino has no idea how this could have happened and must assure Farwood that it will all be figured out.

After the commercial break we are once again shown Sheriff Lamb: captive, being held in a trunk before being thrown back in the timeline by 56 hours.

Of course, it’s still early on the day in question and Jack is just getting into the station, claiming traffic as an excuse for his tardiness…though, everyone seems to know where he was.  He and Ralph then get tossed into a case based on a suspicious phone call that had come in from Monty’s Turf Club.  The two go to investigate, finding the bar empty just moments before two men come out with the man who made the phone call and an officer who had been sent over earlier, as hostages.  The officer is let go, however the two mysterious men take the caller back, light him on fire and run.

It’s discovered (after yet another scene of Ralph being drugged and dragged away), that their main man is thief Nathan Auster, and after speaking with his mother, it becomes clear that Nathan has been essentially brainwashing his brother Russ to be his partner under the guise of seeking revenge for the way bars and clubs helped their father spiral to his death.  The Lambs head to cut Nathan and Russ off at the cement factory where their father worked and find themselves in a shoot-out with the boys, in which Ralph is forced to kill Nathan while Russ drives off.

Meanwhile, things at The Savoy get messy for both Savino and Mia, when Johnny tells Savino that he’s the one who moved the money.  Johnny, incredibly confident in himself, apparently “invested” some of it and sent the rest back to Chicago — an act which severly angers Savino.  Now, Savino is forced to figure out how to fix the mess that they’ve been thrown into or risk losing the Tumbleweed.  However, he and Johnny seem to have differing opinions on how to solve their problem.  Savino honestly rounds up enough money to pay back the debt, while Johnny takes a more…direct approact.  He catches up with Farwood when the banker’s tire blows in the desert, and basically threatens him to not say anything regarding money to Savino again.

For Mia, it becomes very clear that their new card player, real name: Hal Witford, is up to no good, so she sets to speak to Jack about it who then insists on being put in the game.  Though Jack isn’t entirely convinced yet, Mia concludes that he has to be cheating, and thus finds his spotter in the room one floor up, nearly invisible holes in the floor, reading the players’ cards to Witford via Morse code.  While Jack may not be able to arrest him just yet, they can certainly hold all of his “winnings” as evidence.

It would seem that all is well for the casino.  That is, until Savino and Johnny arrive at what they believe is a dinner of peace with Farwood and find themselves captive of a group of vigilantes.  It’s here that we finally find out the meaning behind the episode’s title.  During his monologue, the lead captor asks the mobsters “have you ever heard of the Paiute?”  According to him, a couple of wild boys in the group once raided and destroyed a homestead, killing an entire family — and they had to pay.  Obviously concerned for his life Savino offers up the Tumbleweed in exchange for their lives.  Afterall, folks like Savino are the ones who know how to build the land whilst the valley is past its prime.  He offers to run the casino for them, provided they walk out alive.

And even though they do, Johnny is more than a little steamed.  The two end up arguing over the issue of the Tumbleweed and Savino’s place in the organization…and his life, end up put in a rather precarious position.

But, you do remember that Ralph ends up captured, right?

After receiving a call from Russ, threatening and warning that he’s coming for the Sheriff, Ralph heads off to the bank with the money to be kept as evidence in the Witford case, where he is…yes, kidnapped, presumably by Russ.   The storyline is only fed by the station’s learning that Russ is still in Vegas, rather than Arizona where they believed he took his car, and their finding of Ralph’s car beside a bloody sidewalk.  But ah-ah-ah, not so fast.  Information quickly comes in that Hal Witford has been pulling the same casino scam all over, and he even killed the security guard who last discovered him.  So the only logical leap is that he is the one holding Ralph captive, not Russ.

Speaking of the good Sheriff, he’s a little busy cutting himself free of the bindings around his wrists and ankles as he is slowly being buried alive.  He manages to get loose and pulls Hal down into the hole to fight it out.  The two struggle, and just as Hal is about to strike with the shovel, Jack shoots him down.

It’s quite possibly one of the best-executed plot twists I’ve ever seen in a network drama.

This episode was absolutely fantastic!  It was great to see Savino fighting for what he is trying to build and I’m anxious to see how the tension between he and Johnny will grow.  The final scene of Katherine, Dixon and Jack visiting Ralph in the hospital was wonderfully done and even wrote Jack and Dixon’s playful familial teasing aside Katherine’s more affectionate feelings for the Sheriff — another plot threat that I’m sure is being setup to become more prominent in this second half of the season.

But one of the most notable things to mention about this episode was the fourth plot that ran just underneath the rest — Katherine is investigating Diane Desmond’s suspicious suicide…and Laura Savino is helping her in exchange for her husband being kept out of it.  I believe that this sets both women up for some serious drama, especially considering that we know the DA is in with the mob.  Even though he probes Katherine to give up her informant, she refuses to break simply thinking that she’s protecting her case.  It also suggests that Laura is going to get her own place in the arc, as we’ve already seen her question her husband in her efforts to gather information.  Surely she’s not going to let this issue go given how much she clearly cares for her family.

So how does this all lead into tonight’s episode?

Judging from the promo (see below) it would appear that the women of Vegas are going to be the cause of some conflict.  When an old flame (Frances O’Connor) of Sheriff Lamb shows up in need of help in finding the man who hurt her husband, what could possibly go wrong?  Her presence will take all of the Lamb men by surprise, so I’m forced to ask — just how much of Ralph’s past does she occupy?  Was she around when Dixon was young?  Before or after his mother passed away?

Things are also sure to get stirred up when Mia and Jack’s relationship becomes known to her father.

Elsewhere, Savino confronts a snitch in The Savoy, and deals with it in an unexpecting way.

Check out the promo for tonight’s Vegas, and tune in tonight at 10/9c to CBS. 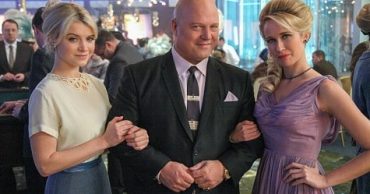 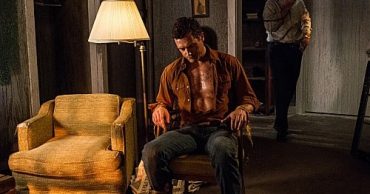 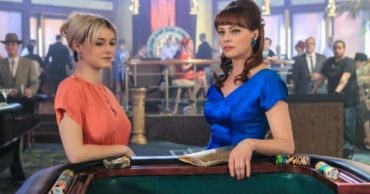 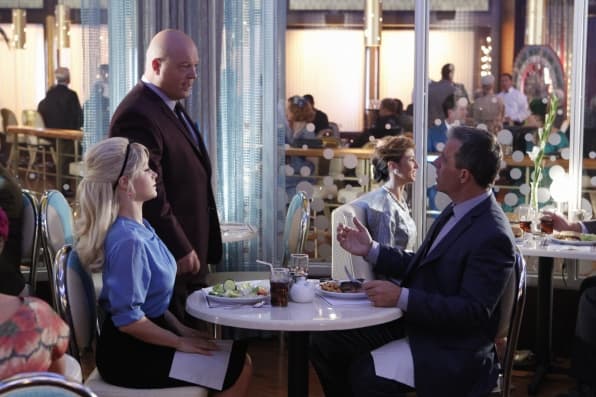 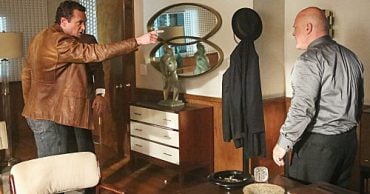 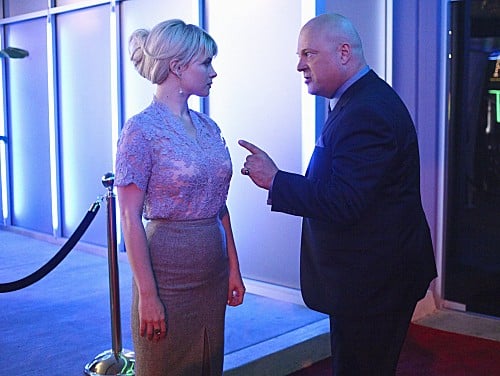