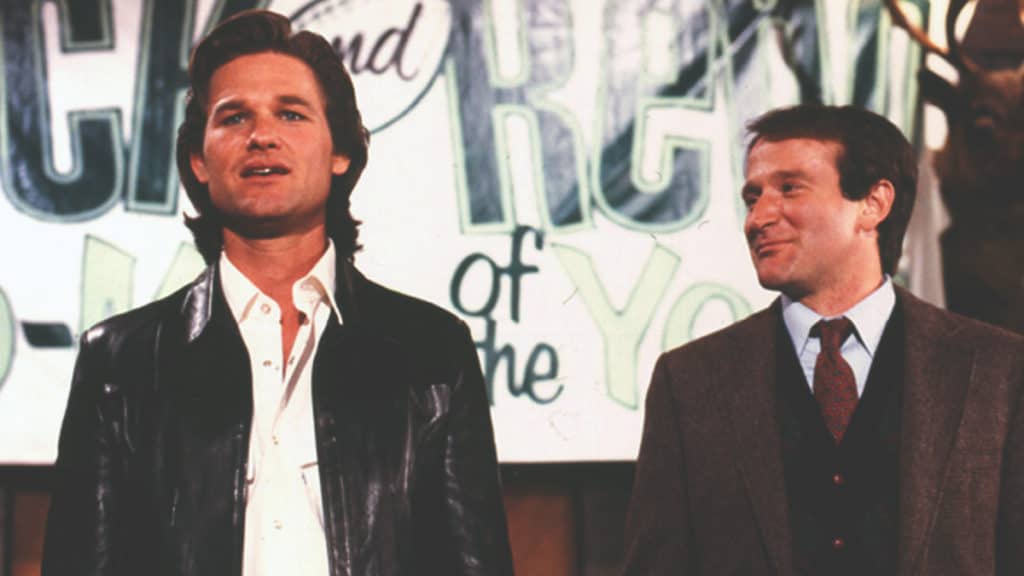 It’s easy to get nostalgic about certain movies when they pop up now and then, either on a streaming network, on TV, or just in memory. Plenty of them are those that people feel the need to say ‘can’t be made today’ due to one scene or a recurring theme that’s seen to happen over and over. But one thing that a lot of us should remember about these movies is that they were a product of their times, and as such are bound to use material, jokes, and situations that were seen as commonplace back in that time. To be fair, The Best of Times does have a few moments during the movie when it might feel a little controversial, but in the grand scheme of things, this movie was a bit ahead of its time when showcasing a few elements that went into the story. In all likelihood, this is one of the least known movies starring Kurt Russell or Robin Williams since both actors went on to become popular in a way that kind of eclipsed some of their earlier works.

But stumbling onto this movie is a good thing since it was a great bit of comedy about two men that couldn’t have been more opposite and yet shared one common thread that kept them together, and it wasn’t that they lived in the same town. The one defining moment in Jack Dundee’s life, played by Robin Williams, was when he dropped a pass thrown to him in a football game that could have allowed Taft to beat their longstanding rival, Bakersfield. The pass, thrown by Reno Hightower, played by Kurt Russell, was a beauty that everyone agrees should have been caught, and has left Jack as a lesser version of himself, or so he believes. Stuck working as a bank manager for his father-in-law, who is heavily involved in Bakersfield high school football, Jack has an idea to replay the game of 1972 to settle the score once and for all.

The only problem here is that while Taft is kind of a rundown little town in the middle of nowhere, the point is that a lot of people are happy enough just getting by, and want nothing to do with Jack’s idea. It takes the act of first convincing his father-in-law to play the game again, and then the underhanded tricks that Jack pulls to get the people of Taft on board with the idea to play the game once more. Even when his tricks, including throwing paint on Reno’s wife and her friends during a performance at the bowling alley, while dressed as the Bakersfield mascot, and trashing the meeting hall where the men of Taft get together for their regular meetings, there are still issues to iron out. For one, getting the team back together might not be tough, but getting them all back into shape is something that feels absolutely impossible. On top of that, keeping everything a secret, and keeping his marriage from completely dissolving is another matter since both Reno and Jack are having marital troubles, and playing the game begins to exacerbate the issue as Jack’s wife Elly has had to live with him talking about the dropped ball for years.

When the day of the big game does come there are still issues to be worked out since the team isn’t firing on all cylinders as the first half sees them being shut out easily. When the rain, a constant irritation in Taft, begins to pour, the people are unfazed but are less than hopeful until Reno comes out of the locker room wearing his white shoes, which is a big thing since this usually meant that he was ready to bring the heat in a big way. Of course, before coming out to the field, Reno finds out that Jack was behind the tricks that Bakersfield supposedly pulled, and is adamant that Jack won’t play, meaning that he’ll miss his chance to rewrite history. Eventually, Jack does make it back to the field, where Taft has been standing up to Bakersfield and is within range of a win finally. When Reno puts Jack back into the game, it’s more than apparent that Jack is outmatched on the line, but when the moment comes, and Jack finds his groove, Reno launches another long bomb to Jack, who’s wide open and thankfully catches the ball this time, finally gaining the moment he was looking for.

To be honest, this was kind of a heroic movie even if Jack was in the wrong for much of it. The movie was also just as touching as it was funny given that Williams and Russell put on a great performance, as did the rest of the cast. And if you pay attention you’ll even see a young Kirk Cameron playing the role of Reno’s son.