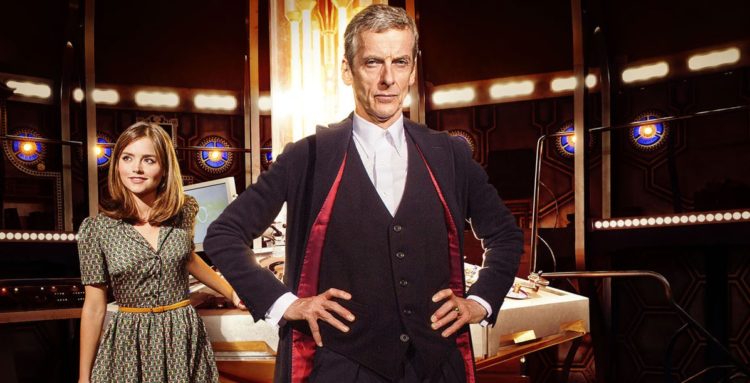 If you don’t watch Dr. Who then Time Lords are so named for the command they hold over time travel technology and their unique perception of time. They’ve been a big part of the Dr. Who series for a long time and were said to have been eradicated between the cancellation of the original series and the revival. But in 2013 it was hinted that they might have survived. Theirs has been a culture built upon the custodianship of time-related technologies which includes the TARDIS, that wonderful contraption that Dr. Who uses to travel throughout time and prevent it from being abused or otherwise manipulated. Obviously Dr. Who has been anointed as a Time Lord during his long run throughout the timelines and as such is a very powerful and influential individual. But there are always bound to be things that even fans might not know about their favorite shows.

Here are ten things you might not have known about Time Lords.

10. They have their own language.

The language itself is known as Gallifreyan and it’s usually referenced in its written form of circular shapes. There is a spoken form but the translation tools on the TARDIS usually render it in English so that the audience can understand without so many subtitles.

9. Each TARDIS is supposed to have six pilots.

Despite the power and mastery of the Time Lords they do require help with some things and the running of the TARDIS’ is one of those. If you’ve ever noticed the Doctor is very busy when flying the TARDIS. This is because he needs a bigger crew and doesn’t have it.

8. They only require one hour of sleep.

An hour is even a long time for a Time Lord since they can reportedly get by on 20 minutes and be just as refreshed as a regular human would be with eight hours of deep sleep. Thanks to their physiology however they don’t need much rest to function properly.

Some have had less and some have found a way to have more. The Doctor was even granted another full set of cycles by the Time Lords for all he’d done for them. That’s pretty convenient for the series to be honest and definitely makes it possible to keep going.

6. Regeneration can mess with a Time Lord’s biological sex.

Anyone trying to think of why the newest Doctor is a woman can stop taxing their brains and just realize that this is a possibility that finally came true for the good Doctor. Despite the outrage that a woman would take over it’s well within the boundaries of a Time Lord’s regeneration to alter their biological sex.

5. They can control the stars.

There’s not a lot of explanation as to how they do this or why, but it is surmised by the Doctor that the Time Lords were the ones that learned how to create black holes. You can imagine that they might have not been thinking that through all the way when it happened.

4. Their biology is different from humans.

Basically speaking Time Lords are almost like two humans packed into one body since they have extra organs in just about every part of their body. They even have extra bones and other attributes that help them to remain superior to humans. Plus,  they have triple-stranded DNA, so you can imagine all the fun things they get to do that a regular human simply can’t.

3. Young time lords are referred to as Time Tots.

Imagine a childhood that lasted for a good 90 years or longer and you might have an idea of how a young Time Lord, or Time Tot, is viewed by those that have a longevity that would make an elf from Lord of the Rings proud.

2. Many time lords prefer to use titles over names.

A lot of the Time Lords have long names that in the wrong hands are kind of dangerous and are therefore replaced by titles instead. After all throughout the universe the Doctor is considered to be a man of great renown and to some he’s simply not to be messed with. Adding a name onto the end of this title seems like it would spoil it a bit and make it lose a great deal of its power and awe.

1. They reproduce in two different ways.

They can reproduce the old-fashioned way and are compatible with many different species, but they also tend to let technology do the work for them at times in order to get away from the messy and otherwise painful process that might interfere with their lives. It’s not hard to see why traditional families among the Time Lords aren’t as big of a thing.

Despite being powerful, awe-inspiring, and even well beyond human understanding, Time Lords are still living, breathing beings after all that have needs.