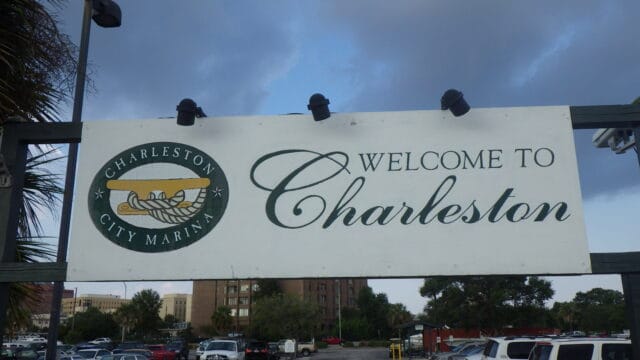 After premiering on Netflix in 2020, it didn’t take long for Outer Banks to become one of the platform’s most popular shows of the year. The series follows a group of teenagers who live in the Outer Banks. After one of the character’s fathers is killed while trying to find a legendary hidden treasure, the teens take it upon themselves to start a search of their own. The show has all of the elements of good TV, it’s dramatic, suspenseful, and has just the right amount of humor. The show has also brought attention to the Outer Banks, and there are lots of people who want to visit the area since learning about it on the show. The only problem, however, is that Outer Banks isn’t actually filmed there. Keep reading to learn more about where Outer Banks is filmed.

Where Are The Outer Banks?

Okay, first things first, it’s important to point out that the Outer Banks, often referred to as OBX, is a real place. However, the show doesn’t do the best job of explaining exactly what it is. Unless you’re from North Carolina or have visited, you may not be familiar with the Outer Banks. According to OuterBanks.org, the Outer Banks are Outer Banks “a chain a barrier islands located off the coast of North Carolina in Dare County with over 100 miles of shoreline”.

While there are certainly people who live in the Outer Banks all year long, the area also sees a lot of tourists during the summer months. This has resulted in the local economy becoming very serviced based which is something that is somewhat touched on in the series. Even though a trip to the Outer Banks won’t give you the chance to see any of the locations featured in the show, it’s still a great place to visit.

Is There Really Treasure In The Outer Banks?

While it’s obvious that Outer Banks is a fictional series, some people have wondered whether any of the show’s details are rooted in reality. Most importantly, people want to know if the Royal Merchant was real and if there’s any chance that there’s hidden treasure nearby. The answer is somewhere in the middle. There was no ship called The Royal Merchant. On the other hand, however, there have been several stories about hidden treasure being lost at sea near the Outer Banks. Over the years, the area has welcomed lots of explorers who were hoping to find riches. As far as we know, however, no treasure has even been located in the Outer Banks.

That doesn’t mean that the story behind Outer Banks is entirely made up though. There really was a ship called the Merchant Royal that sank off the coast of England in 1641. The ship was said to have more than 1 billion dollars worth of gold, jewelry, and silver on board. None of the items have ever been recovered, but that hasn’t stopped people from searching for the last few centuries.

Where Is The TV Series Filmed?

Some people may be a little shocked that the Outer Banks is filmed at another location, but truth is that shows do this all the time. Originally, however, the show’s creators were hoping to film in the Wilmington, NC area which is about four hours away from the Outer Banks. Netflix decided against filming in North Carolina after the state passed laws that were considered discriminatory towards the LGBTQ+ community. Many people applauded Netflix for taking a stand and refusing to bring their business to the state. At the same though, this meant that they had to find another location to shoot the series. They ended up deciding to film in Charleston, South Carolina which has proven to be the perfect fit. In real life, Charleston and the Outer Banks are about seven hours apart. In the second season of the show, there are several scenes that are set in Charleston.

What’s Next For Outer Banks?

The second season of Outer Banks was released on Netflix in July 2021, and viewers everywhere were excited to see what John B and the rest of the crew were up to. The second season managed to pack in even more exciting than the first, and it ended with a pretty solid cliffhanger. As of now, the show hasn’t been renewed for a third season, but there are lots of people who are hoping that a renewal announcement is coming. If the show does end up getting brought back, the third season will likely air sometime in 2022.