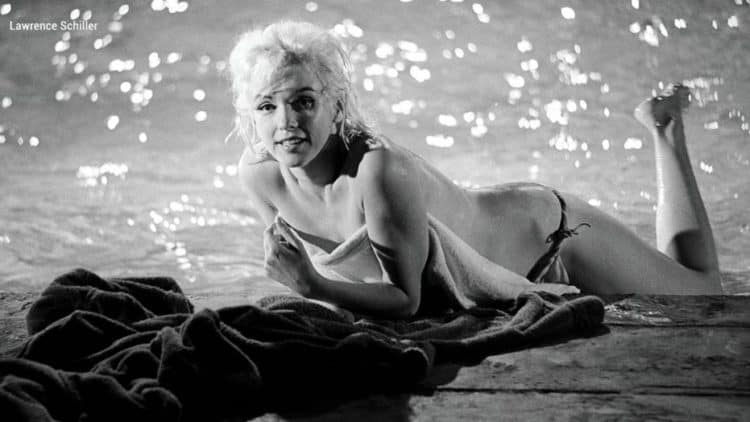 Even the biggest Hollywood stars only get so much slack before they’re expected to pull their own weight. Case in point, Marilyn Monroe was actually fired from her last movie after having developed a reputation over the years of substance abuse problems, emotional problems, and various other reasons why she would show up late to a set if she showed up at all. Some might want to caution people to throttle back and realize that she had a few issues that she needed to deal with, and that’s fine, but there are such things as therapists for a wide number of issues, and there have been for quite some time. Some would then likely say that it’s not that easy to just turn things around and ‘get happy’ and that’s true as well. But when there are others depending on you and will suffer in one way or another because you can’t show up to work, there’s a responsibility to consider and the idea that it’s no longer just a mental issue or substance abuse, it’s a decided lack of respect for anyone else that has become mired in whatever major personality issue the individual has allowed to spiral out of control. Marilyn Monroe has been a topic of debate for some time as to what stardom did to her, what it took from her, and what eventually was her ruination. But while a lot of people are willing to sweep a great deal of stuff under the rug and claim that it wasn’t all Marilyn’s fault, maybe it’s time to dust up and remind folks that she wasn’t a saint, even if she wasn’t necessarily that bad either.

Showing up late or not showing up at all to a job doesn’t tend to build up a good reputation between anyone and as a result, it tends to make people think that not only does the offender not take anything seriously, but they’re not as reliable as they need. Whatever emotional or other problems Marilyn was going through it obviously impacted her performance far more than people are led to believe at times since even for someone as famous as Ms. Monroe there were limits since at some point a director has to finish a movie and if their star is adamant about being late, not showing up, or allowing personal problems to impede the progress of a movie. It might sound pretty cutthroat, but that’s the business and that’s what is expected of people that are thought of as professionals. The idea of being late to work, causing problems, and essentially being too difficult to work with usually doesn’t fly in many cases throughout this world since progress needs to be kept at a minimum, and when it’s brought to a standstill there’s nothing else to be done for it but scrap the initial idea and move on. It didn’t help that Dean Martin, who was supposed to star with Marilyn in Something’s Gotta Give, adamantly refused to work with any other actress and was, therefore, being just a difficult. Like it or not, the industry needs actors that are willing to work and to improve their craft so that the people can be entertained, it doesn’t necessarily need divas that will think they’re more important than the process. This is something that people have had to figure out the hard way throughout the years and it’s something that actors continue to realize since they’re not irreplaceable when it comes time to make a movie. In life, yes, many people are irreplaceable simply because of who they are and what they mean to people. But on a movie set? There are hundreds, if not thousands, of willing participants to take the spot of any actor if they decide to try pushing the idea that they’re the most important part of the movie.

Dialing back just for a second, it was noted that Marilyn did have issues of her own to deal with, and it was necessary to make certain that these issues were addressed and were taken care of as much as possible. But to be certain and to be fair to everyone involved, not taking care of them in an efficient manner made it clear that as desired as she was by so many, she wasn’t exactly an easy person to work with on a set. Because of this her efficiency as an actress likely went down quite a bit and no matter how popular she was, behind the scenes it sounds like she was a nightmare to work with as show business didn’t appear to agree with her at all times. People might say to lay off of her and give her a break since many of us don’t know what it’s like to live with that pressure, but the answer to that is pretty simple, we all live with pressure at one point or another in our lives, mild or extreme, and we get through it one way or another.