Home
Television
The Powers and Feats of Ben 10 Explained 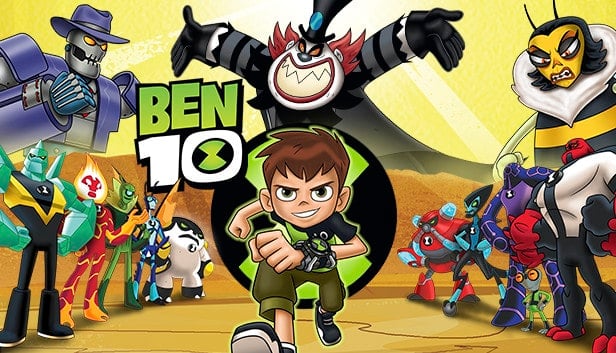 When you hear “It’s Hero Time,” what comes to your mind? I bet your mind quickly switches to Ben 10. And why not? The fellow amazes us with his alien transformation. I mean, he can transform into different species of aliens. Isn’t that amazing? Ben Tennyson discovered an alien device, the Omnitrix, which transforms the wearer into different alien species. The ordinary boy became a superhero. He captures the imagination of children who love adventure.

Ben was raised in Bellwood and was a frequent victim of bullying by JT and Cash. He was sent to spend his summer with his grandpa and cousins, Max Tennyson and Gwen Tennyson. Ben 10 thought he had discovered a meteorite during a camping trip, only to realize it was a mysterious watch. It was the Omnitrix! And the watch wouldn’t let go from Ben’s wrist. He then turned into an alien emitting fire which he later named Heatblast. He almost burned down a forest that was nearby because he was not able to control the powers. Since then, he mastered the control of his powers by fighting evil forces.

After unlocking the Omnitrix, Ben 10 can transform himself into any alien without delay and at any time. He acquired the name Ben 10,000 because that is the number of aliens at his disposal. Ben also has a son called Kenneth Tennyson. He has an alien X that can do whatever it is asked. One of the feats of the alien X is his survival on an attack that destroyed the universe. He then began to create another universe just like the one destroyed. The alien possesses some ridiculous powers. Ben 10 can add capabilities to the aliens; he gave fire powers to Big Chill. Also, Ben 10 can scan the DNA of any alien. He then uses it as an added advantage in future battles. If an alien has an added advantage in battle due to some ability Ben 10 is unaware of; then he can immediately scan his DNA and use that power against the opponent. Using the Omnitrix, he can turn himself into a mummy, a ghost freak, etc.

We take note of this due to the following:

The most remarkable feats of intelligence by Aliens’ Alien Force and Ultimate Alien:

In Ben 10, here are some of Humungousaur’s most remarkable strength feats:

Can Ben 10 beat Goku? Some of the statements from Ben 10’s fans were the ultimate overkill. Ben 10 uses Alien X, which is multiversal.

Alien X, without a doubt, is one of the most influential fictional characters. His strength can only be likened to that of The Living Tribunal. Goku cannot get anywhere close to this. That said, Ben 10 is a powerful verse. The top tiers in verse can destroy and recreate infinite universes. Also, the Omnitrix wearers, through a self-destruct mechanism, can destroy the universe. We can safely say that Ben can adapt rapidly to any situation that confronts him.