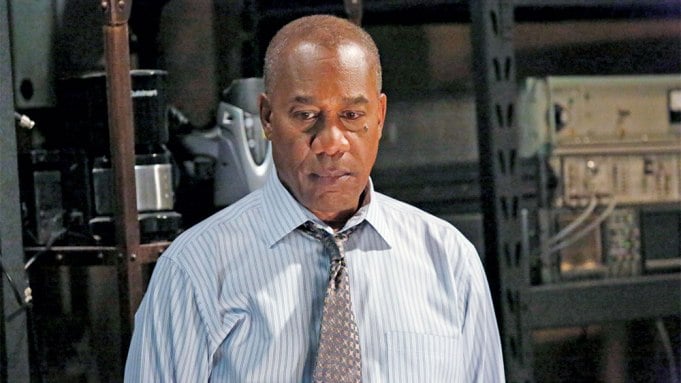 Though Scandal wrapped up its seven-season run years ago, the show left us with one too many memorable moments. First there was Olivia’s (Kerry Washington) love life, which was all over the place, and saw her juggle tenderness towards Fitzgerald Grant ( Tony Goldwyn) with periodical affection for Jake Ballard (Scott Foley). Then there was her complicated relationship with Mellie (Bellamy Young), and her most prized possession: Olivia Pope and Associates (OPA). Second to Olivia Pope’s memory-worthy life was the thorn in her rose, Rowan Pope (Joe Morton). Through the seasons, he was not only a pain she had to deal with but also the bearer of profound wisdom and sheer intimidation. Here are some of Rowan’s best lecturers:

In what can be termed as a rare turn of events or the apple simply not falling far from the tree, Olivia Pope, the fixer, found herself on the other side and Papa Pope came to her rescue. His thoughts? “ Listen to me, you raised your skirt and opened your knees and gave it away to a man with too much power. You’re not rare, you’re not special, your store is no different than a thousand other stores in this town. So you know how this goes. First they’ll smile, be warm, empathetic on your side; they will lure you into a false sense of security. And then, once your belly is exposed, they will cut you and everyone you know. And they will be swift about it. And by the time you realize you should be fighting back…well, you’re already bleeding to death. That is the presidency versus you…He told you that you would be first lady and you believed it! How many times have I told you, you have to be…what?” Olivia, shaken to the core, replied, “ Twice as good.” Rowan, satisfied that his message had reached home, echoed her words: “ Twice as good as them to get half of what they have.”

Going after Rowan or disrupting his plans isn’t always the best idea for anyone, not even his own daughter. Except for the time he was rendered powerless and lured into killing the president, rarely did we ever get to witness the weak side of Rowan. In the fourth episode of the seventh season, Olivia found a furious Papa Pope upset that she’d gone to see Tom (Brian Letscher). All hell broke loose when Liv told her dad to go home. “ You DO NOT disrespect me…ever!” Rowan roared. “ Can I make that any clearer? I’m the one who protects the republic. I’m the one who protects you. Everything I do serves that purpose. I have spent a lifetime keeping you safe from harm. A lifetime worrying about your fate. A lifetime making sure that the path in front of you was clear of debris. A Lifetime shining their shoes, so that you may always see your reflection at every turn. You do not see this. You do not believe this. You think I am some relic, some misguided vicious dinosaur from my museum, who attacks without thinking. Let me assure you…I am NOT. When I strike, it is precise, and it is for a reason. You do not interfere. You do not get in the way. You NEVER EVER choose one of them over me, again. Against me, you will lose.”

When Jake took to showing Rowan he was now in power, the truth slinger gave him a masterclass on real power. “ How could I have failed both you and Olivia so spectacularly?” Rowan asked. “ The two of you scurry around this town, squawking to anyone who would listen about how powerful you are. How have you learned so little sitting at my right hand, absorbing nothing? If you have to tell me how powerful you are, you ain’t nobody! You got nothing! You have nooo power! Real power is silent. Real power is hidden. Real power was there all along. Real power cannot be gained and never can be lost. It is not a commodity. It is who you are.”

Rarely did Fitz and Rowan ever cross paths. One of the few times they got to meet, Rowan gave the man who stole his daughter’s heart a piece of his mind. ” You’re a boy. You’ve been cuddled and cared for, pampered and hugged. For you, it’s always summertime. Living is easy. Daddy’s rich! You’re mama’s good-looking. You’re a Grant! You’ve got money in your blood. You…are…a…boy! I am a man. I have worked for every single thing I have ever received. I have fought and scraped and bled for every inch of ground I walk on. I was the first in my family to go to college. My daughter went to boarding school with the children of kings. I made that happen! You cried yourself to sleep because daddy hurt your feelings. Because papa banged his secretary. Because it hurt to have so much money, you SPOILT, ENTITLED, UNGRATEFUL little brat! You have everything handed to you on a silver platter and you squander it! You are given the world, and you can’t appreciate it because you haven’t had to work  for anything!”

5. “ Keep My Daughter’s Name Out Of Your Mouth”

Olivia’s ex-lover Edison ( Norm Lewis) was one of the few unlucky people who got a read from both Olivia and Papa Pope. Rowan was notorious for giving his daughter lectures, but deep down he was a loving father who defended her when she wasn’t around. Especially against her lovers. “ I can’t quite decide which part of your indecorous behavior troubles me more; the decision to interrupt me while I was speaking, the distasteful reference to my daughter requiring rains, or the foolish belief that I could ever take orders from you…Should you ever be so unwise as to forget who the real boss, the only boss is, around here, again, that will be the last of your worries. I can guarantee that. I’ll handle, this my way. Until then, I suggest that you keep out of my side and keep my daughter’s name out of your mouth.” A pissed Papa Pope told Edison.