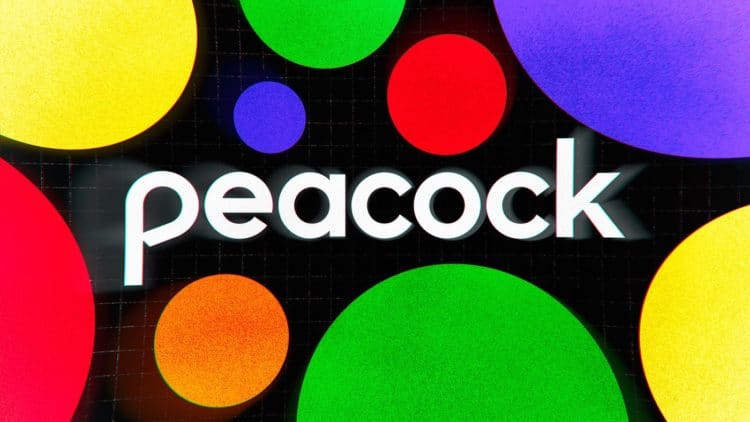 Peacock TV has always been something of an odd duck in the streaming world.  An awkward split difference between the world of traditional streaming (as epitomized by something like Netflix) and “real” TV, its kind of awkwardly shambled into its position as the “best” of the free streamers almost by accident.  Featuring neither a great library of content nor a particularly deep one, it nevertheless offers a little bit of something for everybody, and who’s really going to argue with that price tag?  For a cinephile on a budget, this is definitely a must-have. 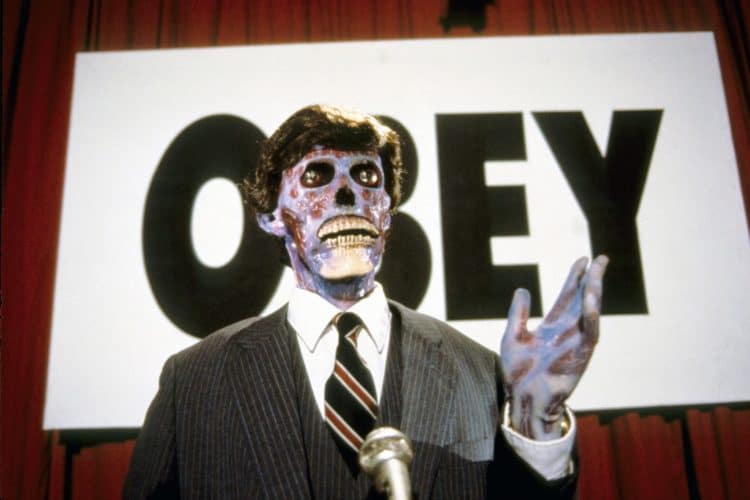 John Carpenter has one of the most fascinating filmographies of the 1970s, 80s and 90s.  From his thematic “Apocalypse Trilogy” (which started with the now-venerated It, continued with the perennially underrated Prince of Darkness and ending in the nakedly Lovecraftian In the Mouth of Madness) to his genre-defining horror movies (e.g., Halloween and The Fog) to his seminal action flicks (e.g., Escape from New York and Big Trouble in Little China) to little-seen cult oddities (e.g. Dark Star and Starman), he proved himself to be a cinematic chameleon: forever changing his colors to best suit the narrative and aesthetic needs of any project he found himself working on.  While it is notoriously difficult to pin down what exactly “a John Carpenter movie” is as a result, anybody who has spent more than a cursory stretch of time with his movies can tell you what they feel like.  And, when it comes to John Carpenter movies, nothing feels more like one than this strange mess of a film from 1988.  An anti-capitalist parable told by way of a retro sci-fi film akin to Invasion of the Body Snatchers (1956).  Following a drifter who inherits a pair of sunglasses that reveal the layers of subliminal media messaging embedded by alien invaders, the film swings wildly from modes reminiscent of New Hollywood paranoid thrillers, 1980 studio horror movie, melodramatic comedies and balls-to-the-wall action films.  It’s a weird mix, but he pulls the maddening affair off with aplomb, making for one of the most unique viewing experiences to ever come out of the cocaine-fueled 1980s film scene. 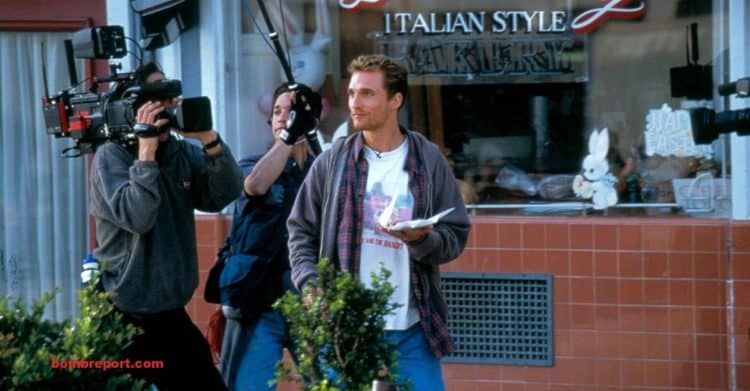 Much has been made in the intervening decades about the prescience of Peter Weir’s The Truman Show (1998): the Jim Carrey-fronted dramedy about a man who finds himself as the unlikely protagonist in a globally popular television series about his otherwise unremarkable, work-a-day existence.  The film is, of course, a fantastic piece of filmmaking that predicted the reality tv boom that was about to sweep the nation, but it was not the only feature to tap into this emerging zeitgeist; in fact, it’s not even the most terrifyingly prophetic one.  That honor belongs to journeyman director Ron Howard’s 1999 satire Ed TV.  Unlike The Truman Show, Ed TV understands one core feature of the Human psyche that would fuel much of the following twenty years’ worth of entertainment (from Twitch streamers to Social Media influencers to garden variety reality TV stars): people don’t just stumble into their fifteen minutes of fame, they ravenously claw at the chance for it.  Rather than being born into some mad producer’s ratings scheme and having to uncover the clandestine truth of his reality, Ed Pekurney jumps at the chance to be do-nothing famous and the windfall of cash that comes with it.  If less intellectually engaging than Weir’s film, it is more terrifyingly honest for how these 21st century rises to fame occur, giving us a startling look at what our own hopes of viral celebrity really look like in the cold light of day. 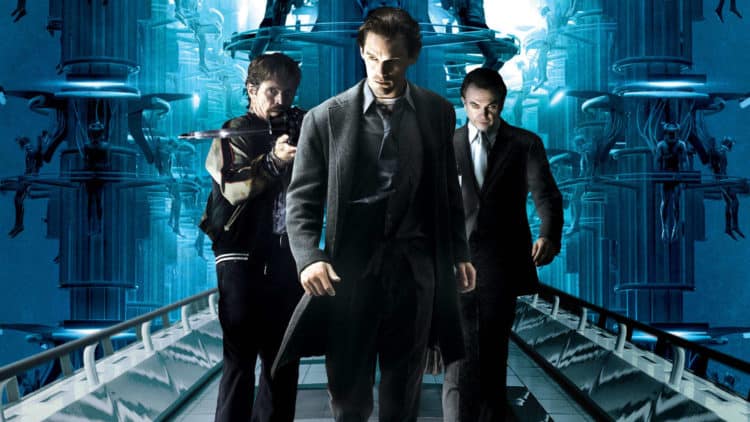 One movie whose relative obscurity I could never figure out was the Spierig Brothers’ Daybreakers.  Coming from the soon-to-be filmmakers of genre oddities like Predestination (2014) and Jigsaw (2017), the film features an incredibly fresh take on vampires at the height of the bloodsuckers’ post-Twilight popularity and features a standout cast that includes the likes of a post-Spider-Man Willem Dafoe, genre film mainstays Ethan Hawke and Sam Neill. In a world in which Vampires have taken over as the Earth’s dominant species and Humans have been varyingly reduced to either livestock or daytime revolutionaries, the world’s dwindling blood supply has been ratcheting up tensions between the vampiric 99% and their corporate betters, while undead society is being squeezed on either end by Willem Dafoe’s Human resistance and psychotic, cannibalistic, vampire mutants called “Subsiders.” Featuring interesting twists on the archetypes of self-hating immortal, inhuman corporate overlord and persecuted everymen, Daybreakers is a thoroughly kickass genre exercise that deserves far more attention more than a decade into its life than we have apparently willing to give it.

Let’s face it, 2020 was a damned hard year to live through (those of us that did live through it, that is) and 2021 hasn’t been too much better.  We’ve been put down, isolated and at each other’s throats for months and we all just need a break from that: a little bit of time to sit down, have some tea and wait for everybody to calm the heck down.  In times like these, we need a pleasant little entertainment like Paddington just to pause the world for an hour or two in order for us to get out bearings (pardon the pun).  Contrary to what its surprisingly fervent fanbase may proclaim, Paddington isn’t some kind of messianic film heads above its would-be competition (heck, it’s far from the top spot of 2014, which was an incredibly strong year for the medium).  It is, however, one of the warmest, pleasantest and all-around enjoyable experiences you can hope for from a film, and its just what is needed after these back-to-back downers of years weighing us down. 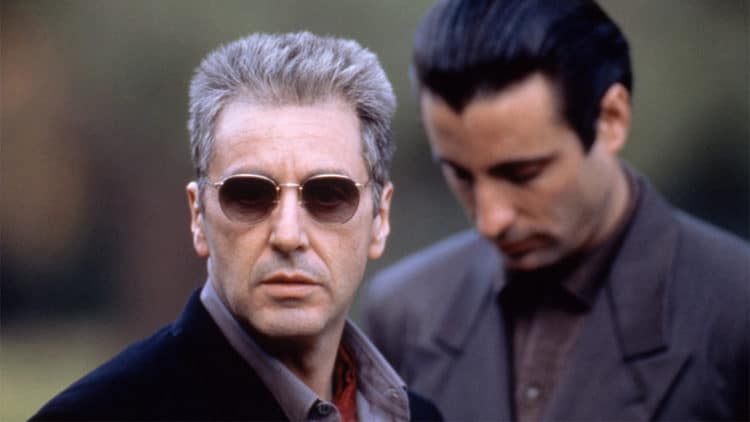 The Godfather Coda: The Death of Michael Corleone (2020)

One of the foundational texts of the New Hollywood cinema of the 1970s – really, of all post-Studio cinema since the 1960s – is Francis Ford Coppola’s The Godfather: a sprawling epic film detailing the rise and fall of the Corleone crime family across the 20th century.  Two years after the first film’s release, Coppola somehow gave us two more sweeping masterpieces, the Palme d’Or winning The Conversation and The Godfather Part II, which was pieced together from pieces of Mario Puzo’s pulp novel that never made it past the scripting phase.  And then, in 1990, poised to cap off the essential piece of dramatic American filmmaking, The Godfather Part III lands with a thud, confounded by actor disputes and questionable direction.  Never one to leave well enough alone, however – we are talking about the man who re-edited the tangled timeline of the first two movies into a straightforward, linear narrative in Mario Puzo’s The Godfather (1977) – the venerated directed tinkered with the poorly-received third film until it became The Death of Michael Corleone: an improved (although by no means perfect) version of the film that rearranges the existing pieces of the film into something more in-line with the previous installments, and one that benefits from three full decades of reflection, introspection and refinement.  Perhaps only for diehard fans of the franchise, it nevertheless proves to be as interesting a cultural artifact and artistic do-over as Zack Snyder’s Justice League.