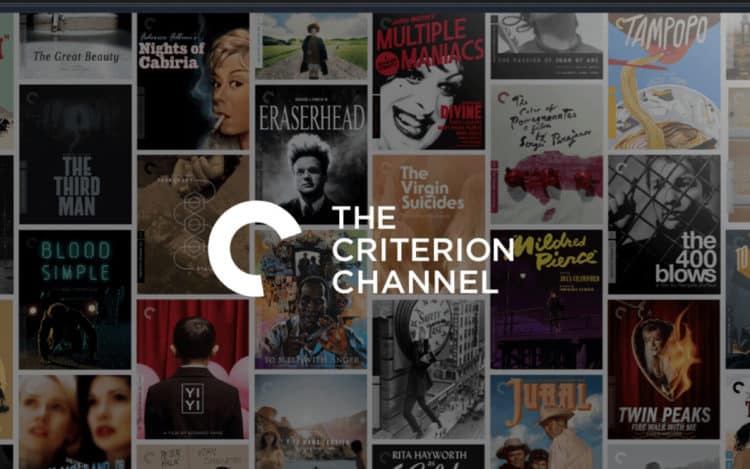 For the past two years, the gold standard of the streaming world has unequivocally been the Criterion Channel.  Maintained by the prestigious Criterion Collection, the Chanel has been an invaluable source of high-end, hard-to-find and meticulously curated movies the world over.  From 70’s Horror just in time for Halloween to late-period Noir every April (the month that the channel launched back in 2019), they have given us what are by far the best and most interesting movies available anywhere online.  And with movie theaters still struggling to draw an audience in the middle of a deadly global pandemic (with reckless anti-vax sentiment high and the Delta variant tearing through the semi-vaccinated population), they are continuing to provide safe, convenient and decidedly homebound options for your evening entertainment. 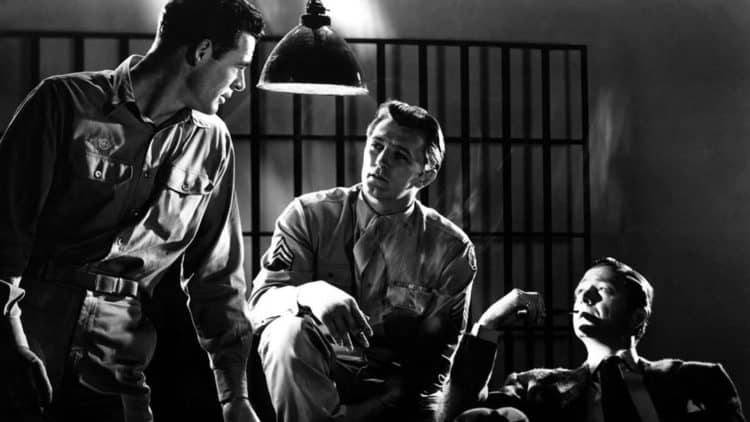 While much has been made of the lethally polarized politics of the 21st century, this is far from the only time that Americans have been so staunchly divided.  With the horrors of the Great Depression and second World War increasingly behind them, the threat of the Soviet Union all around them and opportunistic fearmongers eagerly coming out of the woodwork, the post-war period of the late 1940s through the 1950s and 60s was a sordid period of our national history.  While there were many flashpoints and battlegrounds between opposing ideologies of this period, one of the most interesting is the sadly little-remembered movie Crossfire.  An anti-anti-Semitism movie (which at the time was as good as being a pro-Soviet movie to the American rightwing), the film follows the investigation of a senseless murder of a Jewish man, seemingly by an out-of-sorts G.I. who had just returned home from the war.  Starring a trio of incredible Roberts (Robert Young, Robert Mitchum and Robert Ryan), the film draws a hard line in the sand against prejudice and delivers a startling rebuke of homegrown American racism. 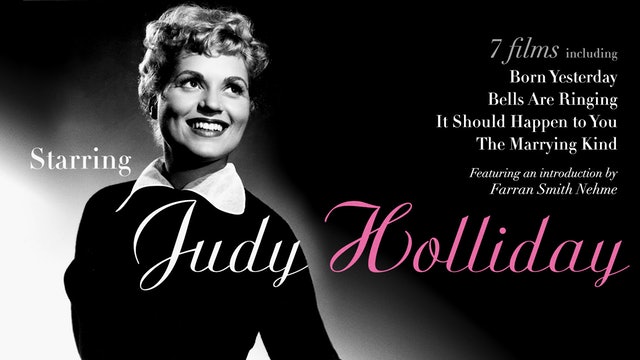 Okay, okay.  I confess it.  More than merely dislike, I have always **hated** the movies made during the Studio Era (roughly mid-1934 through 1969).  The Hays Code stripped American movies of their teeth, World War II denied them of their greatest performers (at least during the war years) and H.U.A.C. (the House of Unamerican Activities Committee, which oversaw the Communist witch hunts) robbed them of anything interesting they had to say (under fear of prosecution and blacklisting)..  Add to that the fact that I never really cared for Musicals, Westerns or Screwball Comedies, and that doesn’t really leave you with much to work with.  One of the rare exceptions, however, has got to be the short-lived career of Judy Holliday.  A wickedly intelligent performer who specialized in subverting the “dumb blonde” stereotype, she left behind a small-but-unparalleled body of work that continues to resonate well into the present day.  And while there are several performances of hers in particular that warrant calling out (such as the fame-obsessed Gladys Glover from It Should Happen to You and the infectiously effervescent Laura Partridge from Solid Gold Cadillac), her most essential work will always be her breakout, Oscar-winning role of Billy Dawn in Born Yesterday, a proto-My Fair Lady which shows us in real time how a little bit of knowledge can be a dangerous thing. 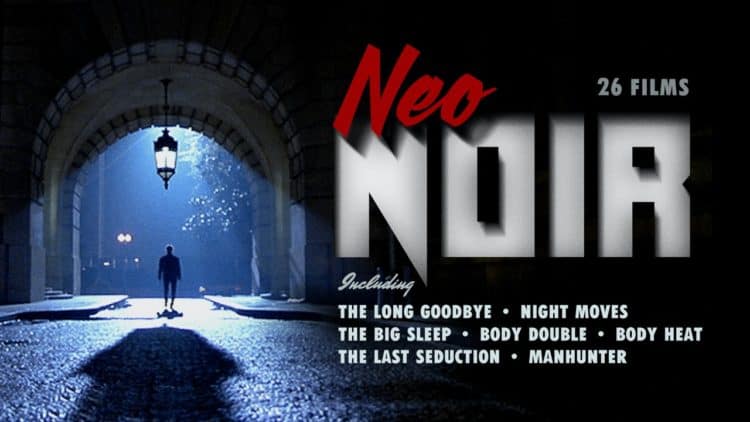 After the studio system fell in the late 1960s came the New Hollywood: an electric period of explosive creativity, boundary-pushing subjects and a young generation of filmmakers finding their footing in an industry no longer fit to keep them “in their places.”  Unmoored from the glitz and glamour that the stately studios had mandated in seemingly every picture to come out of Hollywood in previous decades, the New Hollywood of the 1970s was raw and downright dangerous in ways that it never was before (and, if we’re being honest with ourselves, never would be since).  And with the inmates now fully running the asylum, you could wind up with such deeply bizarre movies as Eyes of Laura Mars: a neo-noir and pseudo-giallo in which a controversial fashion photographer inexplicably begins to receive telepathic visions of a serial killer’s brutal work. 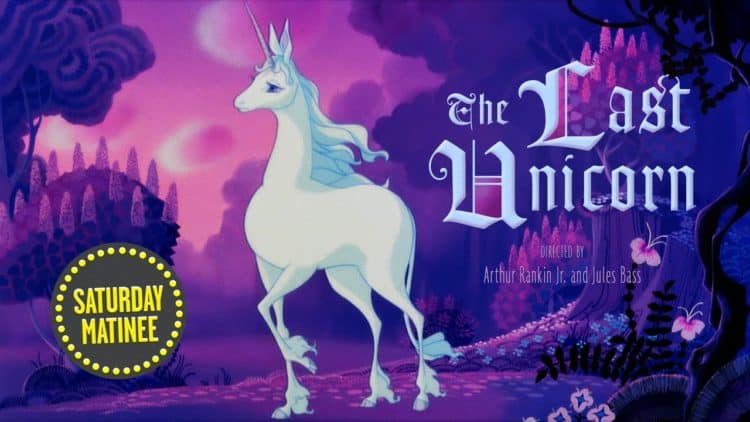 By the late 1970s (or, if we’re being generous, the early 1980s) the bankrupted movie studios of earlier decades were all resuscitated under new corporate ownership and, shown the blockbuster Rosetta Stone through the successes of Jaws (1975), Star Wars (1977) and Superman (1978), reshaped American cinema under the new blockbuster paradigm that we’re still living under today.  This meant pumping a lot of money into popular “low” genres (such as science fiction, fantasy and horror) that had been afterthoughts and B-pictures under the old studio system and appealing increasingly to teens and young kids (who could drive entire families to the right kind of movie).  Disney, however, wouldn’t re-corner the market of American animation until the end of the decade (when The Little Mermaid would kick off the storied Disney Renaissance), which left a lot of room for upstart outfits and pretenders to the thrown to stake their claim over the American market.  The most successful of these non-Disney animators was the partnership of Rankin and Bass, and The Last Unicorn – a startlingly bleak fantasy about the last member of a fantastical face of magical creatures impotently searching for others like herself – is undoubtedly their greatest accomplishment during this period. 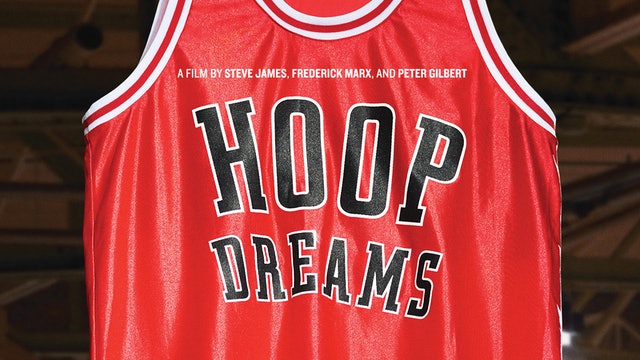 Just has before, however, the constraints and dictates of the new Hollywood regime cause a great many upstarts just entering into the scene and old hands who could never find their footing in sacrosanct filmmaking to balk against the new orthodoxy.  The 1990s was the dayday of the American indie scene, which would, in short order, be absorbed back into the Hollywood studios as the powers that be each began to adopt their own “indie” satellite studios (think Fox Searchlight or Sony Picture Classics).  But, in the wake of the unprecedented successes Robert Rodriguez’s El Mariachi (1992), Kevin Smith’s Clerks (1994) and Quentin Tarantino’s Pulp Fiction (1994), however, anything seemed possible.  Add to that sterling company Steve James’s Hoop Dreams (1994), a powerfully moving sports documentary that singlehandedly changed the way that the Academy Awards nominates its documentaries and remains the gold standard of documentary filmmaking that everything from Anvil! The Story of Anvil (2008) to Won’t You Be My Neighbor? (2018) has chased after in the years since its release.