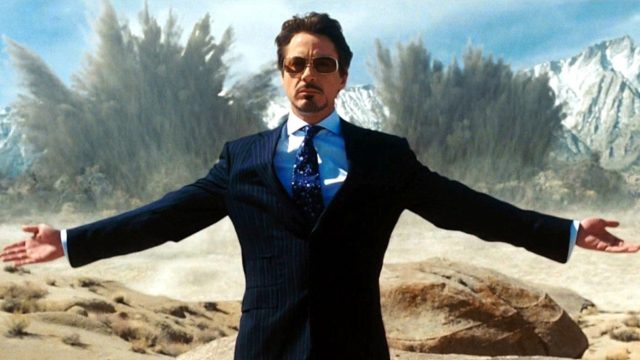 It has been a long, winding road from here to Infinity (War, that is).  From the franchise’s humble beginnings as an origin story for a high-tech, if lower tier, Marvel character to its final evolution into a full-fledged cinematic universe spanning multiple sets of characters, teams, franchises and even visual mediums, nobody could have possible seen the MCU coming.

Its every success defied the guiding logic of the industry at the time.  The mega-franchise lacked many of its most bankable characters, the rights to which had been sold off to rival film studios in a bid by the company to claw its way out of bankruptcy in the 90s.  In a sense, it was competing against its own characters at the box office, many of whom had far more cultural cache than what was left for Marvel’s in-house movie brands. 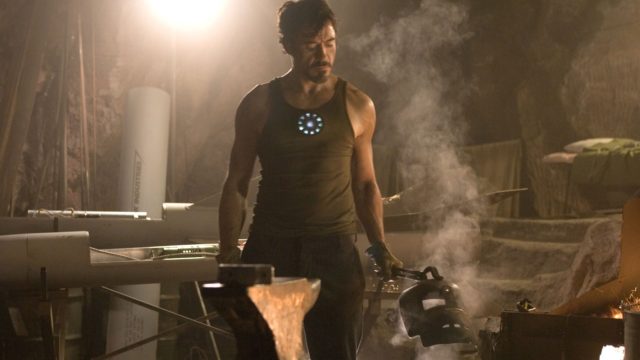 The characters that it did have were compelling and fleshed out over decades of publication, to be sure, but they weren’t the dynamite properties that the company had been forced to sell off in the preceding decade, when being able to produce their own blockbuster franchises seemed like some impossible pipe dream.  Marvel’s Phase 1 of movies, then, was forced to cobble together what it could from the historically important, if ultimately B-list, heroes that had very little in the way of public notoriety.

While a risky prospect on its face — one that gambled hundreds of millions of dollars from a company that had never produced their own theatrical productions before and had only just emerged from the dark specter of bankruptcy — their plan going forward made a lot of sense.  Iron Man and Captain America had the core appeal of DC’s Batman and Superman: both as ardent friends and fiercely opposed ideological forces.  Thor was silly as a concept but endearing as a character and contained the classic Superman-esque power suit of flight, strength and invulnerability that had been a mainstay of the genre since the 1930s.  Hulk, when they actually got him back from Universal, was their one genuine A-lister.  Black Widow and Hawkeye functionally served as audience surrogates: ordinary Humans, lacking any kind of superhuman abilities, who could never the less hold their own with the ancient Gods, legendary super soldiers, nuclear-aged monsters and futuristic mech pilots running around the madcap universe that they had conceived of.

Even their eventual culmination as a team was ripped straight out of the comics: a loose adaptation of the team’s first adventure in which Loki tricked Hulk into going onto a rampage, causing a disparate group of B-list heroes, whose waning popularity could no longer support their individual books, to tentatively join forces to first quell the Hulk’s rage, then to bring Loki to justice.  Obviously, a lot had to be changed, from including Captain America from the get-go (who originally didn’t appear until the fourth issue) and the dynamic duo of Hawkeye and Black Widow (who joined the team after the founding members disbanded), as well as excluding Ant-Man and Wasp and reimagining Loki’s plan into a full-scale alien invasion.  But the skeleton of that first teamup could be found in the original comic.

But while The Avengers served to launch the nascent mega-franchise into an unprecedented era of cinematic interconnectivity, Iron Man was, at its foundation, its launching off point.  It was the proof of concept.  It was Marvel’s first tentative toe dipped into the wider waters of Hollywood.  And, by God, it actually worked.

More than a decade later, Iron Man still holds up.  Despite lacking the causal crossovers that would become franchise mainstays, weighing heavily on CG that has now started to show its age and culminating in an altogether perfunctory third act that nobody can really be given over to caring too deeply about (because, really, what more needed to happen after Tony flew off to the Middle East and rescued that village from terrorists?), the whole production is ultimately sound enough to work when taken on its own merits. 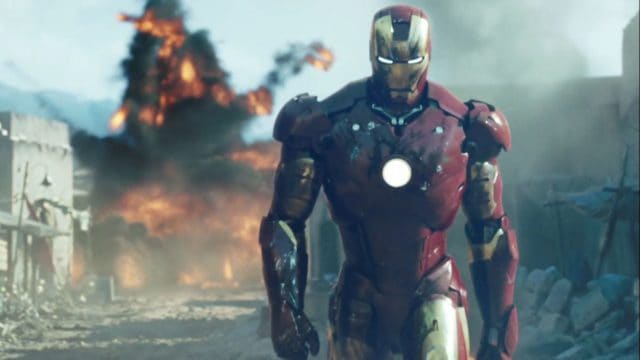 Robert Downey Jr. was an inspired casting decision: the kind that only seems to come around a few times a generation (but has proven to be par for the course for the MCU).  He was Tony Stark, which only makes sense, given his own troubled history with substance abuse and being perpetually caught in the limelight.  Terrance Howard made an excellent Rhodey, even if he was ultimately replaced in the role.  Gwyneth Paltrow’s Pepper Potts further served as the perfect “straight man” to reign in Stark’s more outlandish antics.

One thing that, even in retrospect, the movie doesn’t get nearly as much credit for as it deserves is cracking the historic problem of how to believably and seriously render superheroes on the big screen.  In many ways, this was as looming a problem for this genre as time management continues to prove for video game adaptations.  One only needs to look back on the Green Goblin’s costume in Spider-Man — the stiff, static, green Power Rangers-looking mask that was awkward to look at under even the most generous circumstances — to realize what a revelation the Iron Man suit was: a perfect blend of CG detailing over a physical costume that continues to be the standard approach for today’s superheroes (see also: the pre- and post-production images of Black Panther’s Civil War costume). 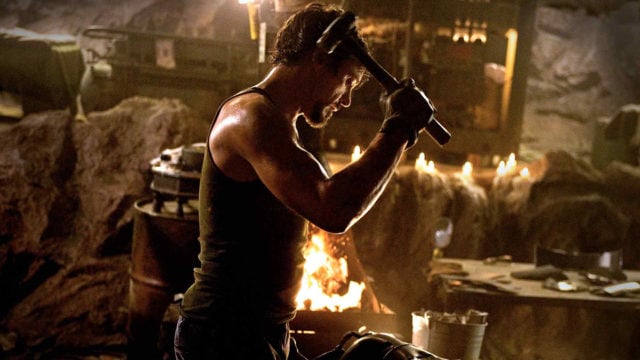 Iron Man also rewrote the playbook for how to handle one of comics’ most antiquated superhero tropes: the secret identity.  While it always made a degree of sense that outed superheroes would be prone to all sorts of collateral damage (either legal or super-villainous, as explored in Iron Man 3), it was seemingly only used as a dramatic crutch on the big screen: an arbitrary division between our protagonist and their love interest — essentially just one more reason to keep the hero miserable and alone.  And while it may have begun purely as a joke — as a way for Robert Downey Jr. to say the words “I am Iron Man” in the movie — it set the precedent for the MCU to do away with secret identities entirely and instead focus on the real Human drama surrounding celebrity, relationships and government intervention.

And finally, there was the post-credit scene: Samuel L. Jackson’s surprise cameo as Nick Fury recruiting Tony for “the Avengers Initiative” in the closing moments of the film.  It not only created a fun tradition that all other Marvel films would invariably follow, but kept the peripheral worldbuilding to the margins.  Rather than being shoved unceremoniously in your face like the introduction of the future Justice League members in Batman v Superman, they were teased out as little Easter eggs beyond the normal scope of the film: teasing potential plot points or bits of lore that fans could invest in at their own pace (if at all).  It kept the MCU from being a hopeless exercise in self-congratulatory in-references to a constantly expanding world, spreading out from a central gyre : always seeming just a little bit bigger than it actually was. 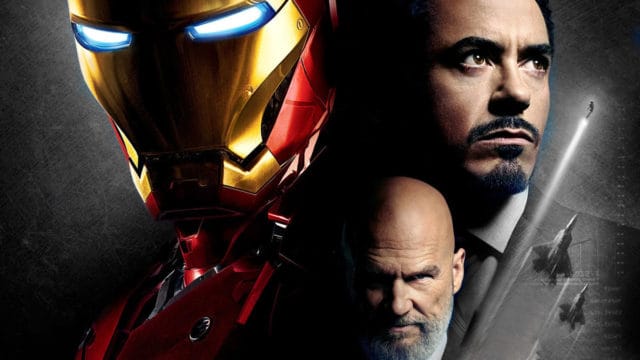 So despite its flaws (and, yes, Iron Man really is one of the more flawed MCU entries when taken on the whole: a fact unsurprising when you consider that it was the first in a sprawling, decade-long franchise), Iron Man holds up as a touchstone entry into both the superhero and action-comedy genres.  It set the rest of the MCU up to succeed on a scale that could neither have been anticipated nor properly appreciated at its time (and perhaps hasn’t been even to this day).  Fans really couldn’t have been asked for a better first instalment to the world’s first and foremost cinematic universe. 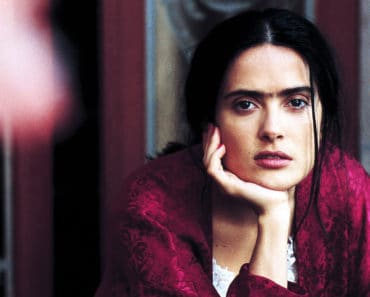 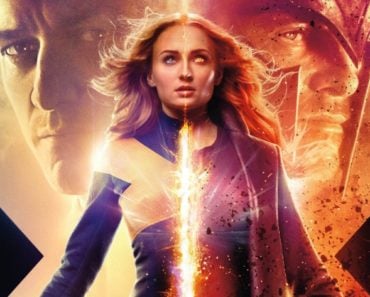 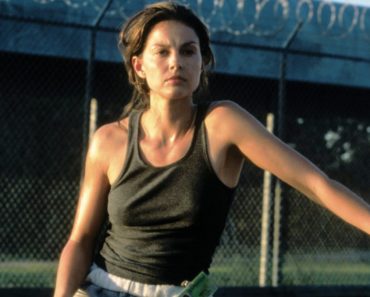 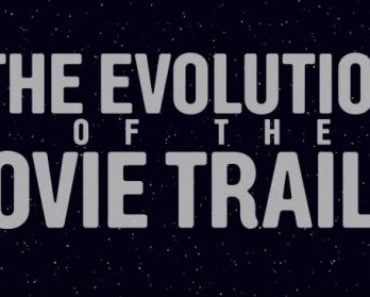