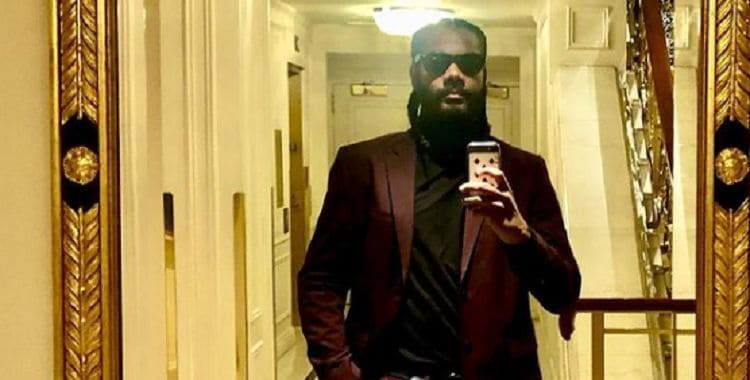 Myke Wright may be a name you know. It might not be a name you know. It doesn’t matter, though, because he’s famous. He’s a comedian and musician, and he is a man who does many things, but his name is all over the internet right now because he is the mystery man that has been dating musician Lizzo for some time now. They officially made their red carpet debut, and now the world would like to know all the things about him.

One of the most fun things to learn about him is that he worked with his rumored new girlfriend in the past. They were cohosts of a show called “Wonderland,” back in 2016. The show aired on MTV, so they both worked for MTV. They worked together, and they’ve known one another a long time.

He’s a man of comedy. He’s funny, but he also makes it a profession. He’s worked with the hilarious Adam Devine among others. He’s been part of many different projects as a comedic actor, though many of those projects were smaller at this point.

3. He is from Michigan

He’s a born and raised man from Detroit. He grew up in Michigan most of his life. He spent his childhood on the westside of the city, and he spent time working, going to college, and trying to make all the things happen for himself while he was there. He’s made it work well, and his time there was clearly well-spent.

He’s a musician, too. He was in a band in high school. Specifically, he is the man behind the band. He formed a group called The Grey Level. They were a rock band. He had three friends join him in his musical endeavor. Though that did not work out, he later decided to form a second group called Phresh Heir, which was more of a hip-hop situation.

Just when you didn’t think he could do anything else, you find out he is also a designer of clothing. He designs for a company called EMLE, which is a luxe clothing brand that is based in his hometown of Detroit. He also has a company of his own. He calls it umi, and he uses this company to create his own designs under his own label to market.

7. He is Close to His Mother

One thing we know about this man is that he is close to his mother. He listens to her. When he was growing up, she would give him advice about life, and he’s always listened to her. He clearly finds her advice wise and worthwhile, and that’s a wonderful thing.

8. He is Not Bothered by Fame

He’s got his own fame, and his girlfriend has her own fame. He’s not bothered by the fact that she is the more famous of the two, and it is not a factor in their romance or their lives. In fact, she’s just happy he is there to support her and that he is not bothered by her – and that is also what makes things work for them.

When it comes to his personal life, he is not sharing much of anything with anyone. He’s got a lot going on, of course, but he is not a man who shares it all with the world. He has social media, he has all the online platforms, but he’s so busy working and doing his thing that he’s not bothering himself to spend time sharing every single thing he eats, drinks, and breathes on social media. As a matter of fact, it is rather refreshing.

10. Their Romance is Long-Term

The fact of the matter is that despite just showing up on the red carpet and confirming things with one another in June of 2022, this is a couple who has been together for quite some time. They’ve been very low-key about it, though. They’ve been the subject of many rumors since the beginning of 2021, and maybe even before that, if we are not mistaken.