It’s amazing what can happen when a movie has no clear antagonist but a situation that threatens to tear a family and even a community apart. Encanto is one of those movies that one can’t help but like since it’s fun and energetic, and the family dynamic might make a lot of people realize that the promise they deal with on a regular basis are easy to see and relate to when it comes to the Madrigal clan.

From the youngest to the eldest, this family is a great deal of fun since the tragic beginning that saw Alma, the matriarch of the family, watch as her husband, and the father of her three children, cut down sparked a tale that was uplifting but also heavily flawed in ways that are not always easy to see. The revelation that the majority of the Madrigal family has a magical gift that allows them to exhibit magical abilities is also telling since it creates a great deal of tension that is not seen throughout the movie but is still easy to guess until it’s revealed.

It’s interesting that the eldest son, Bruno, was ostracized so quickly and that he became a shady character for a short time.

The fact that Bruno could tell the future but that it often pointed toward disaster was one of the reasons why his departure was seen as a good thing, which is kind of tragic, really. It speaks to the simple-minded drive that Alma and the others of the Madrigal family had in always wanting to see the most positive visions that were possible and their refusal to think of how they could change the negative images.

Bruno was never an evil character or even a harbinger of doom, he was a man who saw possible futures that were not set in stone since they could be changed if those who shared in his visions saw a way to make things better. The fact is that the Madrigals saw tragedy and reacted without thinking of how to turn it around, thereby making Bruno appear to be someone that was to be avoided and not even spoken of among their casita.

In the case of Maribel, he sought to protect her from the same fate he’d suffered by choosing not to reveal his vision. Unfortunately, this denial set into motion the events that nearly destroyed their home, even if it wasn’t his fault or Maribel’s.

The women of the Madrigal family appear to be rather high-strung compared to the men.

It could be their different abilities and what’s expected of them, but Luisa and Isabella are among the most high-strung of the bunch since their responsibilities to the people are, in all fairness, too much for anyone to take on a constant basis. While Luisa’s great strength and Isabella’s affinity to plant life are great to have around, especially when it comes to the village, it was also necessary for them to be who they were since the strain of what was expected versus what they wanted was way out of whack.

Unfortunately, Alma’s expectations of her family grew out of control at one point, and she forgot what it was to simply allow people to be who they were, as her idea of responsibility to the people of the community transferred to her children and grandchildren, thereby making it tough for any of them to truly experience the life they desired. 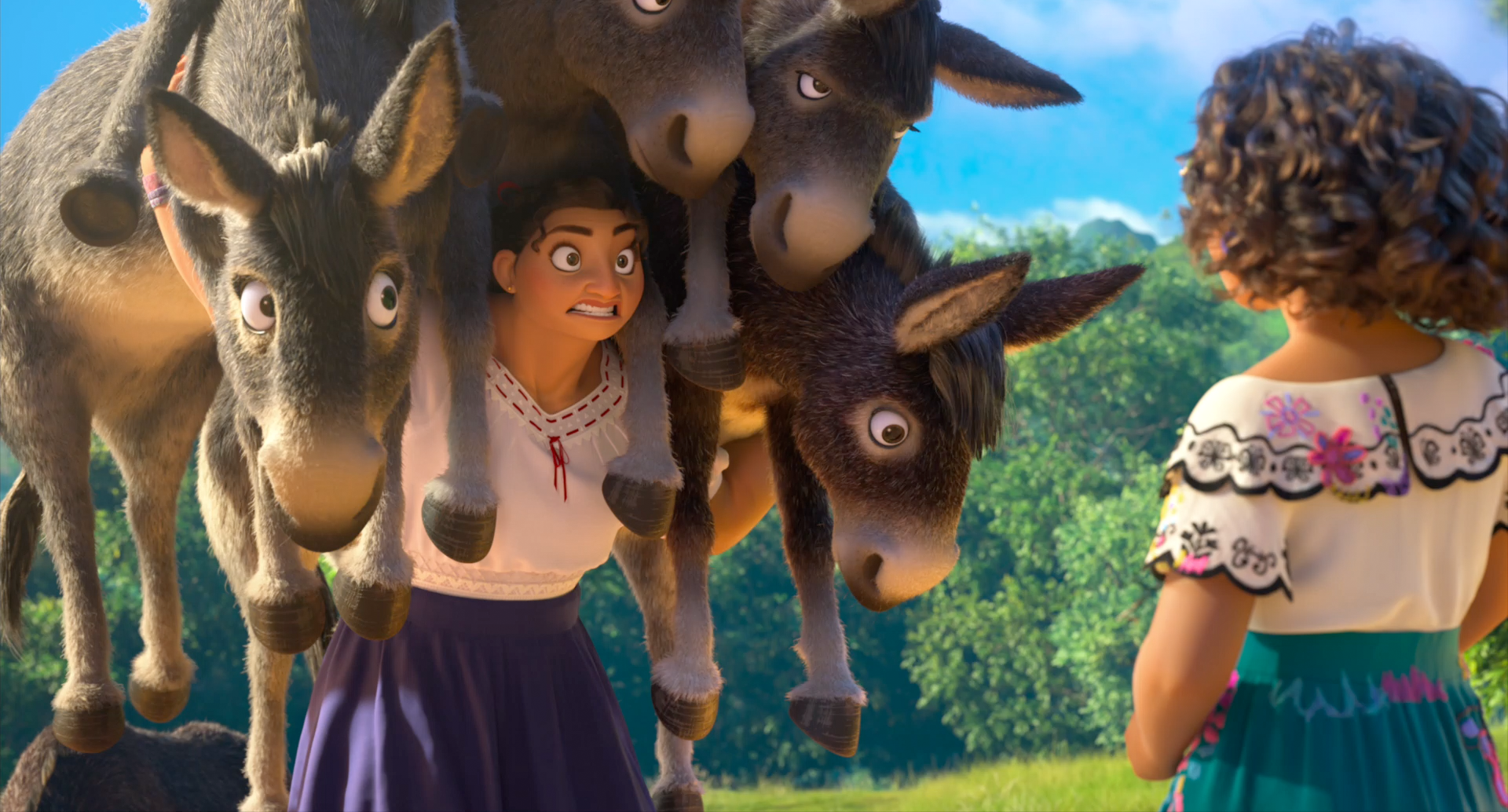 This movie shows what high expectations can do to people in an interesting way.

As mentioned, there was no clear-cut antagonist for this movie since Alma is the only one that can really take that much of the blame, and even she did what she did with the intention of protecting her family. Unfortunately, this means that she allowed her grief to help guide her as she sought both safety and purpose to such a degree that she ceased to allow her children to do what they wanted.

Perfection was the order of the day with Alma, and if a person couldn’t measure up to this, then they weren’t bound to receive the same kind of attention as those who were ready and willing to step in line and do what she believed was right. Eventually, after being confronted by her granddaughter, Maribel, Alma came to realize that her expectations were out of control, and it became easier to accept people for who they were.

The story makes it clear that special abilities take many forms.

The special abilities enjoyed by the Madrigal family tend to become a huge part of their identities when it comes to explaining who they are and what they can do. But when the abilities start to fade, it becomes easy to see that as great as they are, the abilities are crutches that keep the family members from realizing who they can truly be at times.

When it’s established that Maribel holds the family’s future in her hands, it’s interesting to realize that her ability kind of trumps the others in a big way.