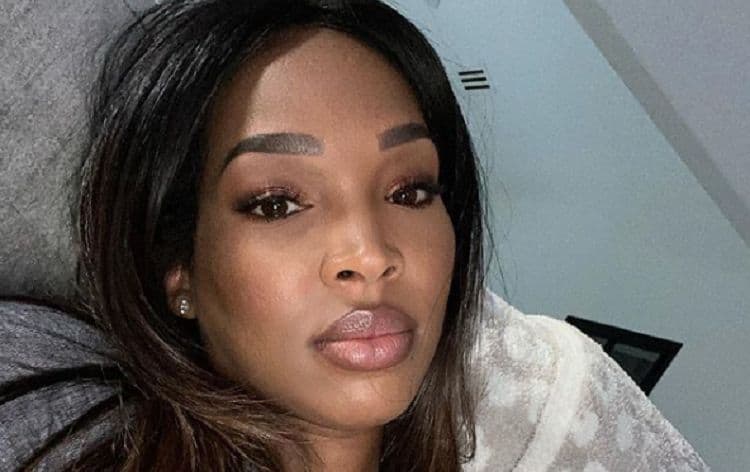 If you spend a lot of time scrolling through celebrity gossip on social media, you’ve probably come across Malika Haqq’s name more than a few times. Initially well-known for her friendship with Khloe Kardashian, Malika’s romantic relationship with rapper, O.T. Genesis, resulted in her name (and face) becoming a fixture on Instagram pages dedicated to the latest tea. But aside from being linked to celebrities, Malika has also had a career of her own. Unfortunately though, even more than 10 years of being in –and around– the industry hasn’t made her a household name.Â  Keep reading to learn 10 things you didn’t know about Malika Haqq.

If Malika’s face looks familiar to you outside of reality TV and celebrity gossip, it’s probably because she’s mad a few on scree appearances. Most notably, Malika was in the 2006 film, ATL, alongside her sister, Khadijah. Although they didn’t have a starring role in the movie, their characters definitely left a lasting impression on viewers. Things have been pretty quiet for Malika on the acting front during the last few years, she may be working on getting back in front of the camera eventually.

2. She Has An Identical Twin

Malika isn’t the only person in her family who has been known to run with celebrities. Her identical sister, Khadijah, is also a part of the same circles. The pair has worked together several times over the years and are often seen together at public appearances. Khadijah has also worked as an actress and is married to former NFL player, Bobby McCray.

3. She And Her Sister Aren’t The Only Set Of Twins In The Family

In most families, having one set of twins is rare. But in the Haqq family it’s a little more common than usual. In addition to Malika and Khadijah, the Haqqs have another set of twins. Malika has an older set of twin sisters. Unfortunately, though, some sources have reported that one of the older twins passed away at just 18-years-old.

Malika’s name has been floating around the blogs more than usual lately and that’s because she has a baby on the way. She recently revealed that she will be having a boy although she’s been adamant about keeping the identify of her child’s father under wraps. Malika’s son will be her first child and she’s expected to give birth on March. Many people suspect the baby’s father is Malika’s most recent ex, O.T. Genesis, however, the rapper hasn’t publicly acknowledged this.

5. She’s Dated Quite A Few Celebrities

Malika’s relationship with O.T. Genesis may have been the most recent one to get attention, but he certainly isn’t the first celebrity she’s been linked to romantically. Over the years, Malika has dated several well-known people including her best friend’s, Khloe Kardashian, brother, Rob. Malika has also had relationships with Ronny from The Jersey Shore,Â Nick Carter, and Adrian Wilson. Since her split with O.T. Genesis Malika has been happily single and it doesn’t look like she has plants to change that any time soon.

6. She Met Khloe Kardashian Through An Ex Boyfriend

Malika has been friends with Khloe Kardashian for so long that it seems like they’ve known each other forever at this point. But there was once a time when the two were complete strangers. According to a source, they met each other some time around 1999 when Malika was dating one of Khloe’s closest male friends. Khloe believes her friend intentionally kept her and Malika apart because he knew they would hit it off right away. Although Malika’s relationship with Khloe’s friend didn’t work out, the two ladies formed an instant bond.

7. She Used To Work For Khloe Kardashian

In addition to being BFFs, Malika and Khloe have also worked together. Several years ago, Malika worked as Khloe’s assistant. She decided to quit in 2012 to focus on her own ventures. Fortunately, Malika deciding not to work for Khloe didn’t sour their friendship. It’s actually probably for the best that they ditched the employee-boss relationship. Malika and Khloa have gotten even closer in the years since Malika quit.

Although Malika was born and raised in California, she is actually of Afro-Iranian decent. Many Africans ended up in Iran as a result of the slave trade and it’s not uncommon for their descendants to remain in the area today.

9. She Struggles With Anxiety

Anxiety is something that many people deal with on a regular bases. However, living life in the public eye can make these feelings even worse. Malika has been very open about the fact that she deals with anxiety and she’s also shared some of her strategies for coping with her anxious feelings. During an interview, Malika shared that she has been using CBD to help curb her anxiety symptoms. She also shared that working out is a great stress reliever for her and helps improve her mental and physical health.

10. She Released A Makeup Collection

Malika’s friendship with Khloe Kardashian may have its perks, but she refuses to just be known as ‘the friend’. Malika is working hard to establish herself as a business woman and she recently teamed up with Khloe and Becca Cosmetics to create and release a makeup collection. The collection, which is appropriately named Becca’s BFFs, was inspired by Malika and Khloe’s friendship. The two were inspired to work on this project by their own experiences with makeup over the years.

Why The Shaft Reboot Bombed At The Box Office