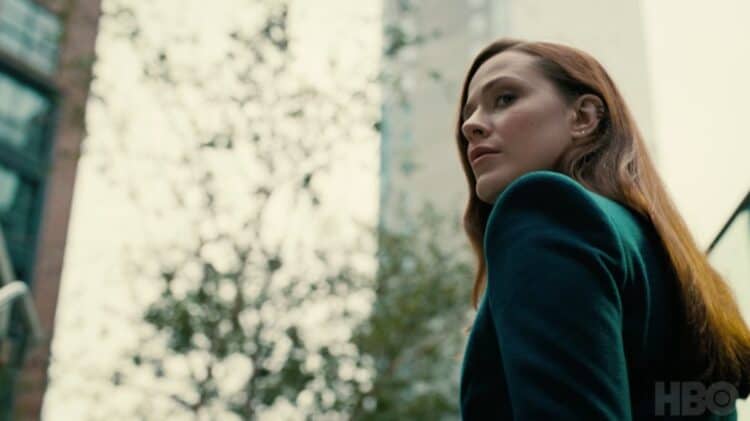 If you’re still following the general plot of Westworld, then season 4 should be a great reward for your diligence since it’s coming within the month and it’s already looking as though the story is going to make its presence felt once again with a serious show of force. Those that enjoyed season 3 or at least made it through without suffering too much confusion thanks to the existential crisis each various setting imposes on the characters and the audience should be at least a little excited to see what’s coming, as the trailer makes it clear that Dolores and Caleb are ready to muck things up even worse as they attempt to get people to open their eyes. Some might say that this is a strong bit of commentary on society, but settling in to enjoy the show is far less confusing than trying to draw parallels between Westworld and the real world. The layers of world-building that continue to interact with one another and to be disrupted Dolores and her awakening, which has become yet another ongoing crisis, are a little too enjoyable to risk ruining with a comparison to the world we live in.

Granted, the way that hosts and lower-class humans are treated is something that one can’t really get away from when it comes to art, especially since this type of comparison is going to be used anyway at some point, as fans aren’t about to let a chance go to create controversy or share an opinion, or both. From the looks of the upcoming season, things are only going to get more complicated and more mind-bending as the story cranks things into another gear. From the look of the trailer, it would appear that the main characters are going to find themselves in one dire situation after another as the scenery continues to change and the worlds continue to collide as the story evolves and adapts as it’s designed to do.

For the past three seasons, Westworld has gained criticism as well as praise for the overall feeling of confusion as the audience has done their best to immerse themselves in the story that has been so meticulously laid out for them. The fact that there’s a season 4 on the way indicates that there’s still plenty of story to tell, and there are enough people that feel that this story is worth telling in the first place. Despite how layered and confusing it can be there are plenty of moments in which clarity is delivered to the audience and it becomes possible to figure out what’s going on. But the world within worlds and the continual idea that much of what’s being seen is an illusion does manage to weed out a lot of viewers that want a story to be simple and to the point. This isn’t that kind of tale since there are plenty of ways to become disoriented when it comes to Westworld, and it’s been this way since season 1. The idea that the hosts would eventually move out of the parks was always a plan, but how far things would be taken was less than clear since the creators of the show hadn’t quite gotten that far.

But it does sound as though season 4 might be the endpoint, though one has to wonder if the creators will find another way to extend the story, or if they’ll decide that this is the best way to deliver a sendoff that people will agree with. It feels as though some of the most interesting and provocative shows burn the brightest and fade out quickly or are given a set timeframe in which to enact their magic, but many would no doubt agree that some shows are better off lasting only a few seasons, since anything more would begin to make the series drag in a way that would be less than desirable. Game of Thrones, the former cash cow of HBO, was seen to do this as the seasons stretched onward, and despite the continued interest of the fans, GoT continued to deteriorate in the eyes of many, even those that were willing to forgive more than others. It does appear that Westworld could do the same if it were kept alive for more than a handful of seasons. To be fair, many people didn’t think season 4 would be possible.

But in just another month we’re going to see how the story continues to roll out, and whether or not the story will end on a tragic or neutral note that will send things off into another season…possibly. As of now though it does sound as though there might not be another plan for the next season, and the fourth might be the last one. So it’s easy to expect that things will finally come to a head in this coming season, and from what’s been shown in the trailer, there’s plenty of reason to think that it will be anything but peaceful.