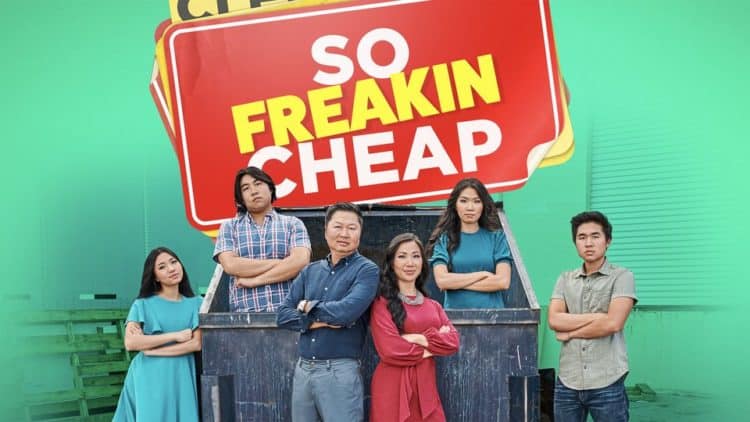 Most people would agree that being mindful about how they spend their money is a good thing. But is there a such thing as being too mindful? Apparently, the answer is yes and TLC is exploring that in their new series So Freakin Cheap. In a lot of ways, the show is similar to the network’s short-lived series, Extreme Cheapskates in the sense that it takes a peek into the lives of people who are incredibly frugal. Camera crews follow four families in different parts of the United States as they go to extreme measures to avoid spending money. Some of the things they’re willing to do are so ridiculous that viewers can’t help but think they’re acting. On the other hand, however, the show could be a prime example of how the truth is often stranger than fiction Is So Freakin Cheap fake? Keep reading to learn more.

The Cast Of So Freakin Cheap

The cast is usually one of the first things that get discussed when people talk about whether or not a show is fake. After all, if the people on the show have a history of being actors or being on other reality shows, it does make things seem a little suspicious. So far, though, the case of So Freakin Cheap seems to check out. Below is a list of the families featured on the show.

The Watson family are the only cast members on So Freakin Cheap who also appeared on Extreme Cheapskates. Shelley and Tracy Watson take their finances very seriously, and they have also instilled this mindset in their two daughters. The Watsons are always looking for ways to cut quarters when it comes to spending money and they’re hoping to be able to pull off an entire wedding for $1,000.

Comfort is one thing that most people are willing to pay for, but not the Guiles family. They are so serious about saving money that they haven’t even purchased any real furniture or major appliances for their home. Becky prides herself as being the ‘most frugal mom in America’ and she is sure to do what she can to live up to that title. Some of her antics including washing dishes in a nearby river and making her sons believe they share a birthday so she doesn’t have to pay for two celebrations.

The Trans are unique because, unlike the other families on the show, they do enjoy living in luxury. That said, they have found ways to maintain a nice-looking lifestyle at a very low cost. The Tran family has even been known to go dumpster diving, and they insist that doing so has saved them lots of money. They’re never afraid to get creative when it comes to saving money. However, not everyone in the family agrees with living so cheaply, and this causes tension in the household.

If you thought dumpster diving and washing dishes in the river was odd, wait until you hear about Tony Clayton. He is so frugal that he makes cleaning solution with his own urine to avoid having to buy cleaning products at the store. However, Tony’s wife, who is the breadwinner of the household, doesn’t believe in living this way and their differences in finances put a strain on their marriage.

Even though So Freakin Cheap is a new show, people have already started to question whether or not it’s real. This isn’t surprising because a number of people also felt that Extreme Cheapskates was fake. That being said, it appears that on a surface level, the information about So Freakin Cheap checks out. The families on the show do appear to be real-life families. We also haven’t found any information to suggest that the show is scripted. However, there is always a chance that certain situations are played up for entertainment value. On top of that, it’s no secret that reality TV editing can be very manipulative.

Will So Freakin Cheap Get A Second Season?

At the moment, So Freakin Cheap has not been renewed for a second season. That doesn’t mean the announcement isn’t coming, though. The show already appears to be popular among viewers, and there are a lot of people who would love to see it continue. People seem to really love watching people go to extreme measures. There’s no doubt that TLC is hoping that it will surprise Extreme Cheapskates which only lasted for three seasons.