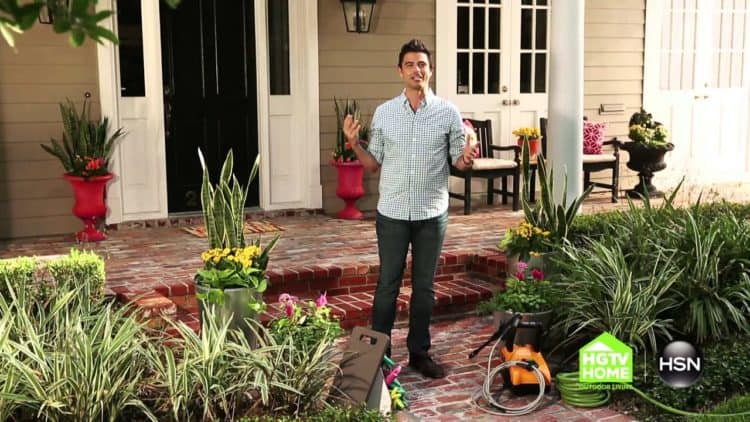 When the HGTV series Curb Appeal debuted in 1999, it became a hit almost instantly. As the title suggests, the show was all about helping people improve the curb appeal of their homes to make them more attractive to potential buyers. With the help of John Gidding and a team of professional landscapers, viewers watched as these homes transformed right before their eyes. Not only was it fun to watch other people’s properties level up, but many people also got some cool ideas for their own homes. Although the show went off the air in 2013, it continues to remain a major part of HGTV history. However, even after all these years some people can’t help but wonder about the validity of the series. Is  Curb Appeal fake? Keep reading to learn more.

Despite being called “reality” TV, most people who watch these kinds of shows do so with the understanding that they’re not exactly real. Many elements of reality TV are staged for the sake of entertainment value. Unfortunately, that is also true for shows like Curb Appeal.

While it’s true that the people featured in the show were really homeowners, many things about the process were falsified for the sake of production. This isn’t necessarily a bad thing, though. According to Home Addict, Cenate Pruitt, a man who was on the show in 2010 revealed that the details of the makeover were decided long before filming began. Additionally, many of the shots in Cenate’s episode were filmed out of sequence. This, however, probably doesn’t come as much of a surprise to most people.

Footage From the Neighborhood

Pruitt also shared that the shots the show used of ‘his neighborhood’ were actually filmed in completely different areas of the city. During an interview with the A.V. Club, he said, “A lot of the establishing shots of the Atlanta area that they used were nowhere near the house. All the storefronts where people are walking their dogs—that’s several miles west of us. They’re just creating this little narrative of this nice little street. And it is a nice little street, there’s no crime or anything.” He added, “A lot of people that they interviewed were folks passing by… So we knew maybe half the people that are identified as “neighbors”—some of them were friends of ours who posed as neighbors when they came to visit.”

Although Cenate Pruitt said that the filming experience was positive overall, things weren’t so great after the camera crews left. During the show, the HGTV team built a retaining wall by the entryway for his basement. Unfortunately, during hard rains, this wall caused any water that entered the basement to get stuck there. This has resulted in some basement flooding for the Pruitts. On top of that, the wall was built in a way that has caused them to lose some of the functional space in their basement.  To HGTV’s credit, however, they did send people out several times to fix the flooding issue with the basement. Unfortunately, though, they were never able to completely remedy the problem.

To add insult to injury, Pruitt noted that the beautiful landscaping didn’t last long. He told the A.V. Club, “The biggest shock was all the landscaping work. They put in all these beautiful mulch flowerbeds, then a Georgia summer killed all of it. Just about all the flowers they planted were dead in two or three months.” To be honest, though, this shouldn’t have been too shocking. All landscaping requires regular maintenance (which can be very expensive). HGTV probably could’ve done a better job of explaining this to the Pruitts. The Pruitt family has since moved out of the home and has used it as a rental property.

Does It Matter That The Show Wasn’t Entirely ‘Real’?

Many viewers would probably agree that they weren’t too devastated about finding out that Curb Appeal bent the truth a little bit. All of the important details about the show appear to have been true. Anything that was fudged was done so simply for aesthetic and production purposes. For example, planning out the landscaping designs beforehand makes filming easier. It gives everyone an idea of what to expect and helps ensure that the project can actually be completed in the allotted amount of time.

Curb Appeal Is Back

The original Curb Appeal ended nearly a decade ago, but HGTV has decided to introduce a new version of the series. Curb Appeal Extreme is one of the newest additions to HGTV and it’s breathing new life into the show’s original premise.