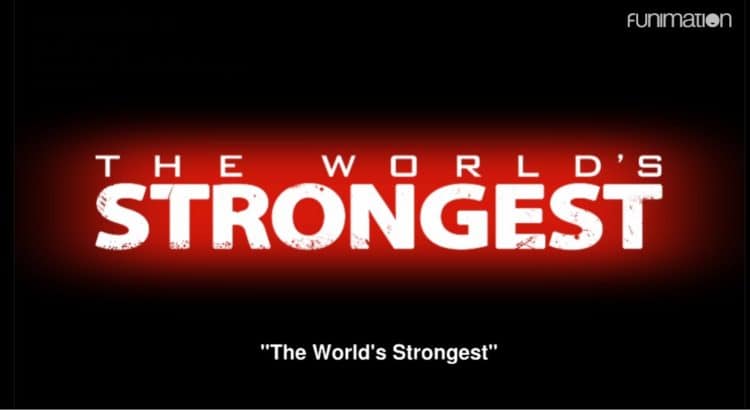 The world of Dragon Ball is quite vast, and spans multiple series like Dragon Ball, Dragonball Z, Dragon Ball GT, and Dragon Ball Super, as well as a lot of movies (including one that we never talk about…you know the one I’m talking about). Unfortunately, a large majority of these movies aren’t canon, which means there’s really no point in watching a lot of them, but that doesn’t mean you can’t watch them if you want to. One of these movies is Dragon Ball Z: The World’s Strongest. Released in 1990, Dragon Ball Z: The World’s Strongest  but is it even worth watching now? Before you read any further, it’s important for you to know that there will be spoilers for Dragon Ball Z: Dead Zone ahead, so if you want to skip those spoilers, I would go right to the end of the article.

Dragon Ball Z: The World’s Strongest begins with Oolong and Gohan taking a trip to a frozen mountain in order to look for the dragon balls, because Oolong wants another pair of the world’s most comfortable underwear (the very first wish that we saw granted in the original Dragon Ball series). Oolong sees that someone has collected all seven of the dragon balls, and hopes that Gohan and himself can reach them before this unknown person can make their wish. Little do they know that Piccolo is also on this same mountain, though it’s unclear why he was there initially, because he isn’t the one with the dragon balls. It turns out that some scientist named Dr. Kochin is the one that has located the dragon balls, and unfortunately, has summoned the dragon Shenron before Oolong, Gohan, or Piccolo can stop him. He wishes for the great Dr. Wheelo and his experimental fortress to be thawed from the ice, so that they may continue their experiments. The wish is granted, and the dragon balls fly over Oolong and Gohan’s heads.

A couple of creatures that look sort of like Saibamen come out and attack Oolong and Gohan, until Piccolo shows up and effortlessly defeats them. Oolong makes Gohan promise not to tell anyone anything about where they’ve been or what they’ve been doing, and they return home. There’s a really strange musical number about Gohan studying and professing his love for Piccolo, but then it cuts to Oolong and Bulma cooking. The same Saibamen-esque creatures show up and kidnap Master Roshi and Bulma, and then it’s up to Goku to save them from the evil Dr. Wheelo and Dr. Kochin. To make a long story short, Dr. Wheelo thought that Roshi was the most powerful being on the planet, and wanted to turn him into his own bio-man, but Goku and the others end up stopping him, after quite a struggle, especially with Piccolo being brainwashed and fighting against them for a bit. The whole thing is eventually resolved, Bulma gets released, and everyone lives happily ever after – more or less. The movie is about an hour long, and in all honesty, I found it pretty difficult to continue to keep my focus on it. Maybe it’s just because I’m used to the later episodes of Dragon Ball Z, but for some reason Dragon Ball Z: The World’s Strongest just didn’t hold my attention at all.

Even though the plot wasn’t exactly the best, in my opinion, I did think that the animation was pretty decent. Again, for being 30-year-old animation, I still think that it holds up well enough to stand on its own without being poor quality. It’s pretty classic Dragon Ball Z style, so while it’s not the smoothest animation, it still works.

There are plenty of solid fights in Dragon Ball Z: The World’s Strongest, but I wouldn’t exactly say that they’re great. However, Master Roshi gets in on the action, and it’s nice to see him do more than…well, nothing, for the first time in a while. It’s also cool to see Goku use the Kaio-Ken technique, since he doesn’t really use that much at all after he discovers the ability to go Super Saiyan.