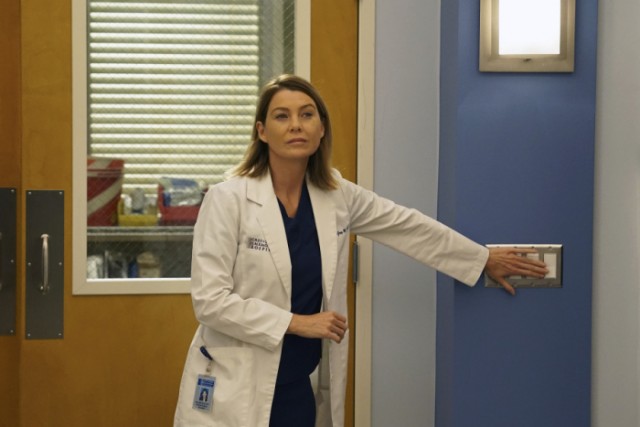 Season 12 of Grey’s Anatomy introduces a whole new world following a tumultuous and devastating year that saw the loss of our beloved McDreamy. The show’s titular heroine had to learn to move forward with her life, and based on the season premiere, we would be wise to stick around for the journey.

Meredith Grey, now a single mother of three, has moved back into her mother’s house with her kids, her sister Maggie, and sister-in-law Amelia. Amelia and Meredith are having trouble communicating as roommates, leaving poor Maggie in the middle; more on that later.

The main trauma of the premiere is two young girls hit by a train. Callie is the first to realize that the girls meant to get hit by the train. It turns out one of the girls’ bigoted parents are trying to send her away so that her lesbianism can be “fixed”. After witnessing first-hand what a piece of work the mother is, Callie gets in her face. All I can think is that it’s nice that the Hippocratic Oath does not apply to this woman. The other girl’s father, a widow, can only sit in shock and worry. While the mother might be a piece of work, the girls’ fathers connect outside their daughters’ rooms, a hopeful first step. Thankfully the homophobic witch gets a nice scolding from her husband by the end of the episode, exemplifying that the number one rule of parenting is unconditional love.

While operating on the girls, the conversation turns to bullying. It turns out Maggie’s childhood bullies were particularly cruel to her and the scars are still there. When the bigoted mother zeroes in on Maggie, even though it was Callie who called child protective services on this witch, Maggie punches her in the face! Yes, I know we’re adults and we’re supposed to be above such things, but everyone high-fiving Maggie afterward seemed appropriate. At least this gives Maggie the gumption to quell the fighting between her roommates so they can have a peaceful cohabitation.

Jackson is being badgered by everyone since April is coming home, and frankly I agree with his assessment of the situation. “Why is it that everyone thinks they can have a front row seat to my marriage? Show’s closed, I’m not selling tickets”. April’s brief appearance at the end of the episode doesn’t offer much in the way of hope for diehard Japril fans, and yes I count myself amongst them.

Bailey is itching to get the Chief of Surgery position, but Catherine has a different idea. Her candidate, Dr. Tracy McConnell, is more than qualified and actually very nice. The Bailey-loving part of me feels like a traitor just for writing that. Catherine thinks the hospital needs someone to keep everyone on their toes, and Bailey can’t deny how great her competition is. It may be a brave new world, but this certainly isn’t the Bailey who trained the original core 5. Her husband is having none of that, and Ben forces her to push away her doubts to embrace her rightful place. Just like that, Bailey fights back with a passionate speech about her unwavering dedication to Grey Sloan Memorial, and I’m in tears.

Other storylines to look forward to are a united Alex and Jo, and single Arizona rooming with the intern we met at the end of last year, Dr. DeLuca.

Next week sees the return of Bailey ‘The Nazi’ as she embraces her role as Chief of Surgery, and I am thoroughly excited. We were told that this season would mark a whole new chapter for Grey’s Anatomy, and it truly does feel like a whole new world. Yes we still mourn the loss of Dr. Derek Shepherd, as we mourned the loss of other doctors who have left over the years. Life moves on, and twelve seasons in, Shonda Rimes’s original sudsy drama has a strong, steady pulse.

Who else is excited for the return of Bailey in full, fighting form?