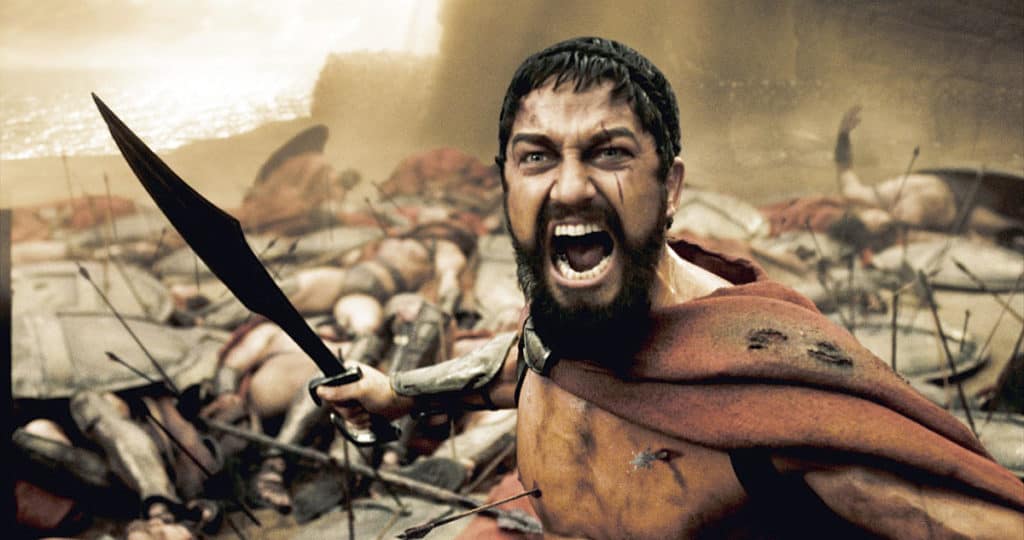 Even in movies, the role of the leader is insanely important since picking someone to play the role of a leader is just as vital as anything. A leader has to have the natural charisma that makes people want to follow them, but also the acting ability to make it appear as though they’re worth following. This type of person doesn’t have to be perfect, since leaders are anything but. They do need to be able to make it appear that the weight of the world is on their shoulders, since in real life, good leaders tend to take this without thinking about it, but always know it’s there. Leaders in the movies can inspire people in real life since it doesn’t matter if it’s fiction, a movie can still inspire someone to do something great in life simply because they like the feeling of seeing others succeed and knowing that they had the privilege to be a part of it. A good leader doesn’t seek to elevate themselves first, they look to inspire others to rise above everything and become great.  Here are just 10 of the greatest leaders in cinema.

There’s a good reason why this character is this far down on the list. Not only was the character fictionalized in a big way for this movie, but he also HAD to keep going full tilt at an enemy that could have squashed him at every turn. It’s true that William was fighting for his country and hated the in-fighting in the movie, but his ‘all go no quit’ attitude contradicted his intelligence.

So yes, Rick Flagg was the obvious leader, but seeing as how he managed to get himself ambushed and didn’t have all the intel he needed, he was a bit lacking in this movie. Bloodsport was the reluctant leader since he didn’t even want to be there, but he was the one helping to keep people alive, sometimes literally since he had to shoot King Shark a couple of times to keep him from eating Ratcatcher 2.

Miller wasn’t the most likable leader to start with, but it was obvious that he cared about his crew and wasn’t about to let them slack off in the least bit. But as the movie went along it became pretty easy to see that when all was said and done he was ready to burn for his crew if that’s what it was going to take. The fact that he went back to the dark dimension with Dr. Weir was enough to give him a push up the list.

There’s no doubt that some people figured that Maximus should have taken the offer that Commodus gave him and then worked his way through the system to tear it down. But had he done this it’s very likely that he would have died a much more useless death. Winning the crowd was a big reason why Maximus wasn’t killed outright, but killing the emperor in full sight was an epic end.

This guy did a lot of shady stuff, such as retrieving Phil Coulson’s Captain America cards from his locker AND smearing them with blood, but he usually did such things to inspire others. Fury is the kind of guy that has done plenty in his life to feel bad about, but at the same time, he’s done these things to create a better scenario that helps to inspire people and get them off of their butts to do something positive.

Leaders aren’t perfect, as was mentioned above, and Stephen had plenty of faults that could be listed. But he was undeniably loyal, which is a big point in his favor since that kind of quality in a leader is hard to find at times. His loyalty to a man that was causing fires around the city was a bit misguided, but understandable since he’d known and trusted him for so long.

You had to know that this entry was going to hit the list in the top 5 since Picard is one of the greatest leaders that the Star Trek franchise has ever seen, and possibly the greatest at this time. This is a guy that has gone to bat for his crew more than once, and yet he is kind of a jerk sometimes. It balances out in a big way to make him one of the best leaders of all time.

The one line in this movie that should send chills down anyone’s spine comes when Leonidas states that he would gladly die for any of his men when Xerxes makes it clear that he would toss his soldiers into harm’s way to win. Leonidas was definitely a little prideful and could have done a few things differently, but the fact is that this guy was the kind of leader that anyone would be proud to serve under.

Yep, he was a kid. So? Mikey was the heart and soul of the Goonies since everyone else would have likely folded like paper dolls when it came to accepting their fate. That wasn’t how Mikey was made though, and while this is up for debate, his decision to leave a bit of treasure for One-Eyed Willie was a great sign of respect. Some might say it was because he suspected it was trapped, but a good leader knows how to show respect and to inspire it in others.

I’ll be honest, I still get choked up when I watch this movie and come to the part when the prince tells William that his men love him and that if he knew nothing else about him, that would be enough. It can’t be said enough, leaders inspire people, they sacrifice for their people, and they know how to earn the respect they’re given without demanding it.

Some of us are born leaders, but not everyone understands what it really means to BE a leader.