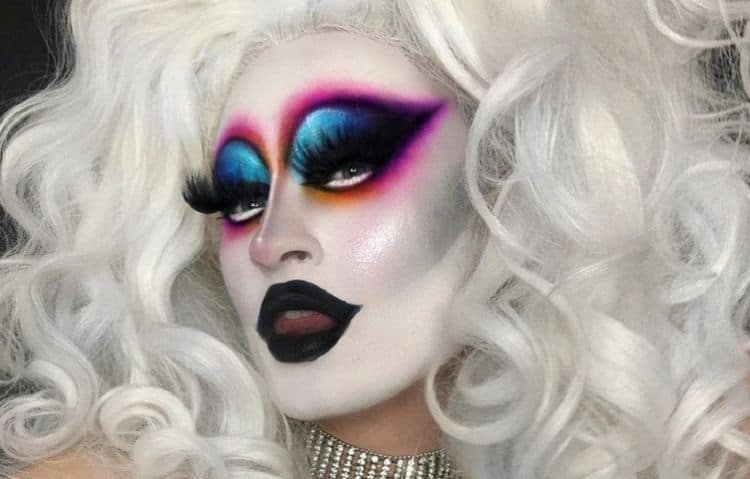 Gottmik is relatively new to the world of drag, but she’s already making lots of waves. Best-known for being the first transgender contestant on RuPaul’s Drag Race, Gottmik is here to prove that drag is for everyone. Although the season is just getting started, lots of people are exited to follow along with Gottmik’s journey. Her gorgeous style and impeccable makeup skills have made her a fierce competitor and she’s hoping to go home with the win. Keep reading for 10 things you didn’t know about Gottmik. Please note: Gottmik uses he/him pronouns outside of drag, but since we will be referring to his drag persona, we will use she/her pronouns which is what Gottmik uses.

1. She Is Originally From Arizona

Although her hometown is often referred to as Los Angeles, Gottmik is originally from Arizona. Arizona has lots of things to offer, but she eventually realized she was ready for something bigger. She moved to Los Angeles when she was 18-years-old, and the city has played a huge role in her life and her journey to/through adulthood.

Having a strong support system is important, and Gottmik has been fortunate to find a good group of friends. During an interview with Today, Gottmik said, “My friendship with Gigi is the most special thing I ever could have imagined happening in my lifetime. It was so just easy just from the get go. She is such a trans icon that really paved the way for so many people and I think my different take on the trans experience, while still being feminine and fun that we can relate on that level as well, really inspired her. It was just game over. Best friend for life.”

3. She Loves Connecting With Fans

Even though it’s still very early on in the Gottmik’s season of RuPaul’s Drag Race, she’s already building a huge fan base. She understands the importance of building strong relationships with fans. She loves using social media as a way to connect and interact with her supporters from all over the world.

Being on RuPaul’s Drag Race has already done wonders for Gottmik’s career. She started a YouTube channel in January of 2021 and she’s already managed to get more than 50,000 followers. Despite only having two videos at the moment, Gottmik’s channel has nearly 285,000 views.

5. She Comes From A Very Conservative Family

Coming out as a member of the LGBTQ+ community isn’t an easy thing to do, and it’s especially difficult for people who come from conservative backgrounds. This is something that Gottmik can relate to from firsthand experience. During an interview with the Gay Times, Gottmik said, “My family is very Christian, so they didn’t really understand. They went through so many emotions trying to deal with the loss of their daughter, basically, but when they came out to visit me recently, they saw how amazing the people around me are and how much happier I am that I’m living my life authentically. They realised that I’m finally “me”.”

6. She Hopes To Inspire Others

A trans man being part of the drag community isn’t something you see every day, however, Gottmik is hoping that it eventually becomes more common. She wants to use her platform to highlight the diversity of drag and to also inspire other people to know they can do whatever they put their mind too.

In addition to her gender identitiy, Gottmik has also been open about her sexuality. She is a proud pansexual. For those who aren’t familiar with that term, pansexuality essentially refers to a person who is attracted to people regardless of their gender and/or biological sex.

8. She Originally Wanted To Pursue A Career In Fashion

Gottmik’s journey to drag was a bit different than most. When she relocated to Los Angeles, her initial goal was to break into the fashion industry. Eventually, however, she found herself gravitating towards makeup which eventually led her to drag. Gottmik’s makeup skills have proven to be a very valuable asset for drag.

9. She Draws A Lot Of Inspiration From Circus Imagery

Every creative person needs to find inspiration somewhere, and Gottmik finds hers in a very interesting place. She told the Gay Times, “I pull a lot of inspiration from clowns and old circus images on Pinterest, then I make them glamorous.” Anyone who has ever seen Gottmik’s makeup would probably agree that she does a great job of turning on the glam.

10. She Doesn’t Care What Her Haters Have To Say

Sure, there are lots of people who absolutely love Gottmik, but there are also plenty of people who haven’t had the nicest things to say about her. While it’s not always easy to deal with negativity, Gottmik doesn’t let what her haters have to say get underneath her skin.