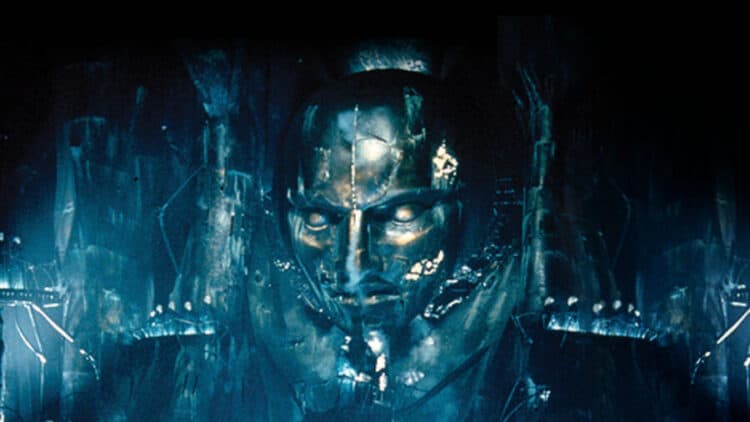 Dark City was a fun movie that had a very simple plot that was hidden by just enough intricate storytelling that made people wait patiently until everything was finally revealed, and as a movie, it nearly worked in a way that might have made it more than a cult classic. But there was just enough missing that made it tough for some folks to understand since like it or not, some folks do enjoy being spoon-fed the plot. But Dark City made people pay attention, which could be one reason why it wasn’t seen as a big hit. But upon seeing it again and again, there are a lot of questions that might need to be answered, and it’s possible that a series could remedy this. But it might be better to keep it as a limited series, for several reasons.  Here are five reasons why a Dark City TV show should be a limited series.

5. Delving too deeply into the lore might spread the story too thin.

There’s a lot that can be done with this story since the fact is that the movie only went so far into its own lore that one can imagine that it might go deeper, wider, and perhaps create ideas that would benefit the overall tale. But too much of this over too long of a time could demand that it go in far too many directions that might eventually detract from the main story. This would no doubt create the idea for spinoffs, but at the same time, it would go a long way toward proving that the Strangers might have visited one or more worlds and tried to colonize them in a manner that had failed or succeeded.

4. It might be tough to invest in new characters.

The characters that the movie introduced were easy to become invested in since there weren’t a lot of them and they didn’t require a great deal of time and effort to see as sympathetic or evil characters. But the sad fact is that William Hurt couldn’t come back since he passed away not long ago, and it’s not certain whether or not the other actors would want to return. As to casting new main characters, it’s hard to think that they wouldn’t be compared to those that were seen in the movie since this is bound to be something that people would do when trying to determine the efficiency of the series.

3. This would have to be a complete reboot of the idea.

Whether the original actors didn’t want to return or not, it still feels as though this would need to be a reboot since, by the end of the movie, the main protagonist had altered the city in a way that made it nearly impossible for the Strangers to survive as easily as they had before, as the addition of light to the bleak surroundings would keep them from emerging as easily. A new idea with the same setting might be needed, or the original story might need to be stretched out as much as possible. Perhaps it would even explain the protagonist’s starting point in the movie.

2. Stretching the story too far might miss the point.

It does feel as though this story could be made into something interesting, but it also feels that the need to spread it out and make it into something that would visit other worlds, dig deeper into the lore, and spread things out in ways that might eventually lose the overall plot. Instead of sticking to the core story, which would likely be limited to a single season that could be crafted from start to finish with a firm idea in mind, the idea of spreading out would make it tough to keep things united by a common thread. It does feel as though the Strangers might have visited earth more than once, but it’s a wonder how many other worlds they would have visited before the movie started.

There are a lot of questions that exist in this story, and a lot of those would go deeper and perhaps further from the main point. As far as they might go though, it’s fair to think that fans would want to explore as many of these questions as possible. There is a chance that the questions would lead to a lot of different ideas that might be kind of interesting and might very well take things in another direction. But it does feel as though the story would suffer for it the longer things went. Some might want to think that it would be a good way to change, but to be fair, it would alter the story in a way that might dilute it to the point where it would become an entirely different tale.

The ‘Strongest Avenger’ is an Empty Title

Let’s Talk About the They/Them Trailer

Five Reasons Tiana Will Receive a Warm Welcome from Fans