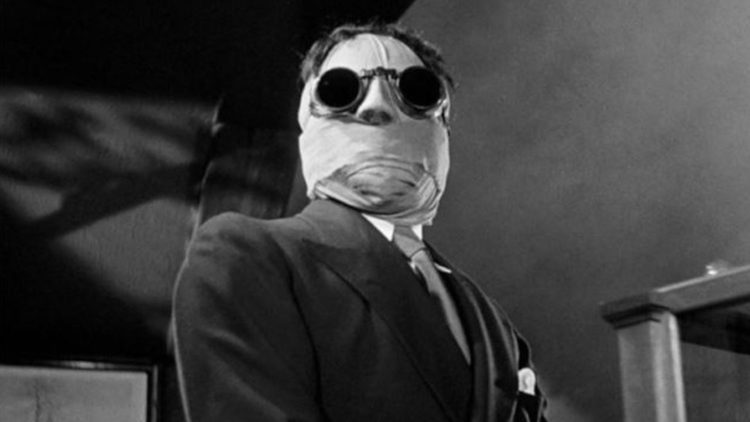 Joey Paur of GeekTyrant seems ready to hold his own reservations about the coming remake of The Invisible Man and I can’t say that I blame him since monster movie remakes have been a big hit and a miss as of late apart from a few key scenes here and there. The Mummy, the numerous vampire stories, and even Frankenstein’s monster and possible tie-ins to the Creature from the Black Lagoon have been popping up left and right for years as directors have used these old and time-honored ideas to try and revive the interest in monster movies. The only problem is that their ‘take’ on several aspects have left fans wanting since even with the Wolfman being treated in a more classical manner it didn’t help since trying to improve on originals is, as many people know by now, not always appreciated. In the case of the Invisible Man though this movie almost seems to have gone dark in a way that might not have been intended.

With a big roll of the eyes, here are five predictions we’re making for this movie as of now.

5. Fans of the original are going to pick up on the idea that it’s not really tied to the classic story.

It’s even been revealed that it’s not going to follow the main story from the original movie so right away you get the feeling that things aren’t going to seem as fun as they were when this movie first came out so long ago. Ethan Anderton of Slash Films seems to think that the coming years are going to see the classic monsters returned to prominence but quite honestly when the source material isn’t followed as it needs to be and the directors, writers, and producers decide to take on idea and then create their own story….well, that’s usually a pretty good idea, but this time around the source material would have been a lot better to follow.

4. It might be kind of similar to Hollow Man.

Remember the flop that could have been great with Kevin Bacon, Elisabeth Shue, and Josh Brolin? Bacon played the mad scientist role and paid big time for it since he ended up disappearing for good and went nuts not too long after. This almost has the same feel of that movie since it seems that the ex-girlfriend that runs from the deranged scientist and tries to hide from him. It’s only when she feels that she’s being haunted after his ‘death’ that things start to ramp up it would seem and the action really starts to get going. That reeks of Hollow Man in a way since it’s a more modernized version of the old classic, but with a lot more domestic abuse it would sound like.

3. The movie won’t get an automatic sequel.

This a good thing it would seem since the plot of the movie, as shown by Josh Millican of Dread Central does seem to be worthwhile enough to read and possibly think about in terms of how the movie might pan out, but it still doesn’t seem as though it will be a big enough hit to warrant another one right away. It also won’t be a part of the Dark Universe since that effectively died along with the chance for The Mummy to have another movie anytime soon since Tom Cruise and Russell Crowe kind of killed that idea with a movie that had moderate expectations but still went way below the bar.

2. It’s not going to be as well-received as the creators want.

This seems to be something of a given since quite honestly the old horror movies being used as a basis for new and upcoming movies isn’t really going over as well as anyone was thinking it might be. With the exception of a few ideas that might still be in the pipeline and could possibly do fairly well it’s easy to think that this movie might be another in a growing line of flops that needed to be evaluated a little further before pulling the trigger. The sheer potential for a movie like this is enough to think that it could be turned into a masterpiece much like the original story, but that doesn’t seem to be the trend these days.

1. It will come off as more of a ghost story.

It’s already admittedly been said once or twice in the articles that have covered this movie since it’s been lauded as something that’s based on the original but won’t be LIKE the original. Really? What in the world does that mean apart from saying that the director glanced the original story and then decided to say that this movie will follow the idea in spirit but not in form? It’s like waving a bottle of vermouth over a martini glass, it’s a neat gesture but in the minds of most people it’s symbolic and nothing else.

Maybe, just maybe the movie will be worth something.