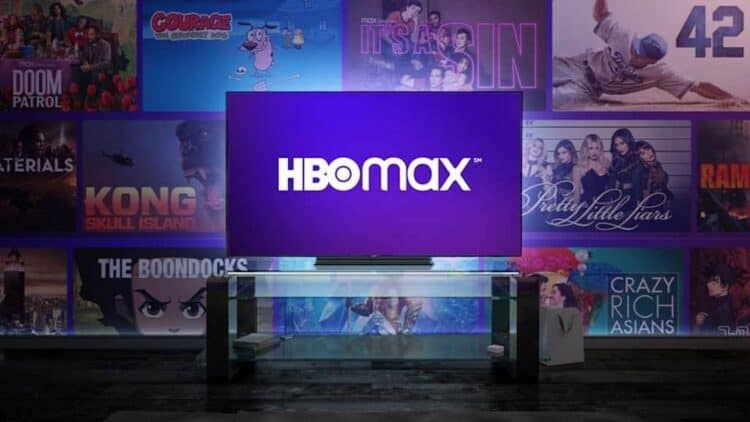 It’s absolutely amazing how thoroughly the dumpster fire launch of HBO Max turned around into one of the honest-to-God best Streaming services on the market today, with the widest range of movies to choose from (foreign, domestic, classics, contemporary and everything in-between).  Other than its bungled launch (which is, without question, the most terribly executed tech launches in my lifetime), its bad-faith destruction of FilmStruck to get here and a few head-scratching programming decisions (like why all of the DC movies, all made in-house for Warner Bros, aren’t simply available out of hand), there’s only a few minor quibbles to speak of.  It’s no Criterion Channel, but then again, nothing is, and HBO Max offers a massive catalog of options (some of which overlaps with my beloved Criterion Channel) that appeals to a much wider range of moviegoers than the comparatively niche product from Janus & Co. 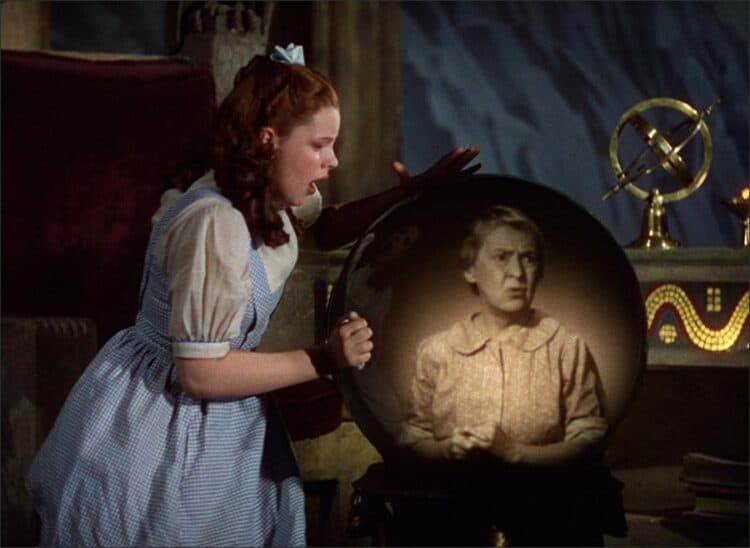 June is Pride month, and LGBGT+ icons just don’t get any bigger than the legendary, brassy-voiced Judy Garland.  Although not a queer woman herself (at least that anybody seems to know of), she was an ardent supporter of the fledgling gay community in Mid-Century Hollywood, her iconic rendition of “Over the Rainbow” became a harrowing ballad for gay fans – even being called “the sound of the closet,” her personal story of persecution by those in power and constantly struggling to come back from perpetual ruin resonated with a larger community of those strung out on the margins and her funeral even bled directly into the start of the Stonewall riots the following morning.  The problem with the singular talent of Judy Garland isn’t so much that she failed to live up to the hype surrounding her (she is one of the most preeminent performers of her generation for a reason), but rather that any movie she was put in inevitably failed to live up to her show-stealing talents.  Simply put, the movies that she was in were never as good as the actress herself… except for this one time in 1939.  By some estimates the most-watched movie ever made, The Wizard of Oz is the only movie in her long and storied career that ever rose up to the occasion of starring Judy Garland: iconic, transportive and utterly delightful in every way.  And, yes, being the film that her career-defining ballad comes from certainly doesn’t hurt anything.

But, if you’d rather explore Judy Garland’s expansive career of generationally popular musicals, Meet Me in St. Louis is logical place to start.  It always surprised me that this 1940’s technicolor extravaganza isn’t more popular.  It’s gorgeously photographed – with sets and costumes and cinematography that are among the very best to come out of 1940s Hollywood – features two enduring musical numbers that will live in your ears for days after the credits start to roll (including the now-iconic Christmas ballad “Have Yourself a Merry Little Christmas,” which debuted here) and covering virtually every major holiday over its year-long story, making it a perfect watch no matter what time of year you find yourself needing a little bit of Judy in your life.  It’s a little old-fashioned, to be sure, but then again, MGM always seemed to be putting her in turn-of-the-century, positively Victorian roles that were innately ill-suited to her big, brassy, bellowing style of mid-century singing.  But you can’t say that she doesn’t stand out in this movie, nor that it doesn’t succeed better than most at coming up to (or at least near) her stratospheric levels of performance.

Adapted from the spine-tinging Shirly Jackson novel by legendary director Robert Wise between hit musicals West Side Story (1961) and The Sound of Music (1965), this touchstone horror classic provides the cinematic blueprint for virtually every haunted house story which followed it.  A richly layered foundation for any competent filmmaker’s darkest imaginings, Wise pulled some of the screen’s most lingering scares from Jackson’s text, while leaving much of the lesbian subtext – a consistent theme across Jackson’s queer-coded oeuvre – wriggling just under the surface.  Although I feel the restrictions of late-Code Hollywood invariably hindered much of what could have been done with the story, there is nevertheless a lot of great storytelling to pull on here, to say nothing of the recent Faculty of Horror episode devoted to this episode, which the morbidly curious can use to further their appreciation for this seminal horror feature. 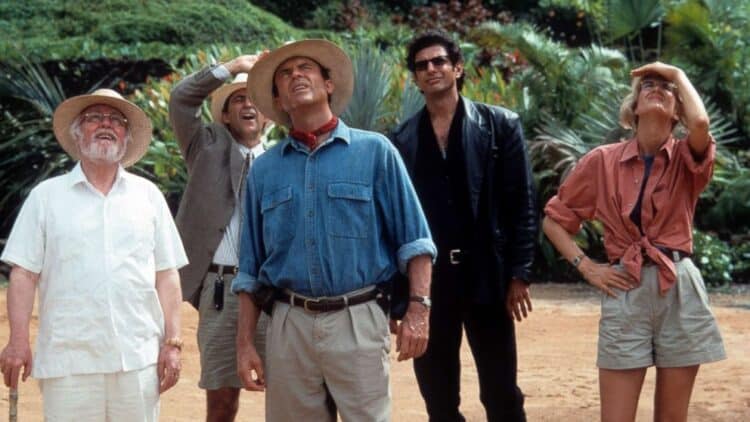 This month, the third (and final?) Jurassic World movie comes out to finally put to bed whatever this Johnny-come-lately take on the franchise has been for the past decade.  The films have been met with somewhat mixed responses from critics (and somewhat less mixed responses from audiences, who continue to make this franchise Universal’s major cash cow outside of the Fast and the Furious movies).  Having not seen the most recent movie myself, I’ve generally liked them, even if it’s clear by now that there was never this much material to wring out of a top tier John Crichton novel and mid-tier Stephen Spielberg adaptation (at least, mid-tier based on the generous curve of existing within his unimpeachably excellent track record as THE American filmmaking across the last six decades).  I mean, none of the movies have come close to how much fun (or how awe-inspiring) that first movie is for realizing realistic-looking dinosaurs prior to Hollywood’s digital, post-Phantom Menace revolution a few years after it hit theaters.  Coming out the very same year as Schindler’s List (1993), it’s a perfectly contained movie about the inherent dangers of resurrecting a species that the world has long-since moved on from, and does it so effortlessly that everything that followed – including Spielberg’s own direct follow-up in 1997 – had to work double-time just to keep up with it. 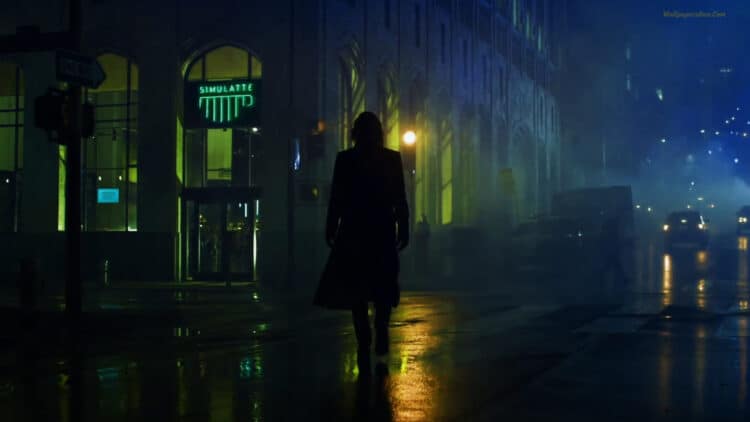 Although this movie sure whipped the franchise fanatics up into a frenzy with its intelligently self-aware meta-premise and vituperate execution, it stands out among the very best movies released to American cinemas last year.  Granted, it takes a while to really get going, relies a bit too heavily on clips lifted directly from the preceding three movies and brings into the foreground elements from those films that didn’t land all that strongly the first time around (The Merovingian, anybody?), but all of the new material really sings here, and even elevates some of its half hazzard stumblings up to its level of execution.  This is the kind of sequel I wished that Reloaded (2003) or Revolutions (2003) was twenty years ago.  And it successfully, if messily, wrestles the franchise and its characters back from the feckless Warner Bros CEOs and MRA troglodytes that have laid unjust claim to them since the last franchise installments came out, putting them squarely back in the hands of its trans creators.  That alone is worth the sequel, but the new riffs on the old philosophies and John Woo-inspired shootouts certainly don’t hurt anything either.