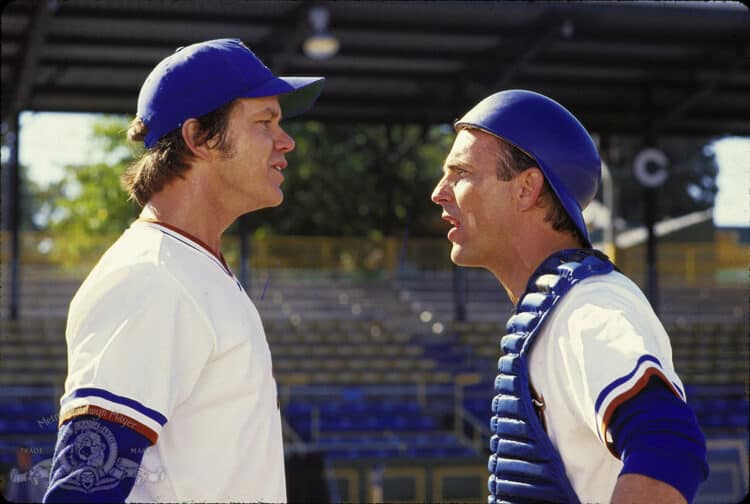 The MCU has shown us what could have possibly happened in the Marvel universe if certain things had happened instead of the stories we were given. But what if that could be applied to other movies? Just think about how different a lot of movies would have been had they been forced to lose or more of their key elements. Would the stories have been able to continue? Would it have made next to no sense to keep moving forward? That’s a good question on all fronts to be certain, especially since some stories feel like they could have kept going even if things would have gotten even worse than they were, to begin with. But then again, some stories might have stopped then and there as it might not have made any sense to keep going.  Here are a few movies that ask the question, what if.

5. What if Crash Davis had just walked away? Bull Durham

There was a moment when it looked like Crash was looking for a reason to just walk away from becoming a stable pony to teach the young pitcher played by Tim Robbins how to slow down and make good use of his gift. After all, who wants to hold someone else’s hand and guide them through a sport that the player should already know? In the end, Crash stuck around because he loved the game and figured it was a way to keep playing ball, but you can’t help but sympathize with the guy for thinking that it was a pain in the neck to have to straighten out a headstrong rookie who didn’t want to listen.

4. What if Marty had listened to Doc and not gone back to the past? Back to the Future III

This one might be a little more controversial since it means that if Marty had actually listened for once, he would have had to let Doc die in the past. But the truth of it is that Doc made his decision to stay put. Who was Marty to keep mucking around with time? Had he allowed this to happen it’s very likely that things would have kept getting worse in Marty’s life, since his inability to resist a challenge wouldn’t have changed at all. But it’s also fair to state that by changing history in such a drastic way that Doc and Marty were doing a lot more damage to the timeline than they realized.

3. What if C had ratted Sonny out? A Bronx Tale

It feels easy to say that C’s life wouldn’t have gotten any better had he ratted Sonny out, especially since in that neighborhood it’s easy to think that his family would have had to move before they could find any sense of peace. Some neighborhoods are tight enough with each other that the moment one of them turns on anyone else, there’s going to be hell to pay, since being known as the town rat isn’t exactly a positive thing, and would have meant instant animosity had C decided to stand up and say that Sonny had committed murder in public. One can imagine that C’s father was relieved as well.

It doesn’t feel as though much might have changed in this instance since it could have been that since Gozer saw them as lesser beings, she was more apt to sweep them away like insects and not give that much thought to their torment. Had Ray claimed that he and the others were gods, it might have gone worse since if Gozer had seen them as anything close to an equal, she might have decided to burn them to a crisp or do something even worse. After all, a lot of deities aren’t seen to handle rivalries well in the movies, and Gozer has never appeared to be one of the most understanding gods.

1. What if Maximus had accepted Commodus as Caesar? Gladiator

If there was one failing of Maximus’ that needed to be pointed out it’s that for all his strategy, the man always went forward, and apparently didn’t know how to bide his time when it came to getting back at his enemies. The death of the emperor was an emotional moment to be certain, and swearing fealty to Commodus would have been detestable. But in the long run, it does feel that this would have granted Maximus a way to come up with a plan to depose the arrogant emperor, save his family, and perhaps even survive the coup that would come as a result. But the truth is that sometimes people don’t believe that honor can withstand this kind of long-term planning.  There are a lot of what-if moments in the movies, and it’s tough to think of all of them. Which ones would you find interesting?