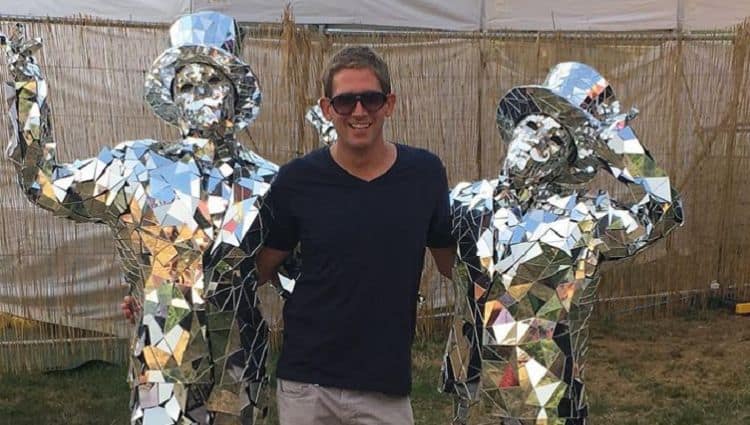 When Eric Szmanda was first cast in “CSI” back in 2000, we had no idea we’d spend the next 15 years getting to see him weekly on television. He played the role of Greg Sanders, and crime scene investigator who did all he could to help his team in the middle of the night. The only CSI series that was filmed as a night-shift team, it was a breakthrough show that led each and every actor and actress on the show to find a place in the hearts of Americans everywhere. We were all excited when it was announced that the show is coming back for a type of epilogue follow-up in a limited series edition, but obviously crushed when we found out Eric Szmanda is not going to be part of the new cast. We miss Greg Sanders, and it’s time we learn what we can about the actor who played the sweetest character.

He looks so youthful, but he’s actually closer to 50 than he is 40. He was born on July 24, 1975. He celebrated his 46th birthday in 2021. Perhaps we all still see him as a child of only 25 when he took on the role of Greg Sanders, but we honestly think he’s just youthful in appearance – which is a great thing to deal with in the business he’s in.

There’s a rumor that people who live in Wisconsin are the kindest, nicest people, and we’d say he fits the bill if this is the truth. He was born in Milwaukee, which is recognizable to many. However, he did not stay in Milwaukee for long. His family stayed in Wisconsin, but they relocated to a smaller town called Mukwonago. He graduated high school there.

Szmanda is one of three kids in his family. His mom and dad welcomed three sons. Their house was likely always loud, probably filled with kids, and it probably smelled less than ideal on occasion. That’s the way of life of boys who like to play hard, rough, and dirty, and without a care in the world about how they smell.

4. He Has a Famous Uncle

He’s not the only famous person in his family. His uncle is a famous man, too. His uncle is Ray Szmanda. If you don’t know him, he’s the man who starred in the ads for Menard’s in the Midwest. He’s known for his excitement and his personality, and it was fun having a local celebrity in the family when he was a child.

Szmanda went to college in Wisconsin. He was a guy who kept close to home most of his younger life. He attended classes at Carroll College, which was a local college in his area. He worked an internship in the marketing industry while he was in college, and that is also what he focused his studies on when he was there.

6. He Worked in the Music Industry

Before he took a chance on his acting career, he worked in another aspect of the entertainment industry. Szmanda spend a few years working in the music business, which is probably a very interesting story he tells. He landed a job following his internship, and he spent several years in Chicago working in the business.

We mentioned he went to college, but he didn’t stop there. He spent a subsequent four years at the American Academy of Dramatic Arts. He graduated there, living and working in Pasadena, California, the entire time he studied acting. His studies paid off well, too.

In addition to his other charitable causes, he’s a man who loves animals. He works hard to raise money to save animals all over the world who are used in circuses and other events that keep them captive in situations that are anything but safe or kind. His passion is to fight and help animals who are being treated cruelly and abused, and he’s done a lovely job of it over the years.

If there is one thing that we can say about Szmanda, he is quite private. We know next to nothing about his personal life and his romantic life. He says nothing about either, and he tends to keep himself as far under the radar as possible. He’s been working for well over 25 years, but he keeps his head down, does the work, and steers clear of the press.

10. He’s Been in the Business a Long Time