Home
Movies
Documentary
Documentary Recommendation: When We Were Bullies 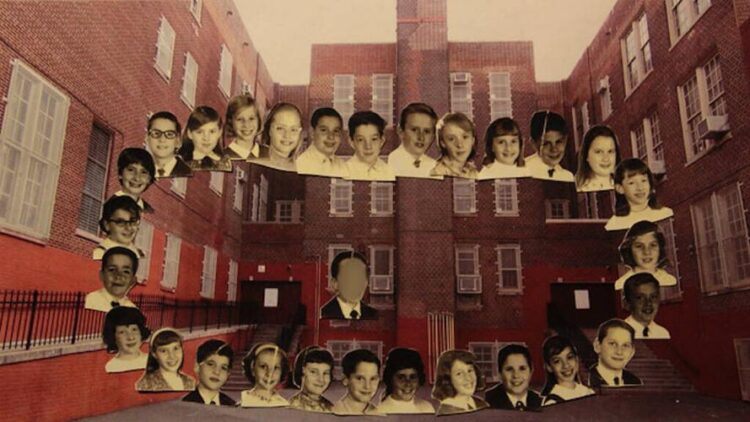 Bullying is a big issue with a lot of people since, to be honest, it’s not a great thing to depict or even normalize in society. But the sad reality is that it’s going to happen at one point or another. We don’t live in a utopia where everything is fair and just, and we certainly don’t live in a perfect world where fairness is a part of daily life at all times. But humans are likely one of the only species on this planet that think this much about bullying and its implications. When We Were Bullies might take a lot of people back to their childhood in a very strong and visceral way as the filmmaker and narrator, Jay Rosenblatt fully understands. But he is quite adamant that it’s not meant to make anyone look at their past, as it is strictly about his own past, and a particular moment when he and his fellow classmates decided to bully a child their age in such a manner that they ended up making him an outcast among their class.

To be clear, Jay did find out that the classmate grew up to be a successful TV producer and thus did just fine in life, but the idea that he and many others in his class engaged in this act of bullying obviously woke something in Jay that he hadn’t thought of in too long. When it’s seen that he goes about speaking to his old classmates he finds that many of them don’t recall the day and those that do have spotty memories, though they all appear to have their own stories of that fateful day. Even their teacher, who made her feelings clear on that day, didn’t recall the day in question, but she had at least a little bit to say when it came to describing what boys and girls are like when it comes to bullying.

Bullying isn’t a pleasant topic, as it is a part of humanity that is considered ugly, disruptive, and something that manages to tear lives apart. This documentary reaffirms that as one would have guessed would happen, and yet it likely forces some to remove themselves from the overall feel of the story. It’s an easy thing to do since this story is not ours, and it’s not something we need to worry about. Yet, there are a lot of people who might feel affected and even seen or accused of this since bullying is something that we come into contact with no matter how much we might avoid it while growing up. Jay’s experience is one that many people have had, though it does hearken back to simpler times when many people spoke less about their feelings and what had happened during such instances, and saw it as normal, kind of like a rite of passage that many people have gone through. There are many, many people in this day and age that do not agree with this, and in some cases, it’s understandable since bullying can have a serious effect on those that have to withstand such treatment. But since it was already revealed that the child that had been bullied grew up to be a successful and confident adult, one can assume that bullying does not affect every person in the same manner.

That’s still not quite good enough for those that speak out against bullying, as many people still seek to teach those around them that bullying is not the answer, that it’s not a needed part of real life that people should be subjected to. That’s easy to agree with, but one main point to take from this short documentary is that while bullying is not a great aspect of life, it is something that will continue since like it or not, the act of bullying is an act of free will, no matter how negative it is. Jay makes his case and his point throughout this documentary in several ways as he seeks to reveal the past from his own perspective as well as others, but one of the most important notes to remember is that bullying is not going away, no matter how much we talk about it or try to prevent it.

Such a statement might be seen as exceedingly negative, but the truth of it is that kids learn how to interact with each other through experience, not just the lesson that they’re given. Jay’s account of what happened decades before in his own life is something that many people have experienced a few times as they’ve grown older. It’s the type of memory that many wish they could forget, but it’s also the type that some hold onto because they don’t want to forget that they too are imperfect beings that makes mistakes from which they can learn.