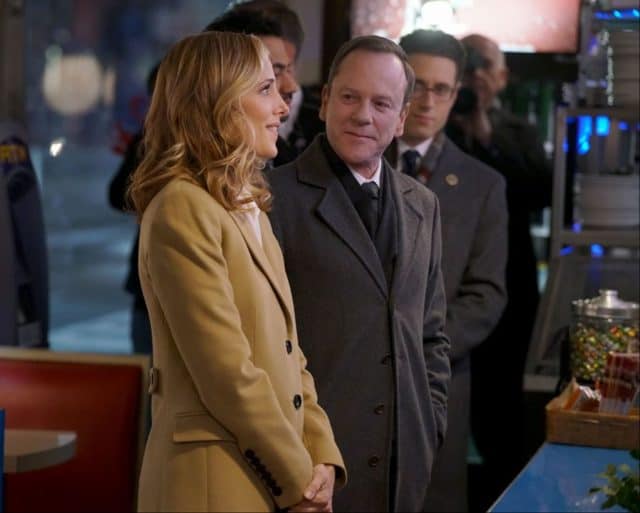 A hero and ally loses their life on this week’s Designated Survivor, and it awakens a long burning fire in the President. Since the beginning of his term, many have thought President Kirkman too soft to be in a high position of power. It’s the reason so many of his internal allies, most recently his ex-Secretary of State and former President Moss, turned against him. But the death of another ally awakens something uncontrollable in the President, and the fallout is one the country might not be prepared to handle.

Dr. Frost makes a quick return to Washington, D.C. to help the President’s search for a dirty bomb. The only reason she is comfortable working with the FBI is because she would rather not die in a nuclear winter. Frost is a great asset to the White House, but you can tell she has been very careful not to mix her business with the government. She seems to not be a fan of the “if you give them a foot in the door” situation, preferring to keep firm lines between business and government, only crossing them in extreme circumstances.  She is able to track the bomb back to D.C., but the question of where it, and its maker, are gets complicated. To that end, Kendra obtains special permission for Dr. Frost to look at classified data in order to find the bomber.

As all of this is going on, Emily wants to go forward with a case against ex-Secretary Moss. Kendra would definitely have a case against Moss, as he did leak classified information. Unfortunately, the way Emily found this out was also illegal. When Kendra tells her this, she crosses another line. She tips off a reporter about the investigation, thereby forcing Kendra’s hand. Moss was concerned that Kirkman was too soft, but he might have to worry more about the Chief of Staff. Tipping off a reporter was the last thing Seth needed, as he was already tying himself up in knots trying to keep the press at bay. Because of her actions, the President has to make a quick public appearance above ground in order to head off any suspicions. Newly appointed Vice President Darby realizes that in that moment, she was the designated survivor. She’s very much like President Kirkman in the sense that she does not want the responsibility of being the president. She simply wants to serve the people, and that’s why Kirkman appointed her. He knew that even if she wasn’t ready, she would do her duty to her country.

The most obvious suspect to bring the bomb onto U.S. soil is East Hun Chu, but even the Chairman’s own son says that doesn’t make sense. With Dr. Frost’s help, the FBI locates a bomb, but the bomb does not have nearly enough radioactivity to be a real threat. Therefore, Dr. Frost and the President take a trip to the local burger joint to stop any suspicions (of a bomb threat at least). But the bomb the FBI found was just a decoy. By the time Hannah tells Forstell this, he has already run straight into the bomb’s path. It’s a shame, because Forstell had finally made amends to the President for going after Alex in an investigation. He didn’t act in malice, he just wanted to do his job to the best of his ability. He lost his life doing just that.

Words can’t express how thoroughly enraged the President is by Forstell’s death, especially when he finds out that the country of Kunami is in fact responsible for the bombing. He orders swift action against the Kunami, without even notifying Congress or the U.S. allies that he is going to do this. It’s a moment that harkens back to the pilot, when then General Cochrane wanted a show of force after the Capitol bombing, and President Kirkman refused. Now he has been in office almost two years, and his attitude has become slightly more inclined to show force. But Kunami vehemently denies any involvement in the attack, and unfortunately, this has been a season of setups.

Did the President just order an attack on an innocent nation?

The death of an ally ignites a fire in the President which puts to rest any doubts about the Designated Survivor‘s willingness to show force.