Home
Movies
Check Out The Honest Trailer for “The Batman” 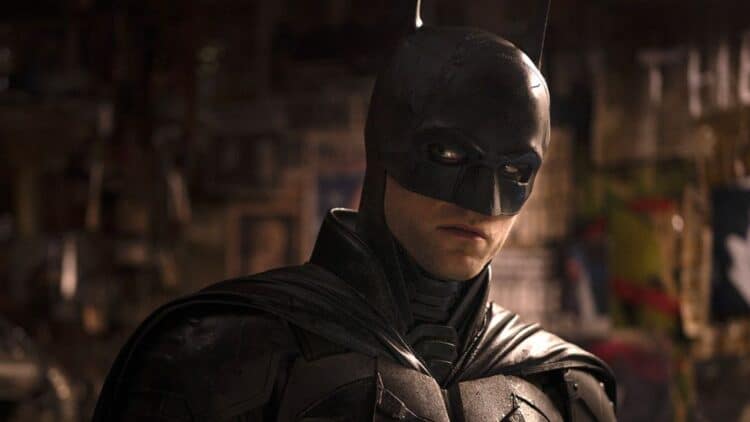 One might wonder why so many people are adamant about stating that The Batman is one of the best movies of its kind ever made, but this is one of those cases when it’s best to say “to each their own”. A lot of folks happen to think that this movie was great and that even with a longer run-time that it was one of the best Batman movies ever thought up. Remember how I said ‘to each their own’? Well, it still applies, since this Batman felt like it was little more than a goth kid that had never outgrown the phase of being allowed to tamper in police matters when the idea of the Batman being a loner while doing the police work that the cops apparently can’t handle has usually been his thing. Admittedly, this version of Batman was meant to convey the fact that he’s not the seasoned vigilante that everyone remembers, but even this type of start appears to be less than supportive of the crimefighter he would eventually become. To be fair, he’s not totally inept, but this version still isn’t quite as skilled.

One has to wonder if this is the earliest version of the Riddler as well since the psychotic look of the character detracts heavily from his efficiency as a villain, especially given that his TikTok presence gives one the feeling that he’s less of an evil genius and more akin to an angsty teen that did his research and defied the cops by showing them that Generation Z does have something to offer society. Seriously, in a technological age when kids are learning how to take a selfie at the same time they’re walking, it feels as though the Riddler could have made things a little more complicated since he didn’t exactly live up to his name. And the fact that Batman couldn’t figure out what a rat with wings was for a while? Yeah, it kind of defies the idea that the run-time was necessary for this movie.

It would be easy to state that this is the type of Batman movie that’s great for those who want to see the detective angle of the hero and less focus on how hard he can hit or how many impressive gadgets has, but that would be stretching things a bit. The fact is that this Batman feels like more than a beginner, he feels like a moody teen that avoids being seen in public as much as he possibly can, which kind of fits to be fair since Batman is still in the initial process of becoming the protector of Gotham. But between the length of this movie and the feeling that the villains might have had to lead Batman by the nose to each clue, it does feel as though this movie was an adult version of a kid’s cartoon, complete with inept villains that couldn’t, or wouldn’t, try to break through the plot armor that surrounded the hero to finally get people to actually look at Batman and make them wonder who he resembled. Plus, the idea of toying with Batman while knowing his identity is something that’s been done to death, just like the origin story, and has become yet another element of the story that’s easy to predict.

Seriously, how do you ruin a vigilante that has unlimited resources and access to gadgets that help to build a legend that wouldn’t be quite as impressive if he didn’t have them? Unmasking Batman doesn’t feel like it would ruin Bruce Wayne entirely, but it would definitely put a dent in his efforts unless he could simply embrace the idea of being the Batman and being a billionaire at the same time, but that doesn’t feel likely to happen. Still, in this story, as it’s been in others, the mere thought that someone, or anyone, could find out who the Batman is with a moderate amount of research and common sense gets glossed over time and again. It’s not hard to see why, people want the fantasy that comes with the story, and more power to them for wanting to focus less on the realism, or lack thereof, than the actual story.

There are times however when this gets pushed in a way that makes it a little too obvious, such as Batman not only walking among the cops as they all give him a collective stink-eye, but Batman throwing hands with the cops as well when he’s already operating outside of the known law and could very easily be locked up. Well, it would be easily within the law, even if wasn’t physically easy to do. But the fact is that this movie is being hailed as one of the best when in truth it feels as though people have left their blinders on and forgotten that there have been better representations of the dark knight.