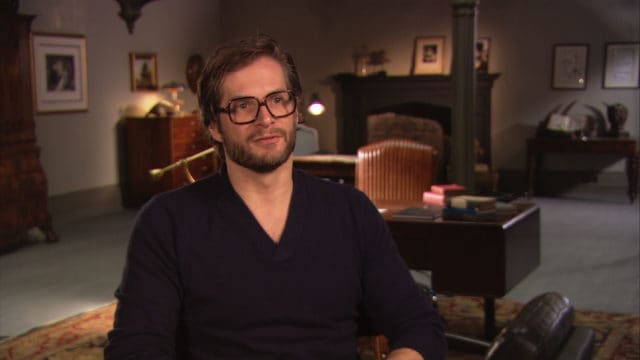 Some time ago, it was announced that Bryan Fuller would be leaving the position of show-runner on American Gods because of creative differences. Now, it has been announced that Fuller will be involved with bringing another beloved book or rather beloved book series to the TV screen, with this latest project being The Vampire Chronicles. It is interesting to note that Christopher Rice, the son of the author Anne Rice, was the one to reveal this information on the Facebook page for the upcoming series while taking the time to tell a rather interesting anecdote as well. In short, Rice related how a teenager in the 1980s once contacted his mother because he wanted to turn her book series into a movie. Instead of ignoring him, his mother give the teenager the contact information of the producer who owned the movie rights, who turned down his offer. Now, it seems that Fuller will be able to fulfill one of his teenage ambitions because that teenager was none other than him. Something that bodes well for the future of The Vampire Chronicles.

What Is The Vampire Chronicles?

For those who are unfamiliar with The Vampire Chronicles, it is one of the seminal works responsible for the current image of the vampire in pop culture. For example, the book series was one of the first to focus on the inner life of vampires, thus kickstarting the transformation of the inhuman monster into something that was still monstrous but nonetheless both more human and more relatable. Furthermore, it is interesting to note that while vampires have been associated with sexuality long before its publication, The Vampire Chronicles did a great deal to cement an association with homosexuality because of its homoeroticism. Something that might have been fueled by a shared status as outsiders, which was stronger then than now. Regardless, the modern vampire is to a significant extent, the product of The Vampire Chronicles mashed together with a number of other seminal works in pop culture.

Content-wise, some people might actually remember a fair amount about The Vampire Chronicles. After all, a couple of movies based on the book series were released in 1994 and 2002. The first was Interview with the Vampire, which featured a vampire named Louis de Pointe du Lac narrating much of his unlife involving the vampire Lestat de Lioncourt as well as others to a modern interviewer. Said movie is notable because Louis was played by Brad Pitt while Lestat was played by Tom Cruise, while other characters were played by other well-known names. As a result, it should come as no surprise to learn that Interview with the Vampire was well-received on the whole, though it met with a more mixed response in some places. Meanwhile, the second movie was Queen of the Damned, which was focused to a much greater extent on Lestat, who has made the rather audacious choice to live out in the open as a rock star of the modern age. Unlike its predecessor, this movie met with a much more negative reception, though it was able to top the box office for some time nonetheless.

Summed up, it has been some time since The Vampire Chronicles was adapted for the screen. Furthermore, the previous adaptations never managed to cover the whole of the source material. As a result, the time is right for a new series, particularly with someone as capable as Bryan Fuller being involved in the process.