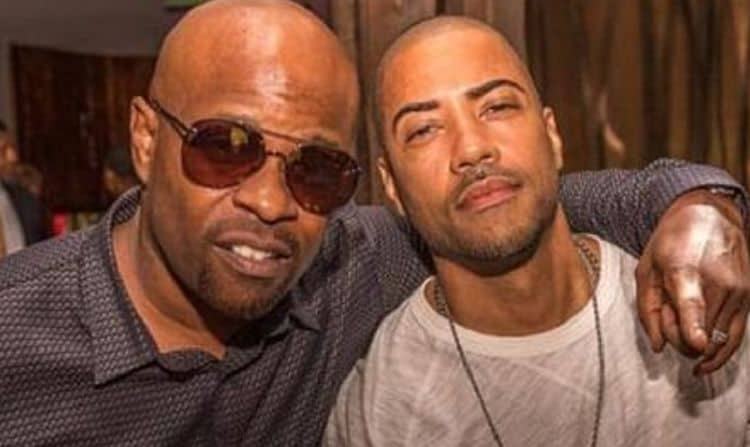 Everyone loves a good love story, and it seems that Brad James is giving us one just in time to round out the 2020 year. He has been making headlines this week for his very sweet love story with “The Cosby Show,” actresses Keshia Knight Pulliam and their brand-new engagement. They are living their own happily ever after, and it’s been delightful to read their sweet news – and we don’t mean just because 2020 has been filled with gross news or because no one ever says anything positive about the show that made her famous anymore. However, it also makes us want to know more about Brad James, so let’s get started.

He was born early enough in the 80s that he got to enjoy growing up in a much easier, much simpler, much better time. His date of birth is July 7, 1981. He got to be a kid in a time when being a kid was easy. We miss those days, and we do miss that we don’t get to raise our own kids in those days.

2. His Childhood Was Not Traditional

When you think of a traditional childhood, you tend to think of two loving parents raising you in a sweet home with a white picket fence, a couple of siblings, perhaps a dog or a cat. You have a driveway on which to ride your bike, a basketball hoop attached to the garage, and maybe your mom bakes you the best cookies ever. No? Well, that’s what I’m reminded of. We don’t know if his childhood looked anything like that, but we do know it did not involve two loving parents. He was raised by his maternal grandparents, so we’d like to think that they gave him everything he needed to have a spectacular childhood.

For his service and his sacrifice to this great nation, we humbly and appreciatively thank Brad James. Your service does not go unnoticed, and we are forever thankful for the men and women like yourself who choose to protect our freedoms. He spent four years serving as a U.S. Marine.

4. He Broke His Ankle

While serving in the Marine Corps, he broke his ankle. So, while you do see him doing his own stunt work in movies, he’s doing it on an ankle that never really healed correctly. The break came in the late 2000s, but he works around what didn’t work out for him.

5. He Trained in Very Cool Things

Aside from the fact that he is a Marine who trained in combat, he also trained in a few other things that are downright cool. He trained in Brazilian jiu-jitsu. He also trained in hand-to-hand combat. These things likely help him when he’s performing his own stunts.

6. He and His Future Wife Hit it Off Fast

When he and his new fiancé met on the set of a movie, they hit it off right away. During their first meeting, they quickly realized that they both had so much in common and that they could talk endlessly without interruption or feeling like there was nothing left to talk about. We would say that’s a good sign.

Brad James might not be as famous as his future wife – but who could be more famous than Rudy Huxtable herself – but he’s not doing poorly by any means. He’s got an estimated net worth of approximately $4 million in 2020.

8. They’re Both Going into a Second Wedding

We don’t know much about his first wife, but we know that his fiancé was married to an NFL star for just a few months back in 2016. During that time, she had a little girl. It appears that James has no children of his own. However, they both know exactly what they do not want in a spouse after their previous marriages, so this works for them quite well.

If there is one thing that is very important to Brad James, it’s his personal health. He likes to eat well, he likes to work out, and he likes results. However, he’s just like the rest of the world. No matter how hard he tries, he’s rarely ever satisfied with the results. Thankfully, that taught him a valuable lesson…

10. You Have to be Happy With Yourself

…being the best version of yourself is important even when that best version is not what you thought it might be. When you learn to have patience with yourself and to appreciate what you have to offer, you really do change the game. It’s a big deal.