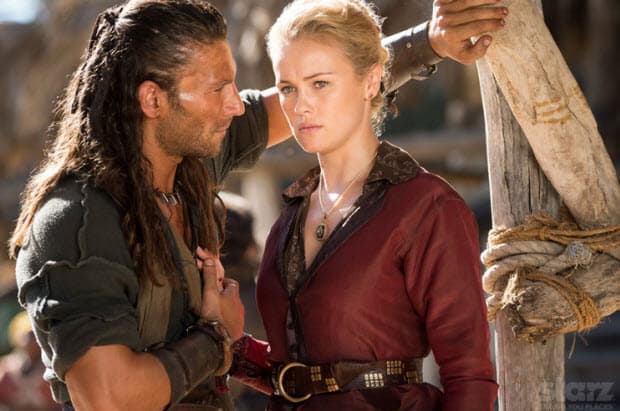 The wheeling and dealing was in full effect during episode three of Starz’ pirate drama Black Sails.

First, let’s address where we mysteriously left off at the end of episode two. That would be Captain Flint’s girlfriend(?) Miranda Barlow who was playing that awkward organ/piano as Flint passed out at her doorstep. It appears as if Miranda is a valuable ally of Flint even if they aren’t romantically linked. Regardless, Flint trusts Miranda dearly and she obviously has his back because she agrees to watch over the recuperating Mr. Guthrie. Perhaps the best part of this situation was when Miranda told Guthrie that if he reads the writings of Marcus Aurelius (yes, the Caesar from Gladiator) she would understand his rise to power was aided by women. Interesting.

Next, the dysfunctional relationship between Eleanor and her father. Clearly, we’re starting to think that Eleanor is a ticking time bomb. It’s an interesting situation as the two are cold, but they need one another in an odd way. To be continued for sure…

John Silver, the ultimate opportunist, is playing his game to stay alive. He reveals information, but leaves out key details in order to earn himself a place on the ship and equal plunder of all the men. He’s holding all the cards for now, and you know he’s a survivor – so his story is going to be awfully interesting to see how it develops. His key detail of when the Urca d’Lima will be most vulnerable is the key to his survival. He also wins some points this episode by revealing traitors to Billy Bones.

Cue – Billy Bones. As we were saying, Bones is on the mutiny trail. He screws up and is helped by Flint (see above). The interesting part of this story is one of the traitors, Morley, reveals info about the aforementioned Miranda and her relationship with Flint. News to Billy, which seems to be his state every episode.

On to the real drama – Gates and Rackham wheel and deal an alliance that may help bring in the Urca d’Lima. Despite Flint’s disapproval the deal turns wildly in his favor when Vane (who was making in roads with Eleanor – literally) loses completely. Vane’s men catch up with Max and rape her. This causes Eleanor to completely flip on Vane losing his ability to make money, thus his crew has no choice but to work for Flint. This puts Vane in the worst possible position. His only allies left are Rackham and Anne Bonney who stay with him because he’s threatened to kill them.

Looks like there will be some serious drama coming in with the tides this season. Black Sails is improving every episode. It still has it’s Starz(ian) flaws, but I’m enjoying the plot. 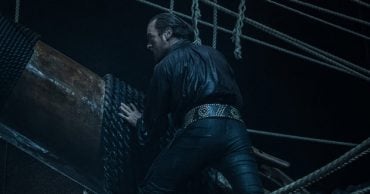 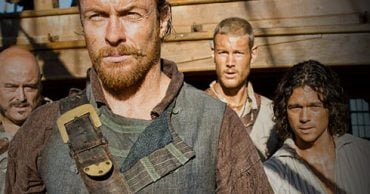 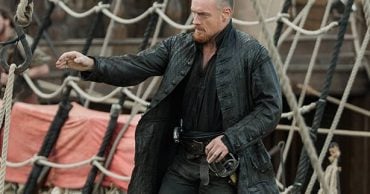 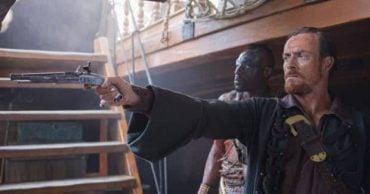 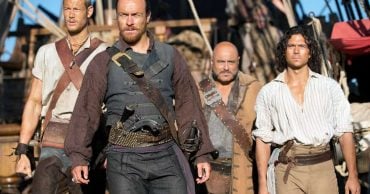 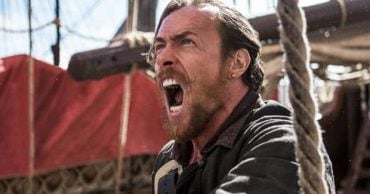