Home
Television
The Best They Ever Looked: Mariska Hargitay on “Seinfeld” 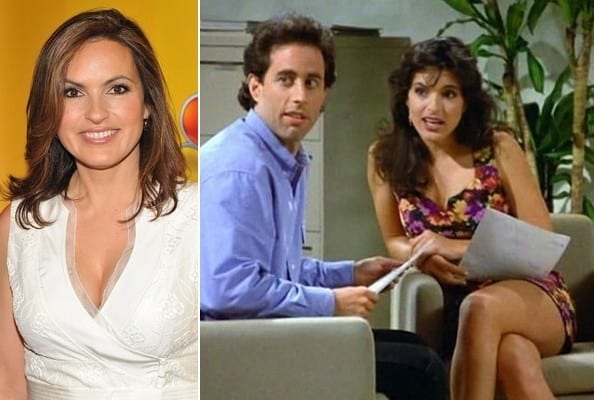 Considering how much of a legend Mariska Hargitay is in the TV worldm it’s extremely hard to look back and realize that the Law and Order SVU star ever appeared on anything but SVU.  But the actress, now 53, has a career dating back to the 80s.  She even appeared on the show Baywatch in 1988 for one episode playing a character by the name of Lisa Peters.  When you look back on the nearly 30 years Hargitay has spent on television and in the movies, it’s hard to pick a time where she looked her absolute best but if I’m gonna make this call it’s in 1993 when she appeared on Seinfeld.

Hargitay played an aspiring actress on the episode entitled “The Pilot.”  She was reading for the part of Elaine and Jerry (as well as everyone else) was infatuated with her gorgeous looks.  Hargitay is yet another star that benefited from an appearance on Seinfeld which when you look back, spawned the successful career of a very large number of actors and actresses.

Is there any other TV or movie appearance where you think that Hargitay looks better than in this clip?  I’m open to suggestions but for now this is my pick: