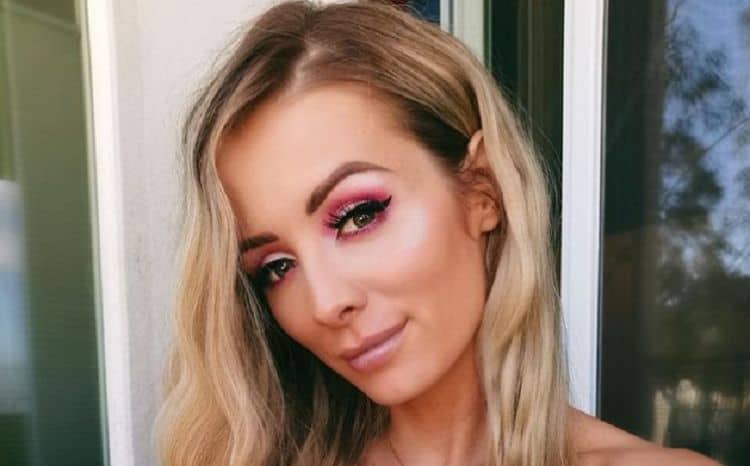 Being a public figure comes with a lot of perks, but one of the downsides is having to go through the uncomfortable moments in life with countless people watching. Annelise Jr. has learned this first hand during her breakup with fellow social media influencer Joe Vulpis. The breakup came as a shock to many of the couple’s fans, but they have insisted that things didn’t end on bad terms and they still have lots of respect for each other. Either way, breaks up are never easy, but Annelise Jr. seems determined not to let anything hold her back from staying positive and creating great content in the process.  Keep reading to learn 10 things you didn’t know about Annelise Jr.

1. She Is A Colorado Native

In a tweet from 2012, Annelise used the hashtag #immigrantproblems which suggests that she is not originally from the United States. However, as far as we know, she was born and raised in Colorado. Annelise is very proud to be from Colorado and she enjoys lots of the things the state has to offer.

2. She Is College Educated

Some people who look at Annelise may assume that she’s just another pretty face. In reality, though, she’s much more than that. She also has plenty of brains to go along with it. She attended Colorado State University where she earned a bachelor’s degree in business administration. She also has an MBA from the school.

Due to her online popularity and engaged audience, Annelise has gotten some very cool opportunities that extend beyond the internet. She has worked with several popular brands to help market their products. Walmart is one of the companies she is currently working with.

4. Leonardo DiCaprio Once Asked Her To Dance

Most people would jump at the chance to dance with Leonardo DiCaprio, but Annelise Jr. clearly isn’t most people. In a video on her YouTube channel, Annelise revealed that Leonardo DiCaprio once introduced himself to her at a function and asked her to dance. Surprisingly, however, she turned the award-winning actor down.

Just because Annelise makes her money by spending lots of time on the internet doesn’t mean that she doesn’t like to get out and enjoy life. Traveling is one of her favorite things to do and she has gotten to do lots of it. She has been to more than two dozen countries and she will likely be adding more to the list in the future.

6. She Enjoys Interacting With Her Fans

Annelise is thankful for all of the people who have shown her love and support over the years, and she knows she wouldn’t be where she is without them. Annelise does her best to take the time to respond to her followers’ questions and comments on social media, and people really seem to appreciate that about her.

Annelise may look like the dainty type of person who is afraid to break a sweat, but as we all know – looks can be very deceiving. She likes to stay active and tennis has always been a way for her to do that. She is a very talented tennis player and plays competitively for several years when she was younger.

Even though Annelise is very active on social media, that doesn’t mean that she likes to go into lots of detail about her personal life. While she and Joe were fairly open about their relationship, she has kept many other things about her private life off of social media. This desire to maintain privacy seems to be getting more common among influencers.

9. She Is Popular On All Social Media Platforms

In lots of cases when people are social media celebrities, there’s only one platform where they are well known. However, that isn’t the case for Annelise. She has large followers on all of the main social media platforms: Twitter, Facebook, and Instagram. She also has a big fan base on YouTube.

10. She Has A Chronic Illness

It might be easy for people to look at Annelise’s success and assume that everything is always great in her life, but that isn’t the case. In 2020, she revealed that she suffers from a chronic illness. In one of her tweets, she said, “My illness has no cure, I see a physical therapist two times a week where I get professionally wrapped to help manage it & I look like a giant mummy on my leg. Anyways, I’ve been going since Dec/Nov & it hasn’t helped..”