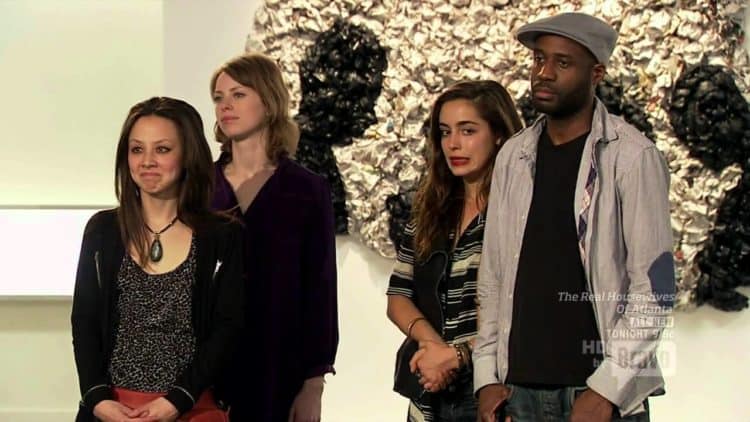 Every episode of every cooking competition is the same thing. We meet a group of chefs running the gamut between insufferable and narcissistic who aren’t there to showcase their talent. They are there to win. After a sob story, an ill-advised attempt at making ice cream, and forgetting a basket ingredient, most of these chefs get sent home, tell the camera that we haven’t seen the last of them, then go away forever. It’s one of my favorite formats. We get the Quixotic nature of many career creatives combined with the thrill of other reality shows. However, we do not learn about cooking, food, or the knowledge and artistry behind it.

This is nothing new. Dating, singing, glass-blowing, pottery, and just about every other hobby, career, or interest we can think of has gotten a competition series that’s right in line with the competition. However, where American audiences haven’t gotten a fair shake is in the realm of creativity. Some have tried, but they typically pale compared to what our friends have overseas because they do not let the art shine. Anyone who has watched The Great British Baking Show can immediately spot the difference between it and its American counterparts. While American competitions are about winning, prize money, and incredible personalities, Baking Show is about the delightful people baking cakes and engaging politely with the cast of characters beside them. Yes, there’s occasional drama, but it’s not presented through the lens of life and death that American counterparts do. People make mistakes without value judgments, and trash talk is kept to a minimum.

This trend might explain why similar shows about other creative endeavors have not found much success in America. Americans are great at turning everything into a competition and making the art of winning more important than the journey that gets us there. Chopped may be about cooking, but you’d be hard-pressed to find someone whose personal tragedies or financial ruin isn’t exploited so they can appeal to the audience. More time is spent with these inspiring, heartbreaking stories than the craft itself. It’s a formula that works with viewers. Bravo, a network that could milk melodrama out of a staring competition, tried to expand its Top Chef formula into the fine art world with Work of Art.

Rather than showcasing the artists’ work, processes, and passions for the medium, Work of Art did everything in its power to manufacture drama, buzz, and dissent. From contestants masturbating onto their work to please judges during horror week to larger-than-life personalities who see themselves as the art, it was an entertaining show that teaches viewers nothing about art, just like Top Chef does with food. Work of Art was on for two years, from 2010 to 2011. It boasted moderate success but eventually fell to the wayside as more Housewives and Top Chef spin-offs took over the network brand. Judges do not sit in appreciation of their art, instead opting to insult not only their creative choices but the artists themselves.

Work of Art is not about the beauty of the medium but the ugliness that comes with the non-constructive way people think they have to critique and consume it. While other shows, like Exposure, Hulu’s phone-centric photography competition, try to add some constructive feedback to a tried-and-true formula, Artist of the Year perfected it. Portrait Artist of the Year and Landscape Artist of the Year. Both Portrait and Landscape are less about who fails and spirals and more about the beauty of their work. It neither forces contestants out of their comfort zone nor does it manufacture drama. Artist of the Year is a celebration of art’s diversity of art, and how many of us can see one image in so many different ways. Episodes feature dozens of competitors who act less like enemies of war and more like people with a profound appreciation for the craft who have something to prove. With hobbyists and professionals alike, nobody talks down to others based on merit. Instead,

Artist of the Year rewards people for thinking outside of the box, as long as it fits their pre-established formula. The show is easy-watching. Painters mostly keep to themselves while the episode focuses on a half-dozen or so throughout with brief appearances from wildcard artists. It’s a simple concept that lets the art and artists shine. We might get insights into their past tragedy, but it’s less about manufactured melodrama and more about the impact that this had on art. One artist may be working with the finest paints on canvases that they built themselves, while others may be working on a shoe-string budget using methods that are even new to the scholars, collectors, and artists on the panel.

The critiques can still border on rude, and some of the artists are too genuinely quirky not to gravitate toward. However, at its core, the show is about the beauty of art, subjectivity, and the way that dozens of people can look at the same places and faces and interpret it with whatever means and medium they feel comfortable with. The series airs on Sky in England, although several seasons are floating around the internet, to those who do not have the luxury of living in the quaint landscapes on screen.

Artist of the Year is what competition shows should be. Consumers should laud people for displaying their talent to the world. While American Idol has done away with the judgmental eye of early seasons, the patent mockery of the earlier seasons lingers on in shows across every creative medium. Artist of the Year doesn’t just set a template that other art shows. It set a template that any show can capture. Yes, we can add celebrities and idyllic countrysides to help sell the series, but it’s all about the artists and their unique visions.

Several seasons of Portrait Artist are available to stream on Amazon Prime, while others are floating around throughout the internet. For those who want Top Chef or Chopped with paint, Work of Art may spur their interest. However, for those who want a show that enlightens as it entertains, the Artist of the Year universe will scratch the itch of art enthusiasts and casual observers alike.