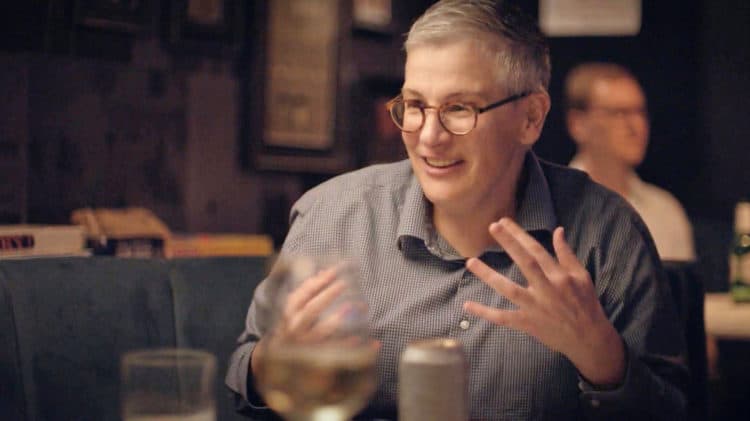 Second City alum Abby McEnany is known by improve fans for the entertaining work she has done on stage and screen all over . With a huge fan base and even bigger creative streak that cries out for expression, McEnany has recently found what she believes is one of the most productive ways to get her personal truth across as a case in point. The new Showtime Original Series ‘Work In Progress’, which debuted on December 8 is proving itself to be the exact method she, and many others, have been looking for.

But it’s only due to the times we live in that she and the cast and crew of the new show have been able to take a path with such directness and honesty. Now, instead of sidestepping or hiding their truths, they are able to freely express them, showing their examples to anyone who is looking for an example to live by. With that fact in their corner, Abby and those who are working with her on the show have given the project all they’ve got, and it seems that the dedications has given them all a second lease on both their careers and their lives.

But who is Abby McEnany? If you have done the comedy or improv circuits in Chicago, or anywhere in the US, you probably have not only heard her name, but have gotten to enjoy some work she has been a part of somewhere. But if you are a child of the modern times, there is a very good chance that you have heard her name very few times prior to reading this, if you have heard it at all. But we mean to change all of that, right here and right now.

Below are some facts about Abby that remain mostly unknown to the public. Even fans will be surprised by some of the tidbits they read here about her life and her work, though we’re sure there are a handful out there who could have helped us come up with facts that are a bit juicier than these. Regardless, if you plan on tuning into ‘Work In Progress’ at any time during this initial season, you may find you will enjoy it more if you have more knowledge about one of the primary creative forces behind it. So, take this opportunity to get to know Abby McEnany on a more personal level, and you will find that the program on the small screen has become a much more tangible piece of entertainment for everyone watching, including you.  Here are 10 things you didn’t know about Abby McEnany:

1. An Educated Change of Mind

Abby ended up in Chicago, where she received college training, strictly as a move made with her education in mind. She completed her initial college studies and made a decision to study improvisation right after graduation. So, she began formal improve training at Second City Chicago, then continued with it at The Annoyance Theater and the Improv Olympic. It isn’t clear what she studied at college prior to beginning her path in improve, but whatever it was, she was sure she didn’t want to do it.

Abby has worked with a number of improvisation professionals, which proved to be wonderful ‘on-the-job’ experience for her. Some groups she has been affiliated with and performed with include the Vegas Magic Act and Laffeteria Ladies, both teams from the Improv Olympic, and Aha, a sketch-comedy group (http://www.sirensimprov.com/abby-mcenany.html). Currently she is a member of the Playground affiliated group, Judo Intellectual, as well as Sirens.

3. More About What She Does With ‘Sirens’

In a nutshell, Sirens is the longest running all-female improv group in the United States. There are seven members, and McEnany is one of them. They have all done improve together for more than two decades, and they continue to remain active, traveling, putting on shows, and even holding workshops for those who are interested in either learning improve or honing their improvisational skills. Over the years the cast members have changed, but the current groups’ lineup includes McEnany, Katie Watson, Joanna Buese, Jacqueline Stone, Lindsey Harrington, Erin McEvoy Mason, and Lori McClain.

4. Other Acts and Recognition

Not only is she active with Sirens, McEnany also performs with The Improv All-Stars at Second City and Virgin Daiquiri. She also puts on an incredible solo show. Her work has received plenty of recognition, including being voted iO Chicago’s Improviser of the Year.

Not only does McEnany star in ‘Work In Progress’, she also produces it. The series chronicles the adventures, and misadventures, of her character, which she personally describes as ‘a fat, queer dike’, according to the Chicago Sun-Times. Lily Wachowski of ‘The Matrix’ fame is a co-writer for the show. Julia Sweeney (‘Pat’ from Saturday Night Live) also stars.

The ‘dike’ McEnany speaks of is her character, a 40-something woman who goes through a heartbreak of sorts and , which ends up becoming not only a turning point in her life, but the catalyst for a brand-new relationship. McEnany is said to not only be funny, but motivates enough emotion with her performance to even bring tears to the eyes at times. The pilot for the show was first released at the Sundance Film Festival, after which Showtime decided to take it on. Tim Mason directed the pilot, and he also produces and writes for the series as well.

7. Is She Married, or Does She Have a Partner?

Abby is extremely protective of her private life. She claims Tim Mason is her partner, but only in the creative sense, and he has been for more than 20-years. As for real life? She may just be extremely busy with her career, or her private side is as secure as Fort Knox, but there is no mention of a spouse or partner of any kind at the current time. We are also assuming that she has no children.

As you can see, Abby McEnany has plenty of experience in her field, and it explains why she is so good at what she does. According to Networthpost, her many ventures have paid off. They say that her estimated net worth for 2019 is around $12 million. It may sound like a high estimate to us, but with so many irons in the fire for the actress, how can we be surprised?

Unfortunately, McEnany just isn’t very active on social media, though she does get hashtagged often by iO Chicago and many others. An account for the actress, writer, and director does not exist, as is the case with other social media sites. It seems she would rather market her craft in the most effective, old-fashioned way: Before a living audience, using her real self.

By all accounts, it looks as if Abby McEnany’s new show is destined to be a hit, with incredible review and a future outlook that is second to none. After taking a look at her filmography and the stuff she does live with her improv groups, I can’t see those sunny days on her horizon disappearing anytime soon. We’re happy for her, and we wish only the best with her new series. Make sure to check out ‘Work In Progress’ on Showtime to see what all the noise is about. Until then, keep reading, keep watching, and start following the stars. 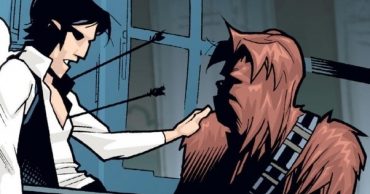 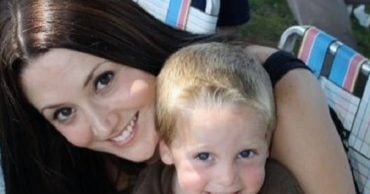 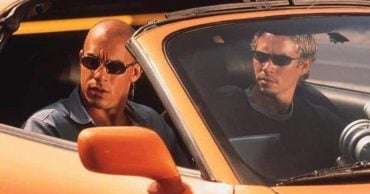 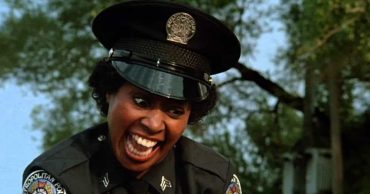