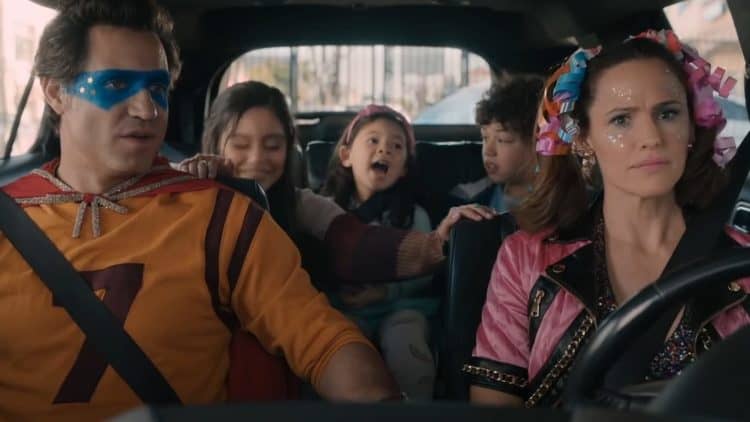 There is a pretty good reason, sometimes, for adults to tell kids ‘no’. For instance, if they’re about to do something that might cause serious bodily harm, or scar them emotionally, or cause damages that might incur a cost that the kid knows nothing about, then there are times when the word ‘no’ comes in handy. But when the word is used all the time then it’s way too easy to become a dictator in one’s own household as Jennifer Garner is seen to become in the first Yes Day, and a hands-off parent as Edgar Ramirez became. This type of parenting doesn’t benefit anyone as it’s been seen as saying ‘no’ all the time can be detrimental to the parent/child bond that many parents try to form over a period of years. But creating a ‘yes’ day, when parents say yes to everything, within reason, is likely something that many kids would go for without question. The downside is that some kids might actually go a little overboard with it, as is seen in the first movie.

But that kind of prompts the question of why there’s going to be a sequel since maybe things weren’t fixed at the Torres household and another yes day is needed. It would be a little more realistic to think that the family might need another go at the yes day in order to get the hang of it, though it’s hard to think that such a thing might be desired after the first outing and the fact that they threw balloons filled with Kool-aid at the man that suggested the yes day. But hey, stranger things have happened in the movies and it’s likely that another go will provide a different look at the family this time around and make it possible to see them from yet another angle. It’s already been entertaining for a lot of fans since the idea of a yes day probably left some parents cringing and others thinking that they could do such a thing in their sleep.

As of now, there’s no set date for the second movie to come out, but it likely has the wheels spinning in the minds of many parents and kids since the whole idea behind having a yes day is that it turns out to be a benefit for the kids while the adults have to remember how to have a little fun and just cut loose. But as the first movie already showed there are definite consequences to saying yes all the time, especially when it comes to realizing that one’s parents are actually in the right for saying no when they do. People might tend to think that parents grow up and become too strict, too uptight, and way too over-protective, but the funny thing about this is that it’s a fairly natural evolution from childhood to adulthood as we come to realize that everything we thought about being an adult when one is younger is turned on its head the moment that we reach a certain age and discover that being an adult isn’t all it’s cracked up to be.

From the constant rules and expectations that come from being an adult to the protective and sometimes overbearing nature that comes with being a parent that’s trying to keep their kids safe, being an adult is tough since there’s so much to it. A yes day to a child might mean getting to do what they want and living an unfettered existence for once, but for a parent, it’s a day that might be far riskier than any other since it means having fun with and catering to a kid’s need to be free and wild, but it also comes with the need to worry if the kids are going to go overboard with the idea, which they do in the movie since like it or not, the life experience that’s needed to make rational and safe choices doesn’t always exist in kids. This can happen if there’s not enough trust on the part of the parent, especially if the parent is too strict and doesn’t let their kids experience the world a little more on their own every now and then.

A second movie feels a little redundant, to be honest, but it also feels like it will be another shot at a yes day that might be a little more reasonable until something inevitably happens that sends the day flying off the rails as one thing happens, then another, and then another. It’s fair to think that the Torres family will pull together again as they did in the first movie, and hopefully another less will be learned when it comes to trusting each other and to realize that saying yes isn’t such a bad thing, so long as it’s kept under some type of control.