Home
Entertainment
News
A Pennywise Origin Story? No Thanks 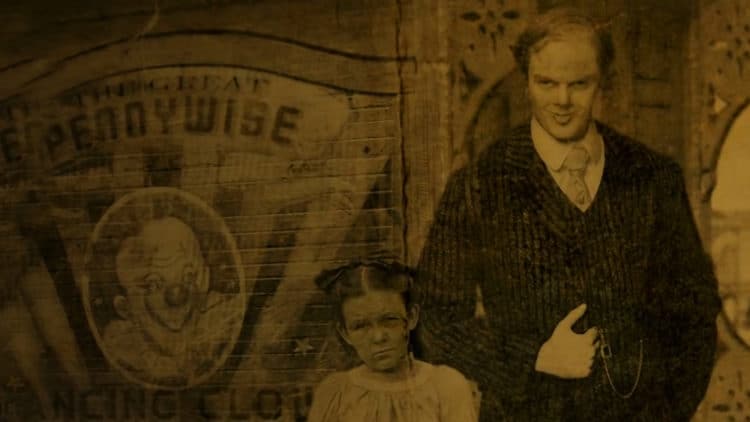 Discovering the origin story of one character or another is usually a very popular idea among those that are avid fans of movies and TV since many upon many people want to know where their favorite characters came from and how they came to be. But sometimes it feels as though the origin story should be left alone, as the mystery of where a being comes from or why they are the way they are could end up ruining the last bit of mystique that they possess. In the case of Pennywise, it feels as though there is a way to examine its time in Derry before the Losers Club ran afoul of the creature. There is a great deal of history between when the extra-dimensional creature rode a meteorite into the human realm and when it became a part of Stephen King’s story, and examining the origin of how it took on the face of Pennywise is, hopefully, what the prequel series will be about. Explaining its origins any further might get a little dodgy simply due to the idea that explaining away the previously unexplainable fees like it would be an attempt to lose every inch of the mystery. Sometimes a good story needs that last little bit of the unknown.

Stephen King, one of the great masters of horror, did reveal that he thought about what scared the hell out of children when he was writing the story of It, and the fact is that there are a lot of people who are scared of clowns. There are reasons for this of course, but it’s not a fear that’s shared by everyone. Some folks still like clowns, but in the last several decades it’s been established that clowns can be just as terrifying as anything. One of the main reasons for this is good old human paranoia, as there’s no telling who could be hiding behind that greasepaint, nor does anyone know the true motivations behind the smiles that clowns use so readily to amuse people.

For a creature that feeds on the fear of those around it, this type of mask would be perfect since as mentioned, not everyone fears clowns, and it would be free to move about unimpeded. Of course, it would be great to see how the creature sought to survive before it finally found one of the faces that it used to such great effect. There’s also the effect that the creature had on the town since if anyone recalls, Derry appeared to be in thrall to this thing for quite a while. The effect wasn’t so great that people lost their minds on a wide scale or became mindless zombies, but the creature’s influence was definitely strong enough that it allowed atrocities to happen, large and small, that were somehow allowed to happen or pass into history. Some might easily attribute this to people simply wanting to mind their own business and get on with life, but in the original miniseries, it was seen that people would actually turn away from events that they might have otherwise spoken up about, such as Beverly being harassed by Henry Bowers and his gang. The most recent movie even paid homage to this when Henry and his friends managed to get hold of Ben.

In other words, the town was kept under lock and key by the creature’s influence for quite some time, and while they were allowed to have their own form of mental independence, the people of Derry still always felt a moment away from being subtly influenced when it came to turning away at just the right moment. They didn’t bother themselves with the troubles of their neighbors, they didn’t worry when a pack of young thugs bothered other kids, and they certainly didn’t appear to worry too much about missing kids over the years. Everything went into the history books, as though it was normal for Derry to be one of the worst places in the world. The fact that the creature was able to exert this much influence, to affect memory, and even behavior, is amazing since the scope of its power is seen to be so intense that it’s easy for the reader to think that it might have possibly been one of the most powerful creatures in this given universe. And yet, for all that power, it remained in Derry and didn’t expand.

In a way, the creature that became Pennywise kind of feels like an extra-dimensional virus that could have exploded into the population at any time, but somehow grew content with the one town that it had come to dominate. An origin story feels like it could be okay if it were limited to the creature’s initial rise as Pennywise, but anything beyond that feels like a hard no. Sometimes it’s best to leave the mystery that’s been built around a story.