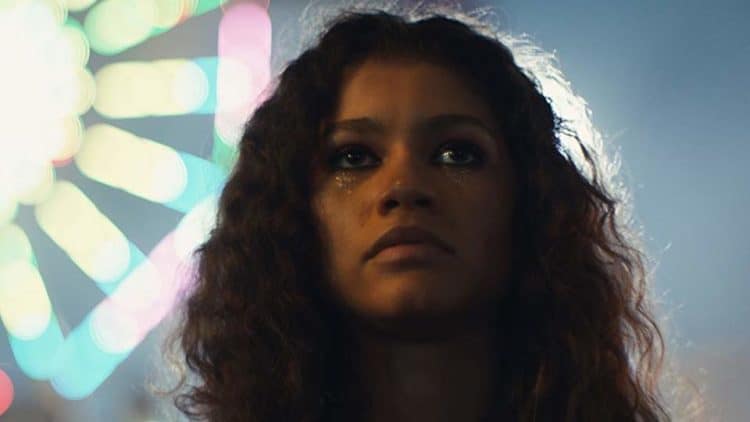 Euphoria is a tale of a troubled girl told through the lens of Rue Bennett (Zendaya), a 15-year old girl with anxiety and a drug habit. Rue’s character is quite likable, and while most people sympathize with her, there are instances we would like to reach through the screen and give her a good shake. Nevertheless, Rue’s character is made up of so many different layers that you probably won’t catch if you are not looking deeply into each episode. Check out our list of the top unknown facts about Rue Bennett.

Fezco is Rue’s drug dealer, but he’s also her close friend. We don’t find out until several episodes in the first season that he’s the one who sold her drugs for the first time, which led her down the dark path of drug addiction. When Rue becomes angry because Fezco refuses to sell her any more drugs, she throws a tantrum and accuses him of turning her into what she is. It all makes sense now because Fezo and Rue don’t have your typical dealer and user relationship. It’s clear that Fezo cares about Rue a lot and genuinely wants the best for her, which is why he has decided to stop contributing to her drug use. Rue eventually apologizes to Fezo and thanks to him for refusing to sell to her.

2.  Rue is not really a lesbian

Rue’s romantic relationship with Jules is confusing because we never see any signs that Rue is gay or until women.  Rue’s sexual preference isn’t based on gender. Her relationship with Jules is about she makes her feel. Jules has woken a desire in her to want to be better. Rue’s and Jules’s relationship is rooted in codependency which explains why Rue goes into a deep depression and resorts back to her bad habits when Jules falls back to deal with her own problems.

The show briefly touches on Rue being her father’s caretaker as cancer ravaged his body. No doubt, watching her father die took a big toll on Rue’s emotional and mental well-being. In fact, her father’s painkillers were her introduction to pills.

4. Rue doesn’t care what she takes as long as she experiences the euphoria

Rue doesn’t have a specific drug of choice. She’s willing to take anything just to experience a few minutes of euphoria. During the show, we see her experiment with all kinds of substances, including psychedelics.

5. Rue has Bipolar and OCD

When Rue expresses to her sponsor and those at her AAA meeting that she has racing thoughts and does drugs to calm those thoughts, the therapist believes that she suffers from Bipolar and Obsessive-Compulsive Disorder. This revelation is shocking to Rue because, despite her struggles, she feels as if she’s had a fairly good upbringing. She wasn’t physically abused or neglected. I like how the show emphasizes that mental health doesn’t just affect people who have experienced traumatic events. Mental health doesn’t discriminate. Rue starts to think that her only fate is death because she’s heard of people with Bipolar disorder committing suicide. This is simply one of her misconceptions about Bipolar, and we can’t wait to see how Rue learns more about her mental health condition.

From the first episode, it’s clear that Rue doesn’t have much respect for her mom on her rules.  Rue seems to do whatever she wants and when she wants. When Rue was on drugs bad, she pulled a shard of glass out and held it to her mom’s face. Despite Rue’s behavior, her mother never gives up on her, but as the show goes on, she does start putting her foot down more with her daughter.

Rue and Lexi were friends since they were little kids, but the two grew apart as Rue changed. Rue does feel abandoned by Lexi, but she fails to realize that Lexi is always there when she needs her to be. Lexi covers for Rue often by giving her piss so that she can test clean for the drug tests her mom gives her. Lexi tries her best to be a good friend to Rue, but they have both chosen different paths. Hopefully, in Season 2, we get to see them rekindle their relationship.

8. Rue is a burden to Jules

Rue has so many issues and Jule is a replacement for drugs. Although Jule never comes right out and says it, Rue is a burden. She feels as if she has to take care of her and she knows that their relationship is the only thing keeping Rue sober. After a while. the pressure is too much and Jules flees to New York for a week to get her head on straight.