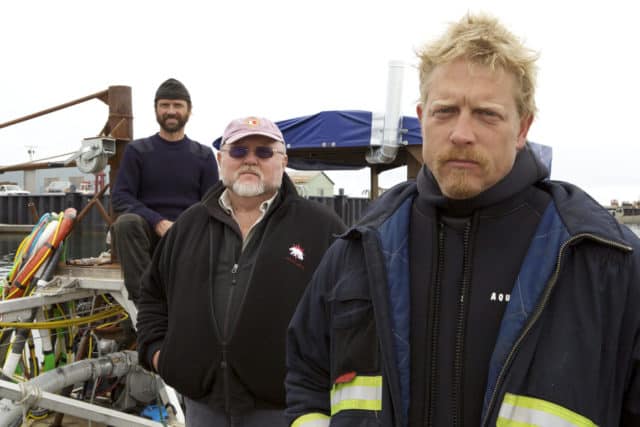 The state of Alaska is far from the rest of the United States in more than one sense of the word. As a result, it offers plenty of premises for reality TV shows centered around unfamiliar livelihoods. One example is Bering Sea Gold, which stars people who head out onto the stated sea for the purpose of dredging for said precious metal.

Here are 5 things that you may or may not have known about Bering Sea Gold:

Most Boats Use Dredging

Most of the boats seen on the reality TV show use a system consisting of a dredge as well as a means of sifting the gold particles from the rest of what is dredged. For those who are curious, searching for gold is but one of the uses for a dredge, with other examples ranging from beach nourishment to the collection of construction materials and the removal of contaminants found in the waters. In particular, it is interesting to note that dredges see common use in fishing for both crabs and some species of shellfish that are found at the bottom of the sea.

The TV Show Has Inspired a Mini-Gold Rush

People have been known to emulate what they see on the TV screen, with Bering Sea Gold being no exception to this rule. As a result, the setting of Nome has seen a massive increase in the number of people who are interested in dredging for gold out on Norton Bay. For example, 2015 saw more than a 100 such boats, which is a significant increase compared to the numbers prior to the reality TV show’s premiere.

It is interesting to note that dredging for gold seems to be safer than fishing for crab. In part, this is because such boats tend to remain closer to the coastline instead of heading out onto the open sea. However, it should be noted that high waters make it impossible for them to run their revenue-earning operations, meaning that they have strong incentive to avoid such conditions instead of staying there like their crab-fishing counterparts.

Speaking of which, gold dredgers tend to stick close to the coastline because that is where the gold tend to be found. This is because geological processes resulted in gold being deposited inland, which have since been carried out to the sea through the rivers and streams. However, instead of scattering through the Bering Sea, the gold particles tend to be concentrated in particular places through wave action and other natural processes. As a result, gold dredgers don’t have to head far from the coast because that is not where the gold can be found.

The Filming Can Be Stressful

Unsurprisingly, dredging for gold can be a stressful job. However, it is interesting to note that some of the participants on Bering Sea Gold have commented about the stress that comes from being filmed almost all of the time by a number of permanent cameras installed on their boats as well as the people who follow them around. With that said, they have also stated that it is something that they get desensitized, perhaps because there is not much point to being concerned about having something seen on the TV screen once it has already been shown.