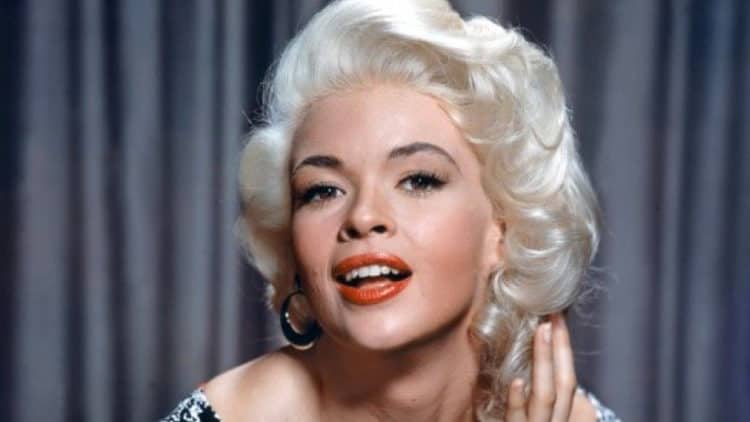 It’s not too hard to see why but Jayne Mansfield and Marilyn Monroe did manage to get confused for one another now and again thanks to their looks and their fame since they were similar from a distance. But upon looking closely it was easy to tell them apart despite the fact that both women were quite beautiful and both of them knew how to attract a crowd. Jayne however was still a rather tragic case that started out great when she hit her stride and was increasingly popular in the 50s. By the 60s however her career was starting down a decline that she couldn’t stop and in 1967 things came to an absolute halt with her accidental death. Her daughter, Mariska, was in the car at the same time her mother was killed, but being only 3 years old doesn’t remember what happened. A career cut this short is usually a tragedy, and it was no different here.

Here are a few things about Jayne you might not have known.

10. She turned down the role of Ginger on Gilligan’s Island.

When you really stand back and consider how iconic this role was you get the feeling that Jayne might have missed out on something that could have kept her career going well past the 60s and possibly given it a bit of meaning once again. But then again she made her own choices as an adult and perhaps felt that this was either beneath her or just wasn’t the right role to take on at the time.

9. Jayne was fluent in five languages.

Blondes tend to get a bad reputation thanks to those among them that are in fact vapid bubbleheads, but Jayne was anything but. Being able to speak two languages is impressive enough, but being able to keep five languages in her repertoire and use them when it was necessary and not confuse them with one another is something else.

8. At one time she was arrested for indecent exposure during an act.

Given that this was decades ago and the fact that laws have changed in accordance with the times, in some ways, it’s hard to say what indecent exposure could have been back then. After all if you go to a nude club you wouldn’t expect anyone to get arrested for anything as mundane as taking off their clothing, unless they weren’t a dance of course.

7. Jayne was said to have an exceptionally high IQ though she wasn’t all that successful in school.

It’s strange how someone that isn’t all that great in school can have an IQ that outstrips most of those around them. Of course this is entirely possible since some of the smartest people in the world have bombed out of one class or another but still understand things about this world that elude others. IQ is kind of a hard way to gauge intelligence since the real world applications are best seen through experience rather than statistical data.

6. In a morbid twist the car in which she died hasn’t been altered since the accident.

Some people would call it respect, others would just shake their head and call it morbid to think that the car she died in hasn’t been cleaned, repaired, or barely touched in all this time. Even worse is the fact that it’s deemed a collector’s item. It’s almost like admiring the handiwork of death in a way. Yeah, creepy.

5. It was widely known that Jayne had a serious drinking problem.

Being famous doesn’t mean you don’t have problems in your life. Jayne went through several marriages and had several children and many issues that were never fully hammered out during her life. Of all the things that drive people to drink she might have had a few symptoms.

4. She was the first American actress to appear nude in a mainstream film.

At one time appearing nude in a mainstream film was unthinkable since to many people it was considered lewd and intolerable. In some ways it still is in today’s society unless the movie and the scene calls for it, but there are still those that don’t agree that it’s ever needed.

3. By the time her acting career was on the skids her nightclub earnings were keeping her comfortable.

Despite her declining movie career she was still able to make thousands for her nightclub appearances. Back in those days making a few thousand a week was enough to keep a person in luxury for a good long while.

2. She’s the mother of Mariska Hargitay.

Yes, that Mariska Hargitay, the same one that’s been on Law & Order: SVU for so long and has become a beloved actress throughout her career.

1. Jayne was always searching for something better.

Jayne was a woman that knew her value to people and built upon that as much as she could, and yet she was always looking to better her situation and find the next big thing in her life to accomplish.

She was a legend in her time, and unfortunately some legends burn out too fast.