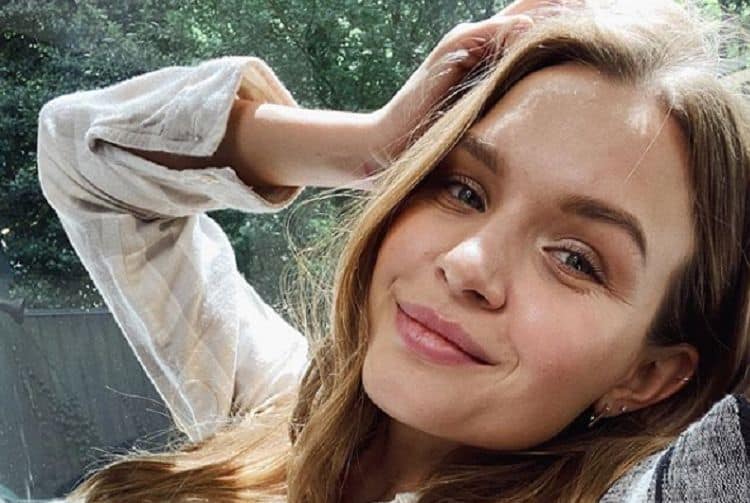 Josephine Skriver was just given a pretty good bump on her resume in the modeling industry as she was named the newest rookie for the Sports Illustrated Swimsuit edition. She’s not exactly a stranger to the modeling world given the sheer fact that she is a Victoria’s Secret model, which is something many women want to achieve in their career, but only a small handful actually do. This blonde beauty has not stopped since to took the world by storm with her insane modeling abilities, and it looks like she has no intention of stopping now. Here’s all you need to know about this ‘rookie’ model.

It’s not uncommon for models to come from countries like Denmark. Whatever they are doing over there to produce these exceptionally beautiful men and women is probably something we should all consider trying. She’s youthful and gorgeous, and we want to know what they are going to take care of themselves and look so good at the same time.

2. Her Parents are Intelligent

If you think that she’s a dumb blonde or an airhead model, you’d be wrong. For one, she’s got great genes, and she doesn’t fit at all into that horrible stereotype people love to put models into. She’s got a mother who works as an IT analyst, and her father is a marine biologist. She was given the opportunity to take bigger, better, more lucrative modeling jobs herself when she was younger, but she chose to stay home and finish school before she took that job. She’s smart, and we like that about her.

3. She Does not Come From a Traditional Family

If there is one thing that you should know about this Danish beauty, it’s that she comes from a very untraditional household. She and her younger brother have a mother and a father who get along very well and love their kids very much, but they are not and were never in love with one another. In fact, their mother has always been a lesbian and their father has always been gay, and they had their kids together via IVF. However, they were raised with serious love and with a lot of happy times.

4. She Was Discovered in NYC

She was only 15 when she was in New York with her soccer team. She was discovered by a modeling agency, and she immediately signed up and began working in her hometown. She had many offers to come work in other countries for bigger names and bigger designers, but she ultimately chose not to do that in favor of finishing school and obtaining her education.

5. She Had a Big Opening Season

When she finally finished school and began to seriously pursue her dreams of becoming a model, she was given a chance to work in the Fall/Winter 2011 fashion week shows. She had a big year, too. She opened the show for Alberta Ferretti and she actually spent that year closing for Prada. Many models never get the chance to work for names like that, and she crushed it the first year she was part of the game.

She has been in a serious relationship with an American rock star by the name of Alexander DeLeon since 2013. That was only two years after she began her job as a model, and she met him through some work events. They’ve been together a long time, and they actually got engaged in late 2018. They live in Nashville, where they spend a lot of time traveling for work but keep their main home.

She’s not just a fan because she has to be as they are one of her biggest employers, but because she loves them. She’s been part of their program for years now, and she’s been working hard at keeping that up. She loves them because they made her a famous, household name in so many countries, and she knows that she owes her substantial fame and all the good things that have come from that on her career with them. She’s walked in all of their shows since 2013, and she loves it. She wouldn’t trade it for the world.

8. She Uses Her Fame for Good

She always told herself that if she was able to become a famous model, she would use that fame for good. She would use it for good and she would use it for all the things she could do and reach. She works hard to use her name to promote awareness as an activist for the LGBTQ community since her parents are both. She has been killing that, too, working alongside people like Lady Gaga and other famous celebrities.

If you take a look at her Twitter feed, she’s a football fan. She’s always tweeting about plays in different games, about cheering on different teams, and about her love of sports. We guess that makes sense being that she’s part of the Sports Illustrated family these days. Sounds exciting and fun to have this opportunity, and we know that she’s loving it up.

While scrolling through her Twitter feed, we found that she’s a fun-loving woman who has a great sense of humor. Asking her fans and followers if they think that it’s okay for her to spray some Febreeze in a car she’s taking to get somewhere because it’s the most foul smelling car she’s ever been in. She feels that if she sprays it on herself like it’s wrinkle release and starts tugging at her clothes, it will seem totally normal and like she’s just trying to get herself together when she’s really trying to work on getting the car to not smell like the most awful thing she’s ever encountered. I’m with her after being our black car service in NYC recently smelled horrible and my great friend actually sprayed herself with perfume so we could all breathe easier. 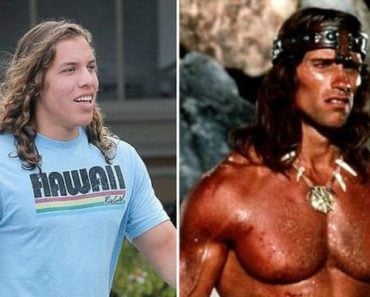