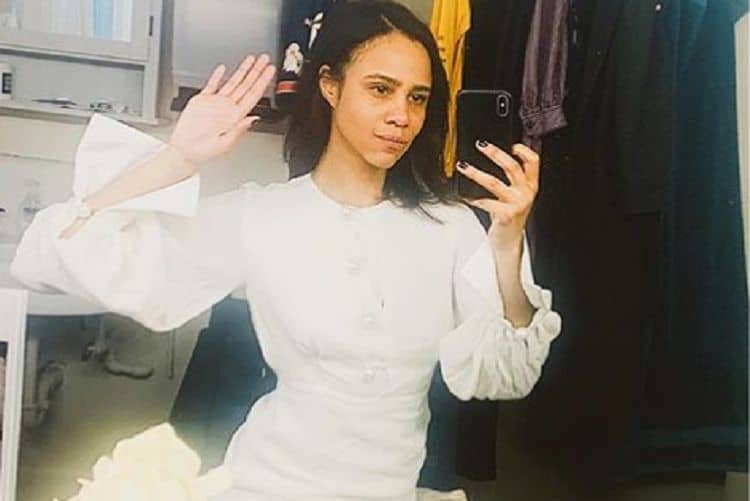 Being a public figure is a lot of hard work, and Zawe Ashton knows all about it. She’s been in the Hollywood game for some time now, but her most recent relationship has brought her more attention that she might want in her life. She may not be as accustomed to the spotlight being on her personal life so much as her professional life, but she’s going to have to get used to it if she really does decide that a relationship with someone like Tom Hiddleston is a long-term situation. She’s been in the news a lot, and we want to know more about her.

She looks a lot younger than her 36 years, doesn’t she? She was born July 25, 1984. She’s aging with natural grace and beauty, and we love that about her. We also love that she was born in the 80s, which is the decade in which we believe that all of the coolest people grew up.

She is not an American actress, even though there are some who didn’t realize that. She was born and raised in London. Hackney, if we are being specific about where she was raised. Her father is English, but her mother is from Uganda. They met, fell in love, got married, and had their daughter.

She comes from a big family. She’s the oldest of three. She has two younger siblings, though we don’t know if they are sisters, brothers, or one of each. She’s the oldest though, so we know she’s always been the most responsible, and probably the one who is perpetually annoyed that her younger siblings got away with more than she did being the oldest. It happens. We know this firsthand.

4. She’s Got Some Important Family

We mentioned above that her mother is from Uganda. However, did we mention that her grandfather – her mother’s father – was actually the Prime Minister of Uganda? His name is Paulo Muwanga. She may not have grown up in her mother’s home country, but she does know a lot about that part of her heritage thanks to her mother’s family.

5. She’s Always Been Into the Arts

From the time she was a child, she’s been into the creative arts part of her education. She attended a school for the arts growing up, and she always felt a calling to this type of work. She’s always found her passion in both writing and in her acting, and we applaud her for knowing from such a young age that she would make her dreams come true.

6. She’s Always Been a Writer

Her entire life, she’s loved to write. And, she’s good at it. She’s been writing forever, but she decided in her teens that she would start entering contests with her poetry. It was a wise decision when you take into account how many awards and competitions she was as a result of that work.

It’s been months of speculation as to whether she is dating Tom Hiddleston after they met a while back on a project they were both working on. However, she’s said nothing to the sort. There has been a lot of speculation, no answers, and even some denial. She’s not saying a word to anyone about it, and neither is he. They are keeping this to themselves.

8. She’s Moved in With Her Man

There are so many rumors about her life and how she’s been living it lately. She has, as we mentioned above, denied any sort of romance with actor Tom Hiddleston. She’s not said a word about it to anyone, and she’s not trying to, either. However, her friends and family all seem to want to share with the world that the couple has moved in together to a home in Atlanta, Georgia.

It’s not easy to be as private as you’d like when you work in the public eye, but she’s done a remarkable job of it. We imagine that having a grandfather who is a prime minister for a country has taught her a lot about living under the radar, saying nothing about her personal life in the public, and just leaving things be. She’s done a good job of it, too.

10. She Met Her Rumored Beau on Broadway

When the two decided to star in a Broadway production of Betrayal in London’s West end and Broadway, they began the whole dating thing. There were rumors. There was a lot of speculation. There was a lot going on that she wasn’t aware of, and the couple did not really seem to care how many rumors were floating around about them at the time.