Home
Movies
Will Wong Die In Doctor Strange and the Multiverse of Madness? 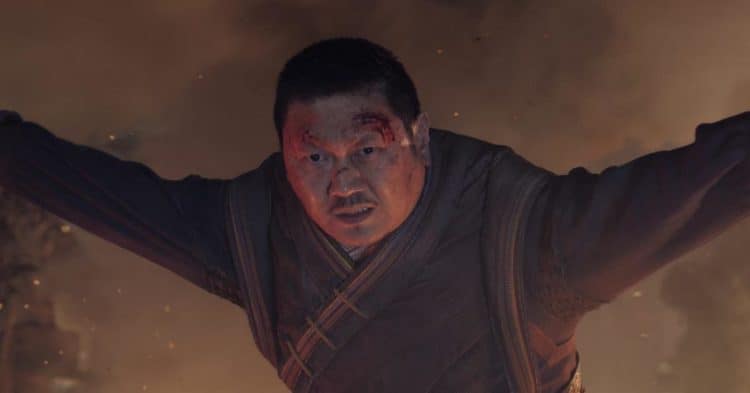 I think that if we had to rank sidekicks in the Marvel Cinematic Universe, then Wong would be at the top of the list. It’s a tough competition, but I think this guy has many layers to his character that ranks him above the rest. For one, he’s been fighting for the sorcerers against the mystical threats to the world long before Stephen Strange joined them. The funny thing is, compared to Karl Mordo and the Ancient One, Wong wasn’t much of a mentor figure to Stephen. He was actually supposed to keep Stephen in check while he was learning the basics of sorcery, but that didn’t last. How funny was it watching Stephen using portals to steal books right under Wong’s nose while he was listening to Beyonce? Even though Wong would later tell on Stephen, this was actually beginning of a strong partnership. It even started to form into a friendship when Stephen vowed to make him laugh. And by the end of Doctor Strange, the sarcastic Stephen finally succeeded. It was a nice moment between them, but with the Ancient One dead and Mordo walking a different path, the responsibility of the Sorcerer Supreme fell to Stephen Strange. He became the master of the New York Sanctum Santorum, while Wong became his right-hand man.

After the first Doctor Strange, we got to see few moments of their chemistry developing. We got to see them fight together in the beginning of Avengers: Infinity War and at the end of Endgame. Speaking of that, since Stephen blipped, Wong became the Sorcerer Supreme on a technicality. This was all revealed in Spider-Man: No Way Home, and we all know what Stephen pulled that is leading to the Multiverse of Madness. The many doors of the Multiverse are now open and everything coming through it will be running wild. Although this is Stephen’s doing, with Wong being the Sorcerer Supreme, he might have to face the heat of it all. Call me a Debbie downer, but I think that increases the chances of Wong meeting his demise. I mean, how else would Stephen become the Sorcerer Supreme again? I suppose that’s not the only way, but with all the chaos going on in the Multiverse of Madness, I have a bad feeling a major character will die. No question about it, the person who does die has to be an important character. Not only is Wong close with Stephen, but he is also his successor. He has magical powers and more experience than Stephen, making him an essential ally. We saw Wong warn Stephen not to use that spell in Spider-Man: No Way Home and I’m sure he’s not too happy with how he botched it.

This isn’t good for their relationship and I’m sure Wong will suffer for Stephen’s mistake. Now let’s go back to that very awesome trailer for the Multiverse of Madness. Towards the end, we saw Wong in what appears to be a very bad position and yells Strange’s name. I could be looking too much into it, but I think that’s a red flag. Wong seems to be in a bad spot and he looks like he’s been through a tough battle. The Shuma Gorath monster we saw in the trailer probably isn’t the only threat they’ll be fighting in the movie. From a vengeful Mordo, to an angry Wanda, and whatever multiverse variants or creatures they’ll come across, I think these guys bit off more than they can chew. This will by far be the toughest fight any MCU hero has to face. Luckily, Doctor Strange won’t be alone, but even Wong won’t be enough to help him. We know there are some new allies, such as America Chavez, coming to help him, but for the most part, these are new faces. Killing off some new characters we are not yet too familiar with wouldn’t have the same effect as killing off Wong. What are your thoughts, Marvel fans? Is Wong in danger or will he survive the chaos in the Multiverse of Madness?