Home
Television
E.R.
Why Mark Greene Was the Best Character on E.R. 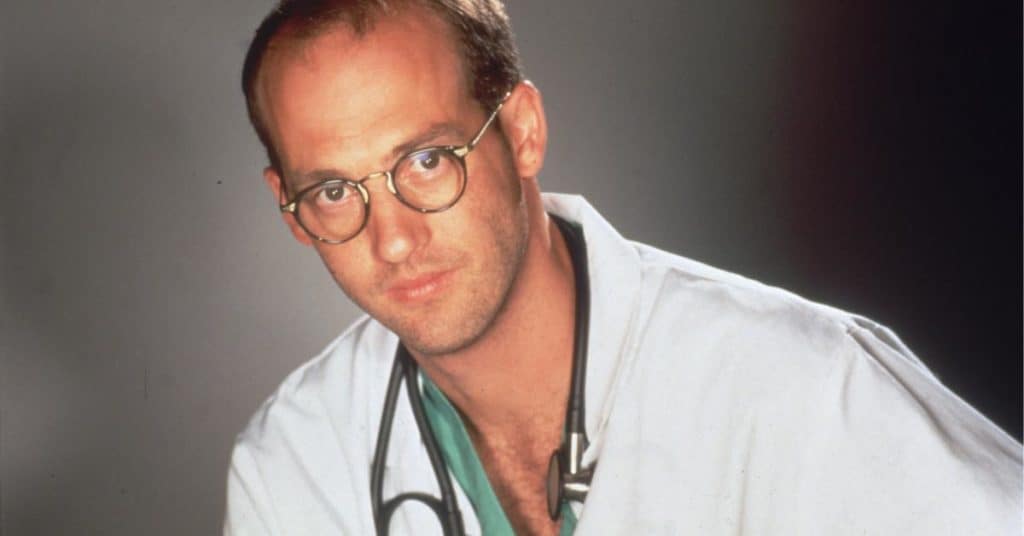 Some might have put Dr. Ross in this position simply because people love George Clooney so much, but overall and all around, Dr. Greene was actually a better character since he had just as much depth if not more and had a definite character arc that took him from start to finish in a manner that allowed people to see him as a living, breathing being and not just another character on the screen. His life was a bit of a tragic one since he didn’t get along with his father initially as a kid it sounds like, and he was a trusting and caring individual that had to watch his marriage crumble since he and his wife were more like ships passing in the night rather than partners in an equal union. That’s what life as a doctor appears to be sometimes though since the care and attention needed by the patients and the demands of the profession tend to get in the way of a relationship. Some people can make it work, others can’t find a way, and as a result, the private lives of some doctors are a bit sad.

Greene’s time on the show saw him go from having a wife and child to being the kind of guy that moved from woman to woman, and then back to having a wife and child once again before the character developed a brain tumor that was operated on once but came back a while later. He wasn’t a perfect character, but that was likely why he was easier for so many people to relate to since he had flaws and was someone that had to deal with his own issues from time to time. Sometimes he wasn’t at fault, and at other times he fanned the flames of whatever problem had developed, much as many people do from time to time.

E.R. was a show that, much like many similar programs, took on a very dramatic look and invited people into the personal lives and dealings between the main characters and anyone and everyone that impacted their lives in one way or another. Greene was one of those that was fully integrated into the hospital scene and sometimes felt more like a real person when he was in his scrubs than he did when he was away from the hospital and trying to live his life. It sounds kind of harsh to say, but he was a better doctor than anything else at times since it appeared to make sense in a big way that was hard to admit to but was undeniable. Some people can make life make some kind of sense on multiple levels, while others tend to excel in one area of their life or another, while they might fail or at least falter in other aspects. Being a doctor is a full and very demanding lifestyle as many might agree, and making enough time for everyone in a person’s life might not always be as possible due to various demands on a person’s time. This was more than evident with Green since he did everything he could to make his life work, but after a while, things started to fall apart.

But where some people might have folded and given in to despair or depression, Greene moved forward in a manner that wasn’t always perfect but was enough to keep him from sinking into the mire that some people find themselves in after a break-up or a divorce. Considering the time period in which E.R. was popular, Greene was a great character since a lot of people were able to identify with the struggles he had to go through and the impact that it created on all of those that interacted with him. In a lot of ways, those that he interacted with didn’t feel the overall impact, but it’s hard not to feel for someone that’s a generally decent person when bad things happen to them. A lot of fans happened to have loved Greene, but there were those that didn’t care for him as much. How great or how despicable a character on a TV show really is kind of up to the perspective of the audience, and to be certain, Greene has been seen in a good and bad light.

Out of all the main actors on E.R., Greene was one of those that a lot of people looked up to and felt was perhaps among the few that deserved a bit better than what he received. In fact, his death was actually quite a blow to a lot of fans. But the reason for this was because the actor, Anthony Edwards, wanted to move on to other things to expand his career. He did come back for a few flashbacks years after he’d left the show, so let it never be said that he didn’t care enough about the fans.