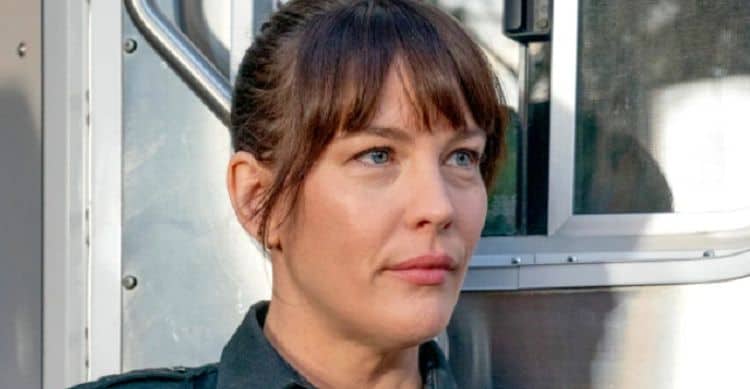 COVID-19 is still mucking about and making life difficult for those in show business as Liv Tyler of 911 Lone Star has left the show after one season in order to keep from having to make the commute from London to Los Angeles on a regular basis for shooting. Obviously at this time travel is back on for many people but it’s still being closely monitored and the stress of flying anywhere these days is taking a big toll on a lot of people that happen to rely on the airlines as their mode of transportation. While her role won’t be recast it does sound as though her part was played out to the point that her arc is complete and won’t be needed as much in the coming season. Liv isn’t the first person to quit a show following the first season, but the coronavirus is definitely still making people’s lives a bit more difficult than they need to be since simply moving about from one place to another is a serious pain in the backside sometimes and being around people is still something of an issue since many people are more than willing to fight over the idea of wearing a mask and some are adamant about not wearing one. But the kind of commute that some actors need to make for certain roles is even worse since at times they’re required to take long trips to reach the filming site.

It feels like an interesting question to ask when thinking about whether Liv would have stayed with the show or not past the first season if the coronavirus had never been an issue. Obviously this is a hypothetical that’s pure fantasy since the virus isn’t currently going anywhere and the hopes of a vaccine coming out eventually is what’s keeping some people going. But thinking that she might have stuck around if her character’s arc was already completed is difficult to say since one arc is over there’s always the possibility of a character moving on to another stage of development, but it’s also possible that they might take off for a bit so that the actor can pursue other opportunities. It’s already been mentioned that it would be nice to see Liv come back to the show sometime in the future, but as of now she’s taking off and the next actor in line will try their hand at helping the show to remain as popular as it’s become. That’s the one thing about show business, there are always plenty of people already in place that are fully prepared to take over or hundreds more that are working their way up to star status and just need the right push. Despite the fact that her fame was kind of manufactured in a way, she is the daughter of famed musician Steven Tyler after all, Liv has still had to work her way forward and earn her spot when it comes down to it.

The funny thing about that is that Liv had no idea that Steven was her father for much of her young life, as Steven had had a fling with Liv’s mother, and as a result of Steven’s lifestyle Liv’s mother didn’t want her daughter getting to know him early on. But once it was discovered the two had a struggle to get to know each other. Now when people see them they can easily tell that Liv and Steven get along perfectly and are easily one of the best father/daughter pairs to ever grace show business. But Liv has done her bid as an actress and spent the time needed to become a serious performer that’s loved by many and respected by everyone. It’s fair to say that her career will do just fine following the end of her time on the show, and we’ll probably see her pop up somewhere else at some point since she’s been one of the many actors in Hollywood that’s been fairly steady for the last several years. One might think that her youth is swiftly retreating and along with it her career, but the truth is that she’s managed to hang on and diversify over the years and has continued to be the talented individual that many people have come to know her as. Thinking that she’ll just give in and go away at any point is a flawed way of thinking since she’s come this far and done so much already that she’ll find something pretty easily no doubt.

Shows come and shows go and actors tend to jump from one to the next fairly often in show business since like anyone in life they go where the money is and where they figure they can do the most good. We’ll see Liv again at some point, there’s no doubt of that.